How Much Are We Really Paying for Cheap Gas? 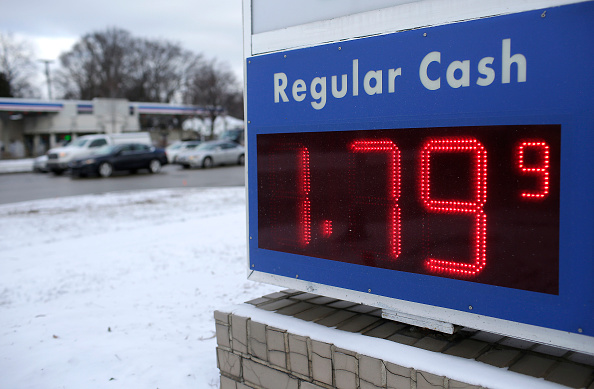 All across the country, American families are feeling the squeeze on their wallets ease up a little bit due to falling gasoline prices. The dramatic decline in the price of crude oil over the past few months has pushed the average price for a gallon of gas below $2 per gallon in many places — levels we haven’t seen in well over a decade. However, while there’s little doubt that such a big price drop has been a boon for middle and lower class Americans, it’s important to take a critical approach to what you’re paying at the pump and why.

At an average price of about $2 a gallon, gasoline is in the same price range as some brands of bottled water. This is truly incredible, considering the massive costs of exploration, drilling, extraction, processing, and shipping associated with oil and gas production. Somewhere along the line, all of the costs associated with actually attaining gasoline are absorbed in order to deliver a relatively inexpensive product to consumers looking to fill their gas tanks. The fact is, we don’t actually pay a genuine price for gasoline, not even close. According to research from The Center for Investigative Reporting, released in 2011, the actual price of a gallon of gas may be more than $15 per gallon. Americans, of course, would never stand for that, even as many European nations often pay two or three times the amount we do.

To be frank, Americans — though we often feel entitled to cheap energy — are getting a huge deal on gasoline.

One of the reasons — perhaps the main reason — that gas is so inexpensive is because Americans don’t pony up nearly enough taxes on what we buy. Gas prices have been subdued because we have not raised taxes on petroleum in more than 20 years. The Washington Post reported last year that we pay about 18 cents per gallon in taxes. If that number were tied to inflation, it would be 24 cents, and if it were indexed to the price of gas itself, it would be 35 cents. This is important because those gas taxes are what is used to fund infrastructure projects through the National Highway Trust Fund, which The Hill reports had a $16 billion shortfall last year. In a time when infrastructure all cross the nation is already old, and sometimes crumbling beneath our tires, this kind of fiscal shortfall is something that needs to be addressed.

The other big thing that keeps gas prices so low? Hand-outs to energy companies, which end up costing tax payers billions annually. According to environmental group Oil Change International, $18.5 billion in subsidies went to the fossil fuel industry in 2013, and those subsidies have increased in value by 45% since President Barack Obama took office. This is essentially a transfer of cost burdens. Though everyone benefits from a strong transportation system (Food has to make it to the grocery store somehow!), these subsidies help keep fuel prices artificially low.

On top of that, a considerable amount of resources are spent to protect the interests of the fossil fuel industry as well. The amount of money spent on foreign engagements, military conflicts, and general diplomacy in an effort to secure access to oil in the Middle East and other parts of the world is enormous. Time suggests that, since the 1970s, the U.S. may have spent up to $8 trillion defending oil interests in the Persian Gulf region alone.

These subsidies offer a way for taxpayers to publicly fund the gas industry, allowing for prices to sink as low as they have recently. Otherwise, we would be paying more — a whole lot more — than we are right now.