How Much Could GE’s CareCredit Go For? 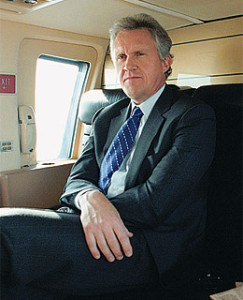 Reuters reports that General Electric Co. (NYSE:GE) is gearing up to sell its CareCredit healthcare financing wing. The unit, which is located within the GE Capital financial arm, could be valued at nearly $2 billion. According to data compiled by the Fed, GE Capital’s assets are larger than all but six U.S. banks.

Goldman Sachs Group Inc. (NYSE:GS) has been hired by GE to oversee the sale process and to bring in prospective buyers, which includes several banks and at least one financial services firm. Several sources have reported that the deal has been in the works for a month with Goldman Sachs now fielding a second round of bids on the company’s behalf.

CareCredit offers short-term financing to consumers for healthcare expenses uncovered by insurance. The unit was founded in 1987 and offers a credit card, which can be used to pay for expenses such as dental care and eye glasses. According to the CareCredit website, over 150,000 enrolled providers accept the credit card around the country.

GE CEO Jeff Immelt said in May that the company plans to take action in order to shrink the size of its business. In order to accomplish that, GE is deciding whether to sell off parts of GE Capital through an initial public offering. The move comes after GE Capital was named as a serious risk to the U.S. financial system by the Federal Reserve. After facing heightened regulatory inspection, GE looked to shrink the company by 30 percent.

GE Capital currently operates at about $419 billion. The goal is to shrink that number down to about $300 billion to $350 billion by the end of 2014. GE is hoping to focus its attention more closely on industrial equipment production, such as locomotives and jet engines, despite its success as a bond seller. In 2012, its bond sales reached $32 billion making it the biggest bond seller in the U.S.