Here’s Why You Will Never Feel Rich 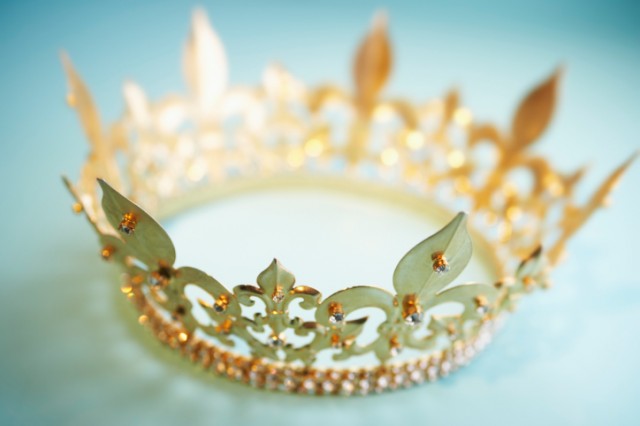 Pew Research reports that in 2012, 3.55 million hourly workers earned at or below the minimum wage. The income curve in the U.S. resembles a backwards L, with the majority of the country earning under $100,000 and only a small portion (less than 1 percent) earning above $1 million. The median, well, they earn a little over 50 grand each year, but that’s not always enough to cover all of the expenses and still have enough left over to plan for the financial future.

According to data published on Bankrate, only around one out of five Americans earns six figures. With a large portion of the population earning five figures, does this mean anyone who earns six or more figures is rich? A $100,000 salary doesn’t sound like the salary of a rich person, does it? If $100,000 isn’t the number, what is?

Rich is defined as having abundant possessions and especially material wealth. So by definition, being rich is having “a large amount of wealth” or “having more than enough,” regardless of how much anyone else has or how many people have as much as you do. This means, your income level can be in the top 1 percent, or even the top .1 percent, and you can still not be rich.

Other measures, like intelligence, are often compared against the rest of the population. For instance, Mensa members score in the top 2 percent of the population on standardized tests, and colleges admit students based on their class rank and relative test scores.

Because your wealth generally isn’t determined by how you compare against others, but more so, how you manage your own, it’s difficult to attach a number to the term “rich.” It’s almost like attaching a set of personality traits to the word “normal.”

If you were to hand a child $1,000, they would think they were rich because for a child, this is an abundance of money. However, if you give an adult that same $1,000, an adult would not view that $1,000 as nearly as much money. The adult could cover a few bills, maybe buy some groceries, and then that sum of money would quickly be gone. 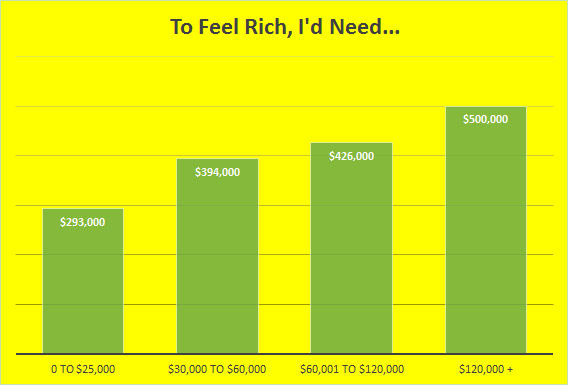 Learnvest recently asked people at different income levels how much money they’d need each year to feel rich. The results were as follows:

How much of an annual salary would you need to feel rich?