How Much Will Health Care Cost You in Retirement? 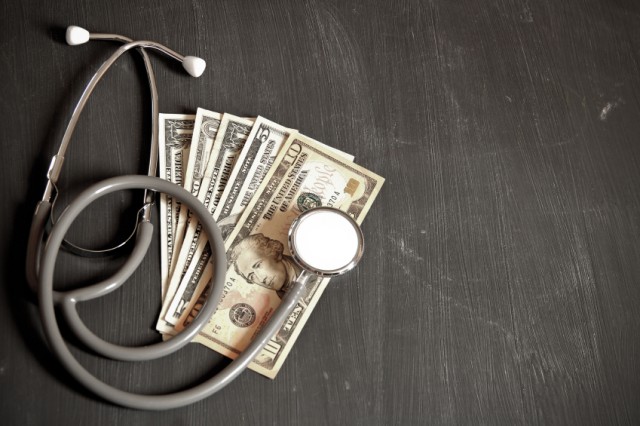 Health may equal wealth, but at what cost? A satisfying retirement has a myriad of meanings, all of which typically rely on good health. Whether you plan to travel the world, spend time with family, or give back to the community, you’ll need good health to achieve your so-called golden years. You’ll also need a sizable amount of funds to pay for it.

Health care is the one spending category that consistently fails to decline in retirement. The average annual out-of-pocket health care cost for a household between 65 and 74 years old is $4,383, which accounts for 11% of total household spending, according to a new analysis from the Employee Benefit Research Institute (EBRI). Out-of-pocket expenses jump to 19% of total household spending at an annual average of $6,603 for households at least 85 years old.

The analysis breaks down recurring and non-recurring health care costs. The average expenditure for recurring expenses such as doctor visits and prescription drugs total $1,855 per year for the Medicare-eligible population.

Assuming 2% inflation and modest 3% returns, a person with a life expectancy of 90 would require $40,798 at age 65 to fund his or her recurring expenses, excluding insurance premiums or over-the-counter medications. Non-recurring expenses such as hospital stays and overnight nursing-home stays are even more burdensome, with the average bill hitting $24,185 for people at least 85 years old.

The EBRI analysis does not seek to provide the exact amount you will need for health care, but rather show how expenses can vary between recurring and non-recurring costs. People should plan accordingly based on their own estimates and needs. However, a separate EBRI study finds that to have a 90% chance of covering all health care costs in retirement, a man and a woman would need about $116,000 and $131,000, respectively.

Unfortunately, saving money for health-related costs in retirement appears to be stuck in the waiting room. A recent survey from the AARP finds that 55% of working Americans older than 50 believe they will not have enough money for health care as they reach retirement, while 38% say they haven’t saved anything for such expenses. Almost 70% believe they should have started saving at age 35 or younger, but only 28% actually did so. Making matters worse, 44% do not have any plans to start saving in the future.

While Medicare only covers about half of health care costs, it is the most commonly reported strategy for affording medical expenses in retirement. In order to account for financial shortages, 57% of workers 50 and older plan to work past age 65, including 18% who believe they will never retire. Workers age 60 and older (24%) are more likely than workers ages 50 to 59 (14%) to say they will never retire.