How Self-Driving Cars Will Save Americans Thousands Every Year 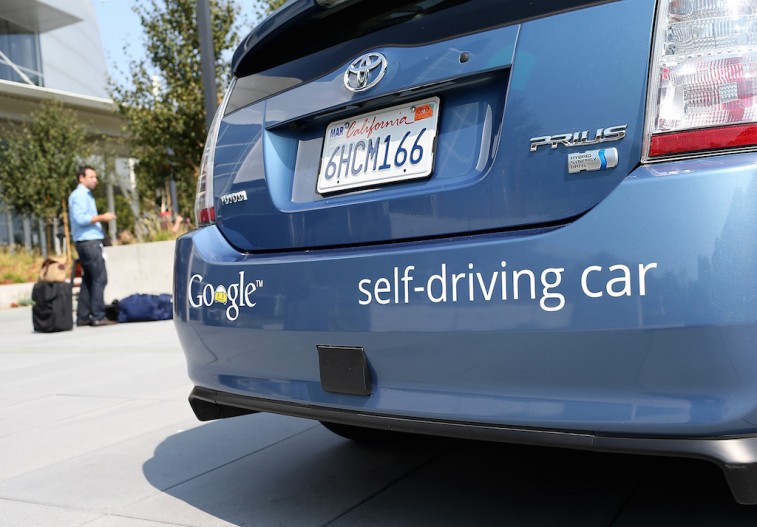 Not owning a car could become the new normal. | Justin Sullivan/Getty Images

If you ask most people about self-driving cars, you’ll see their eyes glaze over and find conversation impossible. We can’t blame them. After all, we’ve been hearing about autonomous driving and the “revolution” it will bring for years. Yet every day, we’d bet 99% of Americans get into their cars and don’t use any autonomous features.

This situation will change in about 10 years By the early 2020s, once lawmakers wake up to the fact that robots (i.e., computers) drive safer than people, regulators will allow the first fully autonomous vehicles on the road. A few years later, you’ll start seeing two-car garages disappear in housing plans. People won’t need (or want) to own cars and endure their various expenses if there is a cheaper alternative.

Electric vehicles, with fewer parts to maintain and no gas to burn, could be that cheaper option by 2022. However, things won’t get really interesting until they operate by themselves, on demand, later in the decade. At that point, people won’t need money for gas or the other stuff that saps your paycheck every month. In fact, one projection has Americans saving over $5,000 per year with autonomous cars, Here’s how those savings break down.

According to RethinkX, a think tank that completed a comprehensive study on self-driving cars, fleet-owned electric vehicles could cover 95% of passenger miles by 2030. The new business model, transport as a service, would provide on-demand travel at all hours of the day. With this service at hand, most Americans would no longer need to own a car.

Tony Seba, one of the entrepreneurs behind RethinkX, estimated that savings to be part of the $5,600 most American families would pocket every year. With leases starting around $250 and payments on a $25,000 vehicle near $400 per month (after 20% down with a five-year loan), this burden could quickly cease to exist.

Next: A difference of trillions for American consumers 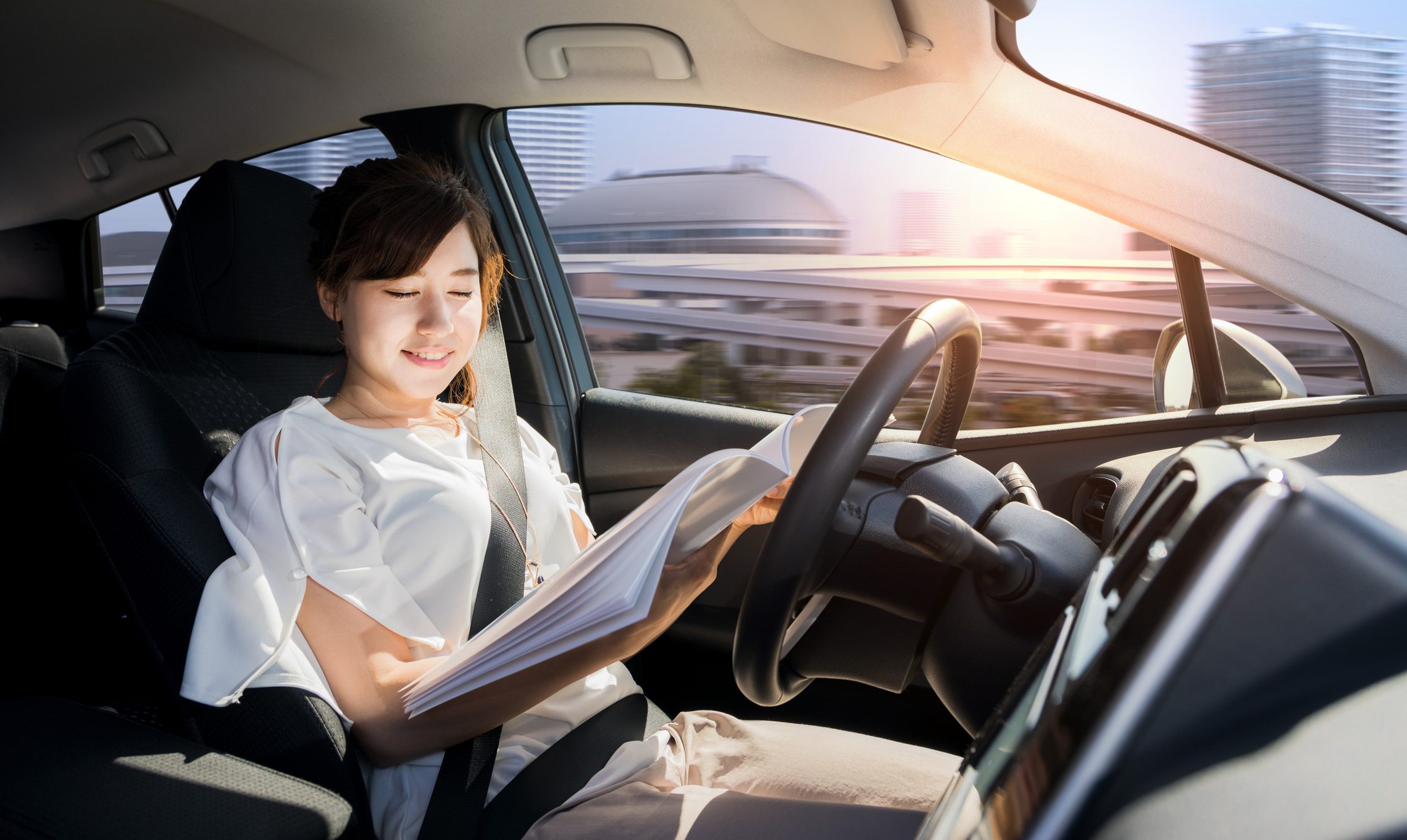 Overall, Seba and his team at RethinkX projected a boost in disposable income totaling $1 trillion by 2030. Because how consumers spend their money accounts for 71% of the GDP, the economic impact would be staggering. But that’s not the end of the story. RethinkX also forecast a $1 trillion leap in productivity once people reclaim the time they used to spend sitting in traffic and driving to work.

If you were in a driverless vehicle, you could feel free to make that important call or prepare that presentation. These would be productive hours. Even considering how many jobs the economy would lose in an autonomous driving future, the gains would far outweigh any losses. 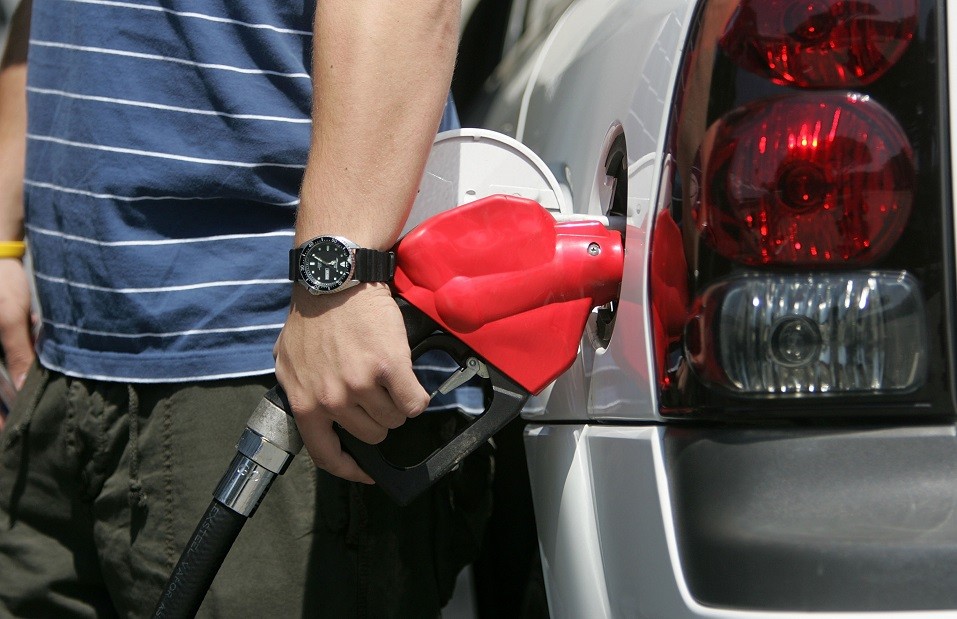 Gasoline could become a thing of the past. | Justin Sullivan/Getty Images

Without a car to worry about, Americans wouldn’t have to pay for the fuel powering the vehicles any longer. Those savings would add up quickly. The U.S. Department of Energy estimates Toyota RAV4 owners spend $1,500 on gasoline every year for the 25 mpg vehicle (15,000 miles). But what happens when there’s a fuel embargo? After all, airlines and taxi services added surcharges during the Great Recession when oil prices rose.

Well, cars won’t run on gasoline by 2030. Most will be EVs running on battery power, while others will have hydrogen fuel cells and electric motors. These vehicles should run entirely on renewable fuels, which we imagine would simplify U.S. policy in the Middle East and Russia. Many countries plan to ban gas-powered cars by this period, which is why oil companies stand to lose so much.

Next: Drivers spend an average of 17 hours and $345 per year on this useless activity. 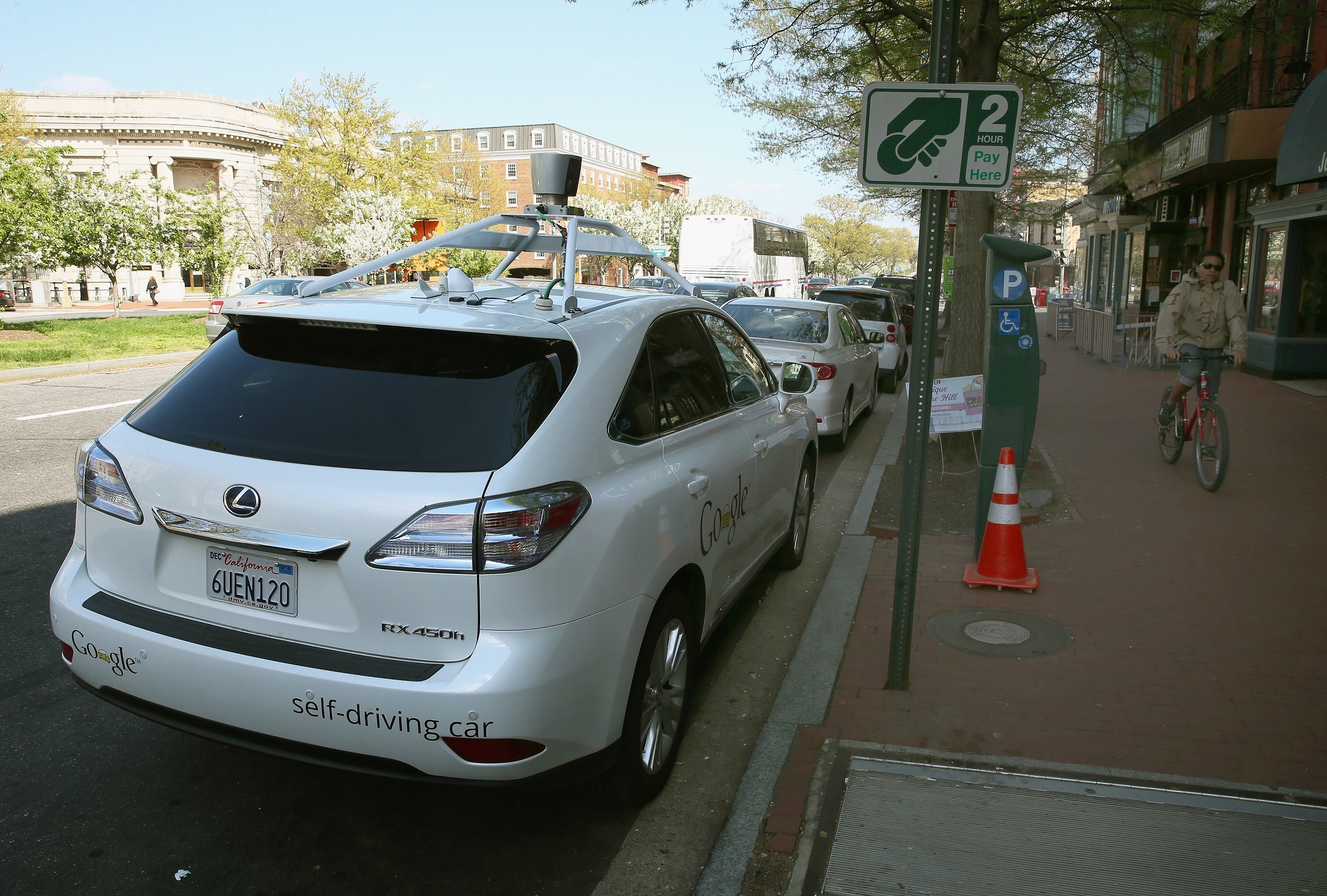 If you want to think about the real costs of driving a car, think about the impact on your time. The time drain includes trips to the gas station, regular maintenance, occasional repairs, washing, and (most of all) parking. According to a study INRIX, Americans waste an average of 17 hours and $345 per driver on parking alone.

In big cities, the number is much higher, with New York drivers wasting 107 hours and $2,243 worth of time, fuel, and emissions. How much would you pay to get between two and 12 work days’ worth of time every year? If you don’t have to park, you can spend your life on far more productive activities.

Next: Tally up the lives lost and cars wrecked. 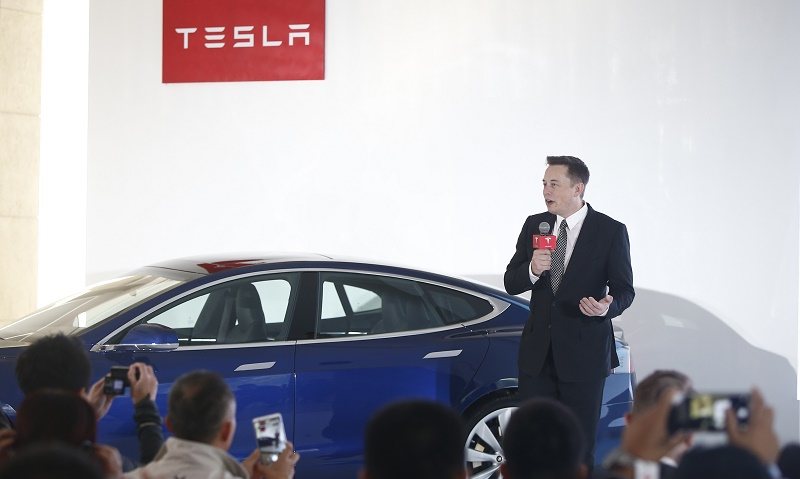 Most crashes are caused by human error. | VCG/Getty Images

Maybe the biggest case for self-driving cars comes down to safety. In 2015, America saw a major rise in crash deaths, and the number went up again in 2016. Cheap gas got drivers back on the road in record numbers across this two-year period, and with those extra miles came thousands more dead.

According to most estimates, human error leads to over 90% of fatal accidents. Putting robots in charge might involve a few software glitches and other mishaps, but this system would reduce traffic deaths on a massive scale. This change would drop insurance costs as autonomous driving caught on until people no longer owned cars and therefore had no need to insure them. Currently, drivers in 10 states pay $1,500 or more on insurance alone. 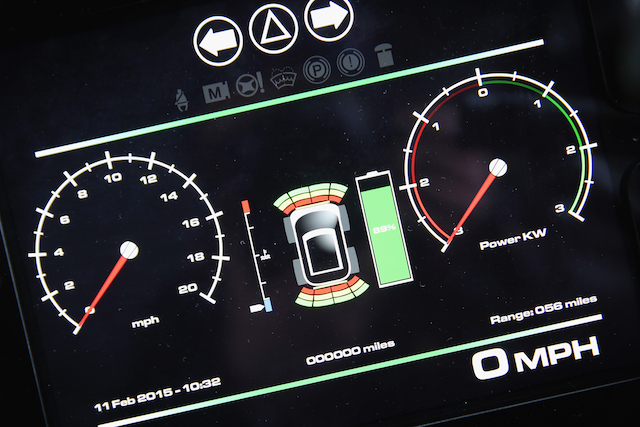 Your car would make those speed decisions for you. | Dan Kitwood/Getty Images

If you speed or otherwise run afoul of the law in your car, you know how much these mistakes cost you. Autonomous cars might not give you the thrills of a new Camaro, but they are guaranteed to get you to your destination at the legal speed limit. As much as passengers might want to hack into the vehicle and raise that speed, it wouldn’t be possible.

Because everyone would be in an autonomous car and you wouldn’t be facing drunk drivers, another way to think of it is a world full of designated drivers. Not only is it much safer, ensuring you’ll get to work on Monday, it’s also a guaranteed way to avoid those stiff DUI fines.

Next: Maybe you wouldn’t need a new transmission. 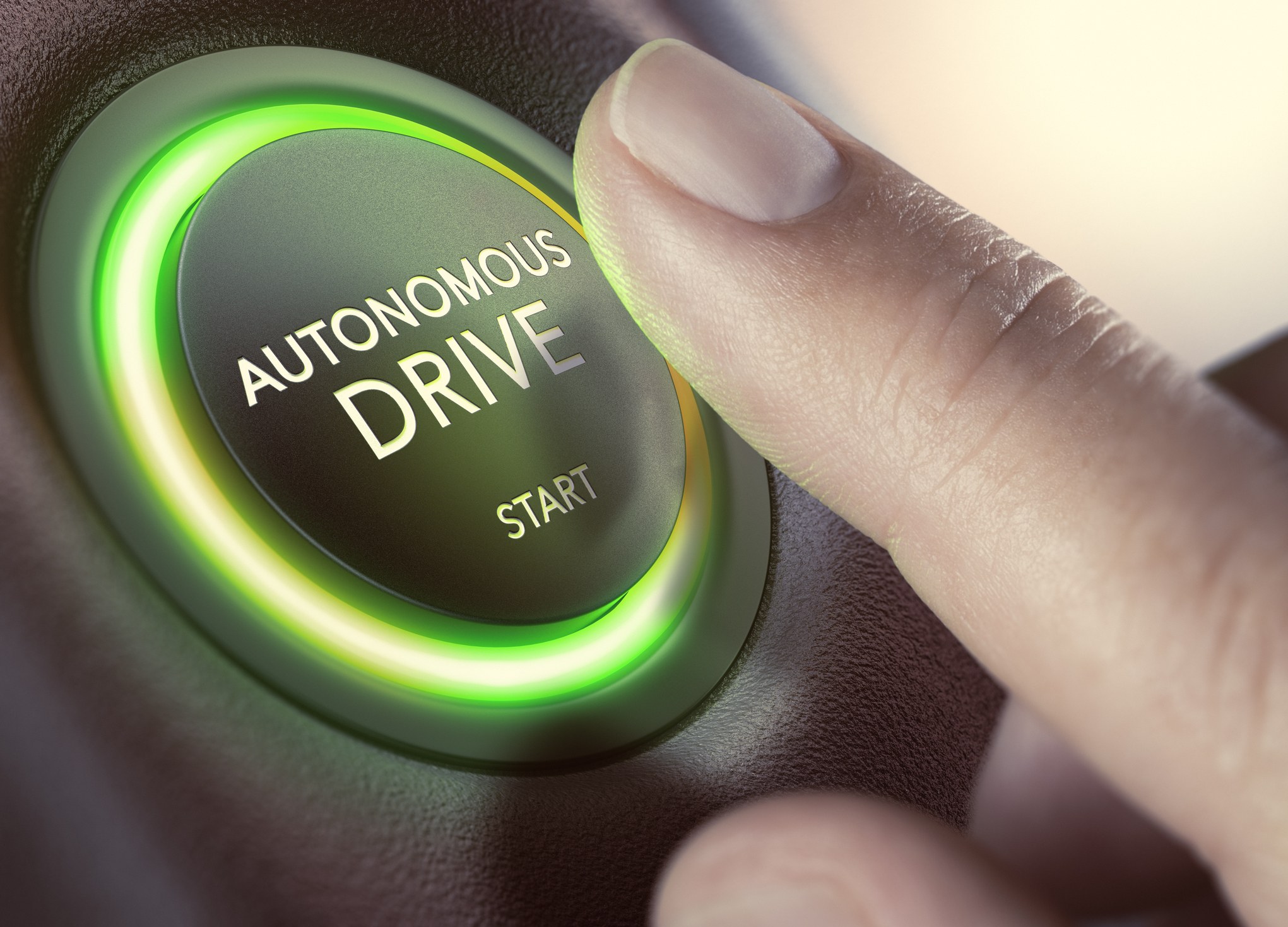 Without a car in the garage, you escape its inevitable breakdown and the expensive repairs that go with it. Every type of vehicle requires hundreds (usually thousands) in maintenance costs per year, and the impact on owners gets worse after warranties expire. In the system, where it’s the automakers’ problem, you’d escape these costs. (Raise your hand if you think cars will be more reliable once automakers keep the vehicles they produce.) 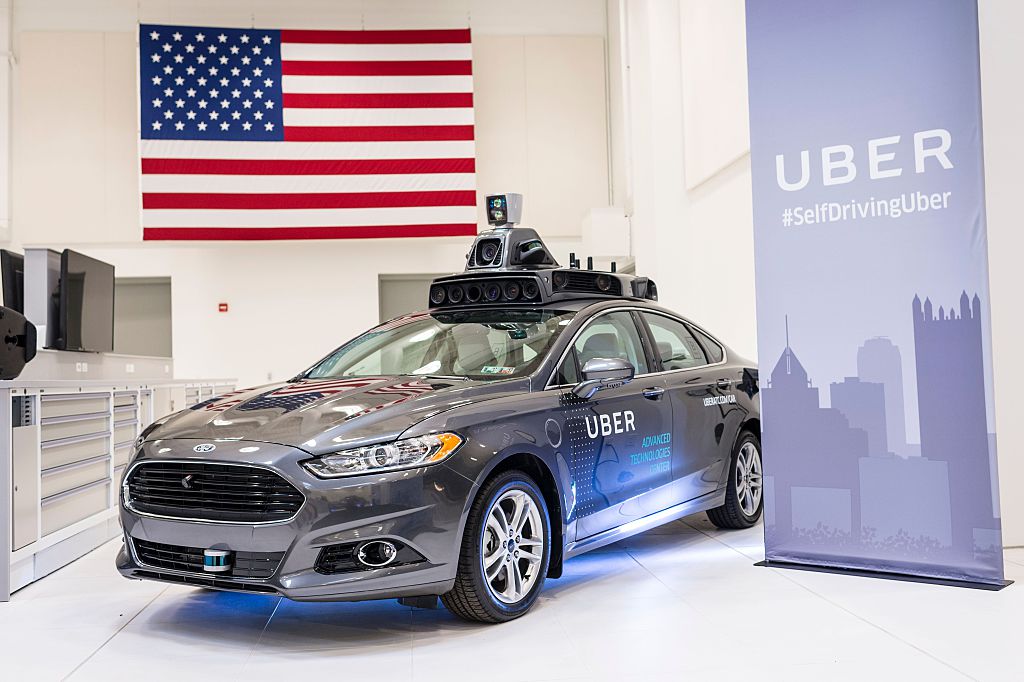 Your Uber could be paid for by ad sales. | Angelo Merendino/AFP/Getty Images

How can a ride become free in the future? Simply ask yourself how news and entertainment writing became free. For example, what you are reading now did not cost you anything in subscription fees because online writing is supported by ads. When transportation companies no longer pay for drivers and maintenance expenses are minimal, ad-supported rides will become viable

According to a CNN report on autonomous driving, taxis could cost as little as 35 cents per mile by 2030, opening the door to ad-based transit. In this scenario, companies covering the cost of the ride would happily write off $5 or so to land a new customer. Free shuttles to ballparks and nightlife hubs would pay for themselves.