How the Export-Import Bank Became a Tool for Monopolists

One issue that keeps bubbling up in the current news cycle is the Export-Import Bank of the United States. Most people are completely unfamiliar with this organization and what it does, but it has been receiving plenty of attention from our representatives on Capitol Hill, as well as business leaders across the country. The current issue? Its government authorization is about to expire, and nobody is certain how to go forward.

The Export-Import Bank is the self-described “export credit agency of the United States,” and basically helps U.S. companies finance the export of goods or services to overseas markets. In its own words, the “Ex-Im Bank does not compete with private sector lenders but provides export financing products that fill gaps in trade financing. We assume credit and country risks that the private sector is unable or unwilling to accept. We also help to level the playing field for U.S. exporters by matching the financing that other governments provide to their exporters.”

Essentially, the issue our policymakers are currently faced with has to do with the agency’s expiring authorization. What makes this a particularly tricky issue is that the organization doesn’t just fulfill a significant role in American business, it’s also incredibly controversial, and that’s why it has hit the spotlight.

There are pros and cons to each direction our leaders ultimately decide to take, and lots of special interests weighing in on both sides. For supporters of the relationship, the most important thing that the EIB does for America is help businesses create jobs. Typically, this comes from the pro-business viewpoint, which sees the EIB’s involvement as a catalyst for generating revenues and employment opportunities. For example, the EIB’s annual report from 2013 explains that loans to African nations like Ghana and Nigeria allowed those countries to purchase goods like locomotives, fire trucks, and even a hospital from American companies. Estimates were that that helped create around 250,000 jobs in the U.S. 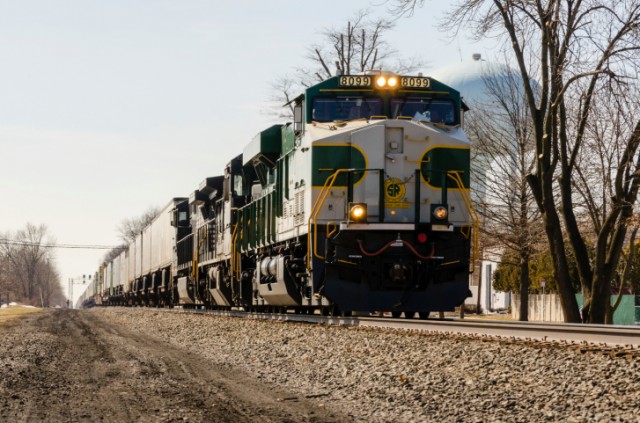 Without the EIB’s assistance, those countries would not have been able to afford those products, and American businesses would have ultimately missed out on the revenues generated, and workers would not have been hired to fulfill the companies’ needs. It’s these types of deals that make the EIB so effective on the international stage. Others see the entire system as a form of cronyism, however. The term ‘corporate welfare’ is often used to describe the relationship between the EIB and American business, and that’s exactly why there is plenty of interest in putting it to bed.

Most recently, the EIB and its relationship to the airline industry has been the source of the most hullabaloo. For years, the EIB has facilitated the sale of aircrafts to different countries, allowing foreign airlines to purchase American-made planes to add to fleets. As most companies don’t have the capital to make direct purchases, it naturally seeks out loans to fund its investments. Commercial banks often charge way too much in interest fees, making it an unattractive option. But the EIB charges considerably less, making its loans attractive.

These loans were originally meant to be a ‘last-resort’ for those who needed it, but utilizing funding from the EIB has become rather common. In fact, 26 percent of large aircraft purchases between 2008 and 2013 were backed by the EIB, according to the Government Accountability Office.

So how has this scenario earned the ire of market watchdogs? As The Washington Post explains, a view many people hold is that the EIB subsidizes foreign purchases of a select number of American companies’ products with taxpayer money. Obviously, the entire situation is very nuanced and has plenty of inner-workings, but on the surface, it appears that companies like Boeing are essentially raking in massive profits because of the EIB’s actions.

That’s basically how we end up with the pro-jobs and pro-business viewpoint standing up against the ‘corporate welfare’ mindset others hold. But what it truly boils down to is a matter of whether or not the EIB is actually pro-business or pro-markets.

A very clear and concise explanation between the two competing philosophies or ideologies squabbling over the EIB’s renewed charter comes from Ryan Young at the Washington Times. Young does a great job at explaining the differences between pro-business polices and pro-market policies, and how each can lead to very different outcomes.

“Pro-business politicians like to help specific businesses, as with the General Motors bailout, or subsidies to renewable energy firms. Pro-market policymakers aren’t concerned so much with individual firms, but with maintaining an open and fair competitive process, whereby companies succeed or fail on their merits,” he writes.

He continues on to say that the EIB is a classic example of pro-business policy. It has a history of favoring specific companies, like Boeing. In fact, Boeing makes up more than 40 percent of the EIB’s business, and rakes in a ton of revenues thanks to the preferential treatment it receives.

When cast in this light, the EIB seems more like a tool for businesses to use to help facilitate sales abroad, and more like yet another co-opted resource being used by a select few at the expense of many. While the EIB should be helping American businesses of all sizes and industries tap into foreign markets, it’s instead reserving its capital for selective business activity. This has an effect on the competitive marketplace overall, and can obviously breed corruption.

The EIB’s charter was originally set to expire on September 30, but a short-term extension lasting nine months was passed by Congress, meaning the fight will continue into 2015. This solves the issue for the time being, allowing legislators to instead focus on the upcoming elections while not ‘rocking the boat.’ When the topic does come up again in June, whichever way Congress chooses to vote will say a lot about where many legislators stand in terms of actually supporting free market ideals, or rather, keeping a handful of big businesses happy.

While it may have its advantages in short-term job creation and revenue generation, it appears that the Export-Import Bank may have outlived its usefulness after 80 years.