How to Get Your Boss to Give You a Promotion

We all want to believe we’re capable of getting a promotion, climbing the career ladder, and getting that corner office by the time we’re in the middle of our careers. But promotions aren’t a guarantee, and they’re certainly not given to people who don’t put in the effort first.

Getting a promotion is often a highly competitive venture, as positions higher up the ladder are often in smaller number than the qualified employees on lower pegs who are trying to fill them. Plus, there are plenty of pitfalls you might experience along the way, making it even more difficult to reach your career goals.

Despite those potential roadblocks, there are several practical things you can do to improve your chances of moving up in your career. For one, taking an active interest in your work could set you apart from your peers. A Gallup poll released in 2015 showed that just 31.5% of Americans were engaged at work. That might seem like a dismally low number, but it’s actually the highest level of engagement reported to Gallup since the organization began tracking the metric in 2000. What does that mean for you? If you can show a genuine interest in your responsibilities and strive to be on task throughout your day, you’re likely to be leaps and bounds ahead of many of your peers.

Still, engagement in your work is hard to prove, aside from meeting project deadlines and showing up in a timely manner each day. If you’re looking to improve your chances of a promotion with more concrete steps, consider adding these to your to-do list. 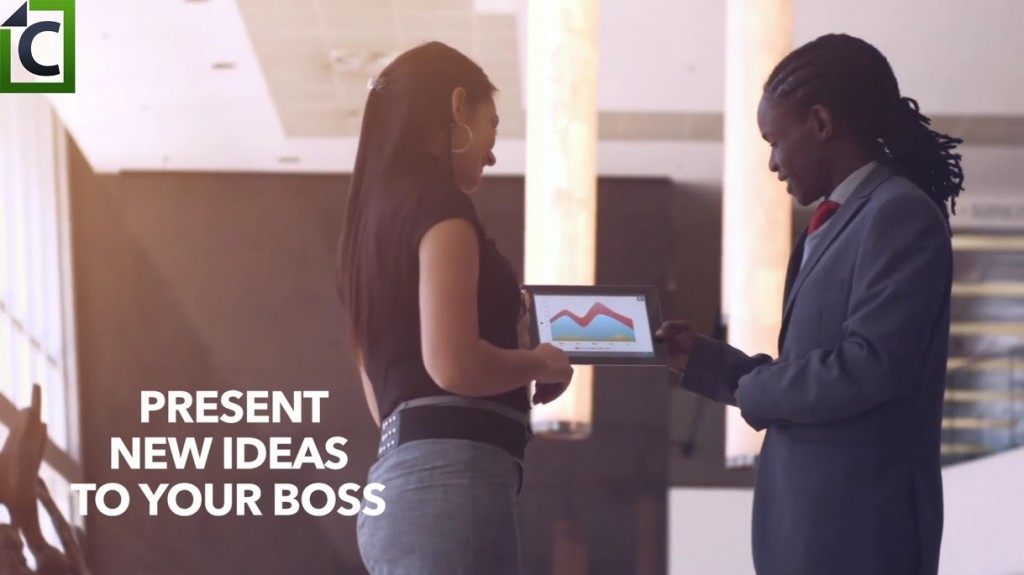 If you really want a promotion, you have to show your boss you can excel in the post you’re already in. That said, you also have to demonstrate that you can bring new ideas to the table.

There are plenty of ways to make sure your brainstorming skills are in peak shape. But once you have an idea, the trick is to sell it to your boss so you’re credited with creative and innovative work. By preparing extensively ahead of time, tailoring the idea to how it will benefit your boss and the company at large, and answering questions with confidence, you’ll be able to bring up new ideas that could very well be implemented, Michael I. Norton, an associate professor of business administration at the Harvard Business School, told the Harvard Business Review. “Shape your presentation so that it speaks directly to those benefits and the ways that your audience will reap them,” Review author Amy Gallo suggests.

In addition to presenting your own ideas, be thinking of ways to help with existing goals and targets. If you’re an integral part of making your boss look good by reaching their benchmarks, they’re more likely to remember your contributions when promotion time rolls around. “Find out how your boss is judged and how he gets a bonus,” Larry Myler, business strategist and author of Indispensable by Monday: Learn the Profit-Producing Behaviors That Will Help Your Company and Yourself, told Monster. 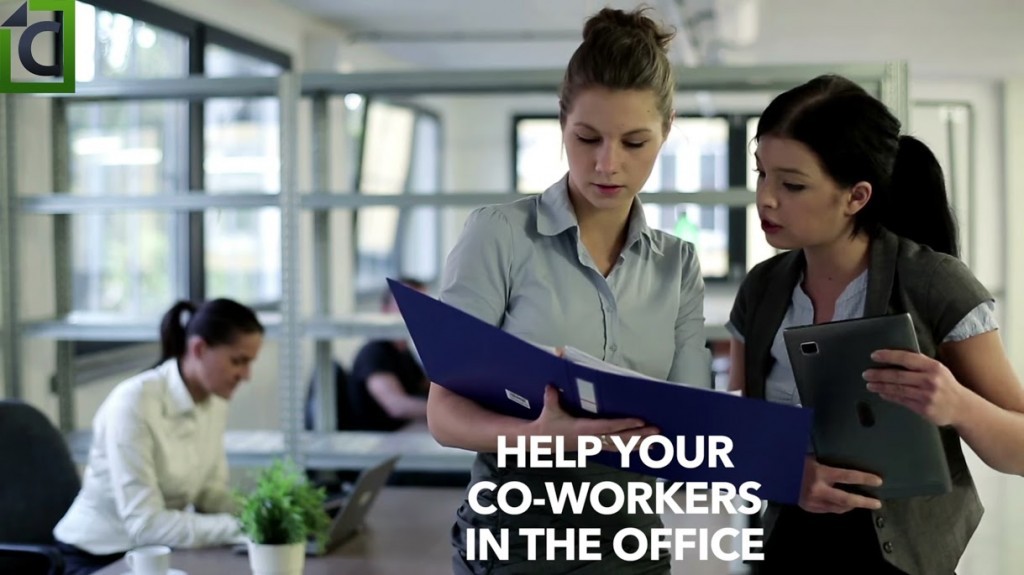 Being a team player is a basic skill that’s often taken for granted. So if you can master the art of collaboration and avoid becoming the toxic person in the office, you’re more likely to gain the favor of your colleagues, and your boss as a result.

Putting others above yourself and staying incredible organized shows you’re willing to work for the good of the company and not just your own gratification, Forbes contributor Brent Gleeson wrote. “Good team members, especially team leaders, must be organized in order to support the team’s objectives,” he explained. In addition, offering your assistance to a colleague who’s drowning in work will not only prove you’re capable of more responsibilities, but that you care about the larger picture – not just what’s on your own desk. 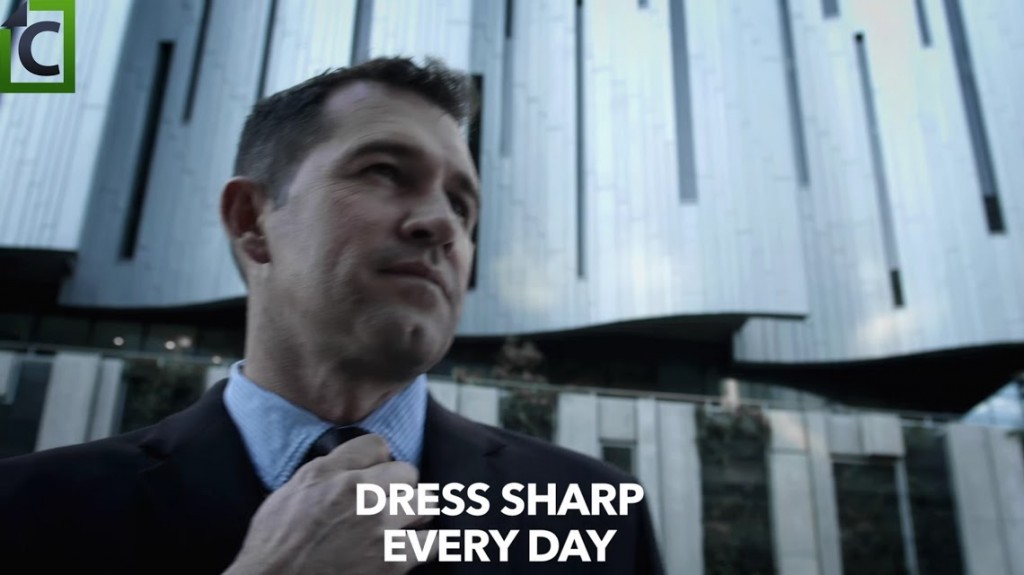 Across the board, dress codes in a professional setting are becoming a bit more relaxed. But if you’re looking to get ahead in your career, that doesn’t mean you have a free ticket to wear pajamas to the office. According to an OfficeTeam survey, 80% of executives said clothing choices still have an effect on getting a promotion. If you consistently make an effort to look your best, it will indicate you take pride in your work and that you care about the position you’re in.

Dressing like a slob will of course limit your chances of moving too far up the ladder, but other factors could affect your chances as well. Depending on your place of work, having visible tattoos, an extreme haircut, or too many piercings could keep you from excelling, at least in terms of getting a promotion.

Even if your office is more casual, dressing up will impress your superiors. “Dressing for the job you want, not the one you have,” is a clichéd adage, but it’s one that has its root in truth. “It may seem superficial, but clothing makes a statement about who you are and where you want to go,” Jacqueline Whitmore, an etiquette expert and author who heads up the Protocol School of Palm Beach, told Fortune. Taking pride in your wardrobe might mean buying another suit or two, but if you choose the right ones, you’ll be able to present yourself well without breaking your budget. 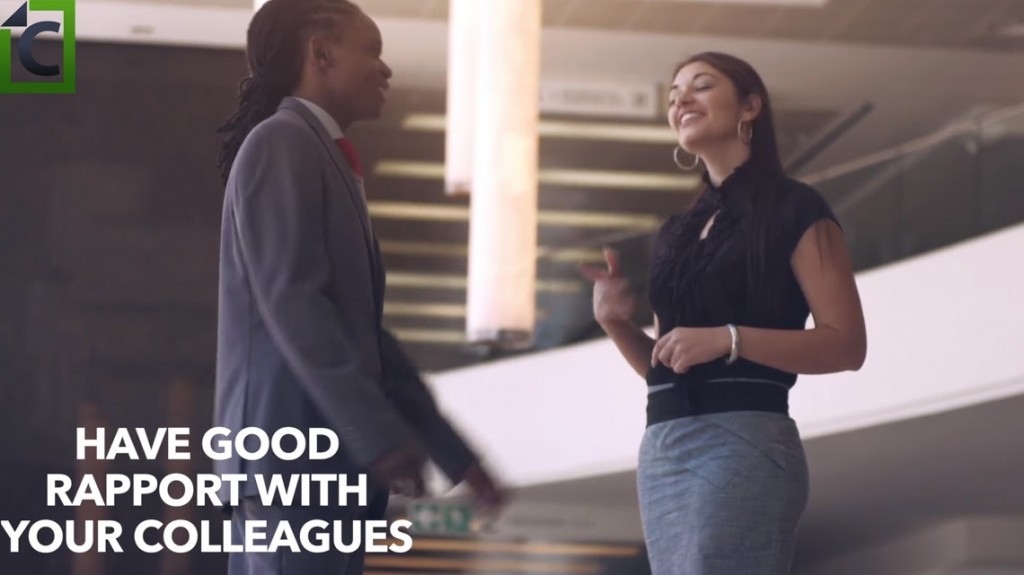 It’s not just enough to help your co-workers with projects – they have to actually like you, too. According to research reported by Forbes, you are 40% more likely to get a promotion within two years if you initiate friendships and organize social activities for your colleagues. This often benefits you in multiple ways, pointed out Shawn Achor, author of The Happiness Advantage: The Seven Principles of Positive Psychology That Fuel Success and Performance at Work.

On the most basic level, getting along with your co-workers means you’re likely to enjoy coming to work each day, which ultimately leads to success in a number of ways. “Happiness is the greatest competitive advantage in the modern economy,” Achor explained. “If you can find a way of creating happiness at work, you’re 31% more productive, your sales are 37% higher, people perceive you as being more charismatic and you’re three times more creative.”

It’s important to know your office culture to establish those meaningful connections with your co-workers. If they’re open to drinks after work, organize a happy hour once a month. If most employees prefer to keep their free time to themselves, bring treats into the office or organize an in-office party to boost morale (with your boss’ approval, of course.) Or, simply offer to treat a co-worker to lunch every now and then. If all else fails, ask them for advice. 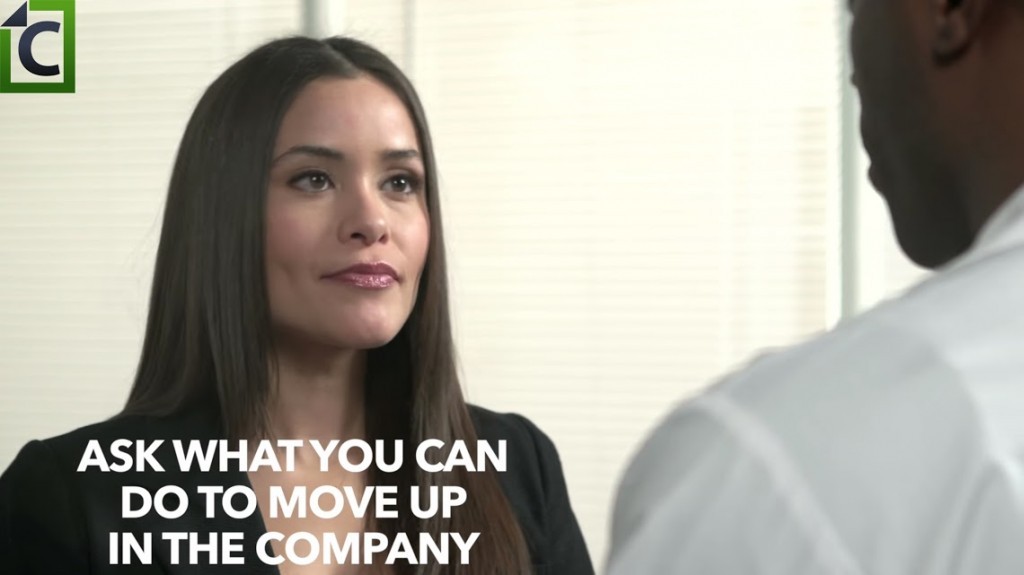 Well-timed questions can make all the difference in you moving up within your company. Before you ask outright about how you can get promoted, start asking questions that add value to your work ethic. “You should be asking me if there is anything else you can be working on to help grow the company or the project, instead of waiting around for me to tell you what to do,” one boss told LearnVest.

In these instances, initiative will carry you a long way. If you believe you have the skills and the performance record to back up your request, and you’re on good terms with your boss, you can ask directly about your chances of getting a promotion. The culture in your office will determine whether this is a formal meeting or a casual conversation, but either way you’ll want to ask what steps you can be taking to work toward that goal. “Inquiring this way is informal, and gives you a chance to explain your motives in full and discover new details about the open position,” wrote Jayson Demers, founder and CEO of AudienceBloom.

Of course, there’s always a chance you get turned down. The company might not be ready to handle any promotions, or your boss will tell you that you’re not qualified for the new position – yet. In either case, don’t be discouraged. In those cases, either ask when you can revisit the subject, or what steps you can take to qualify yourself during the next promotion cycle, The Muse suggests.