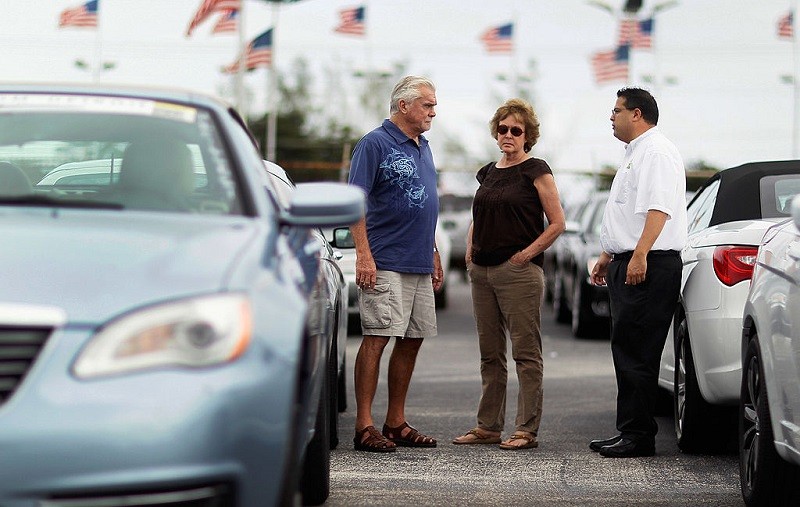 There are many ways consumers could overpay for a new car. | Joe Raedle/Getty Images

Even though consumers have more information than ever at their fingertips, buying a car has not gotten much easier. Just when you think you are buying a well-rated car from an American brand, it could turn out the car was assembled in Mexico or China using parts from South Korea. Sometimes, you just can’t see the change-up coming, and dealerships do not exactly advertise such facts with the latest deals.

The same goes for a car’s resale value and long-term reliability ratings. Automakers might take several years to master production for a particular model. Buying a 2017 as opposed to a ’16 edition could end up costing you years of frustration and long hours having a recalled vehicle fixed. To avoid this problem, Consumer Reports always suggests approaching debut models with caution — or avoiding them altogether.

But there are other ways you could end up regretting a car purchase, and they have everything to do with your bank account. It’s easier than ever to overpay for a vehicle at a dealership. Here are seven ways consumers can end up paying way too much for a new car. 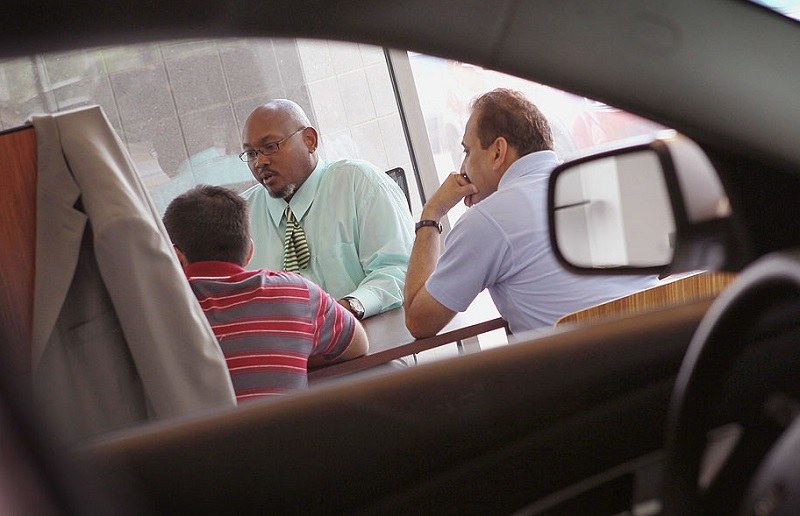 Customers need to think like salesmen with their trade-ins. | Scott Olson/Getty Images

When you plan to trade in you car to the dealership, treat it like a separate transaction. Expect to get a low-ball offer from a salesman before going through several rounds of negotiation. If you play your cards right, you’ll get something close to the true value. Granted, a dealership will give you less money than you’ll get from a private sale, but you also do less work. Take your time into consideration, but don’t cave in to a salesman pushing you on a low trade-in price. It’s a guaranteed way to pay too much for a new vehicle.

2. Get a bad loan package 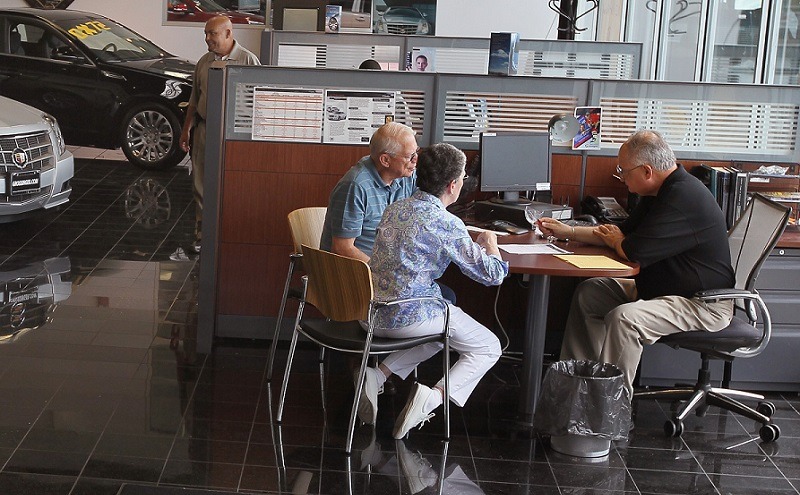 A bad car loan can haunt you for years. | Scott Olson/Getty Images

No matter what a salesman says, automaker financing does not always get you the best deal. (Sometimes, it’s not even close.) To make sure you get a good loan rate, look for financing before you walk into a dealership. When you find a car you like, you’ll already have a good deal on a loan package ready to go. If the dealership offers you better terms, by all means take it. The same goes for insurance fees a salesman will try to bundle into a purchase. Any time you feel rushed or are unsure about the value, say you’ll think about the offer and decide later.

3. Fall in love with an emblem 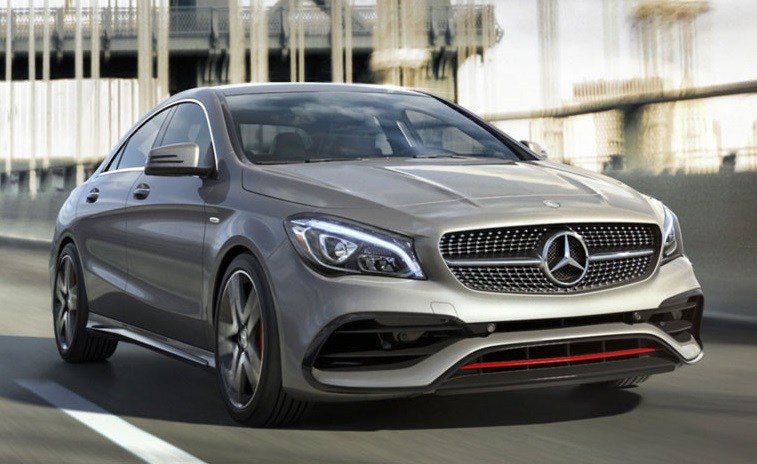 Mercedes-Benz’s “the best or nothing” tagline dates back to 2010, but the Mercedes CLA debuted three years later. Since then, the slogan’s remained the same, but everyone knows the cramped CLA is not the peak of automotive engineering. This example shows how lusting for a luxury emblem will get you to pay too much ($35,000) for a car. The same goes for folks who want a Chevy Suburban but pay an extra $24,000 for the Cadillac Escalade. Luxury badges cost money, and you have to be careful when automakers use the same platform for standard and luxury models. 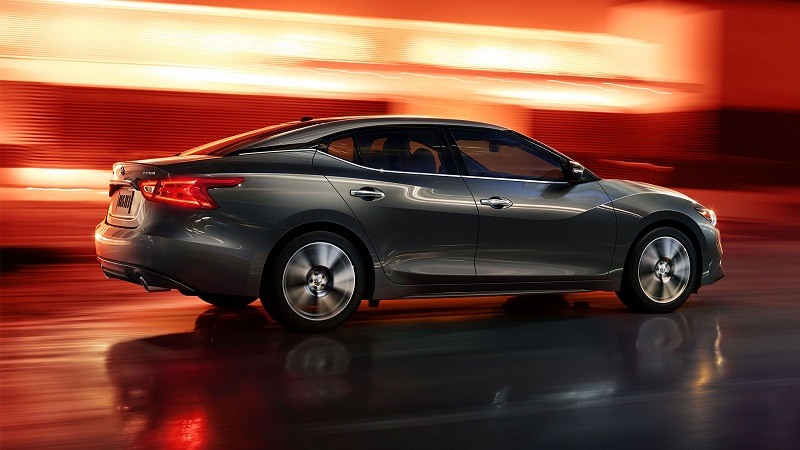 Along with BMW 3-Series and Mercedes C Class sedans, Nissan Maxima was one of the fastest depreciating cars on the U.S. market. | Nissan

Every year, iSeeCars.com scans multiple years of used car sales to see which models depreciate the fastest. In the latest rundown, the vehicle search engine noted 10 models that lost nearly half their value in three years. Typically, luxury cars dominate the list, but in 2017 we also saw family sedans like Nissan Maxima among the worst. Instead of buying a Maxima new, shoppers who waited until the end of a three-year lease could swoop one up for $19,000 less. Some cars should only be bought used. 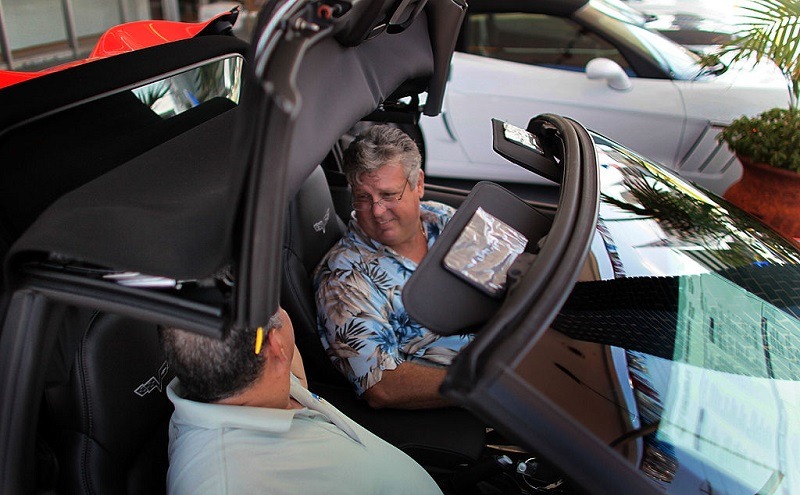 While they may make your life feel more comfortable in the short term, low monthly payments are guaranteed to make you pay too much in the end. (The longer the loan goes, the more interest you will pay, and thus the inflated final cost of the car.) It sounds obvious, but salesmen may try to convince you that lowering the payment will keep the cost the same. Unless your car loan comes interest-free, it would be impossible. If you are strapped for cash and need to pay less out of necessity, increase your monthly payments as soon as you regain your footing.

6. Fall for an appearance package 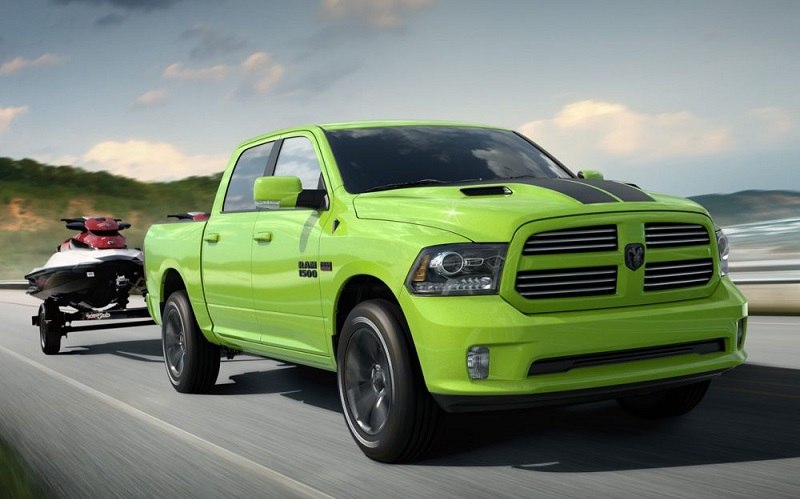 Special colors and badging has the same impact on price as a luxury emblem. | Fiat Chrysler

While choosing an Escalade over a Yukon is an easy way to overpay for a new car, choosing an appearance package is right up there too. For example, you could pay more than $10,000 extra to get the Ram 1500 Sport in Sublime Green. Along with the eye-popping color, truck drivers get some nice Ram badges, racing stripes, and hood vents. That upgrade will run you $47,135 for a truck that starts at $36,495 for the base Sport model. Before you pay the factory for pricey upgrades, check with aftermarket shops to get a quote. 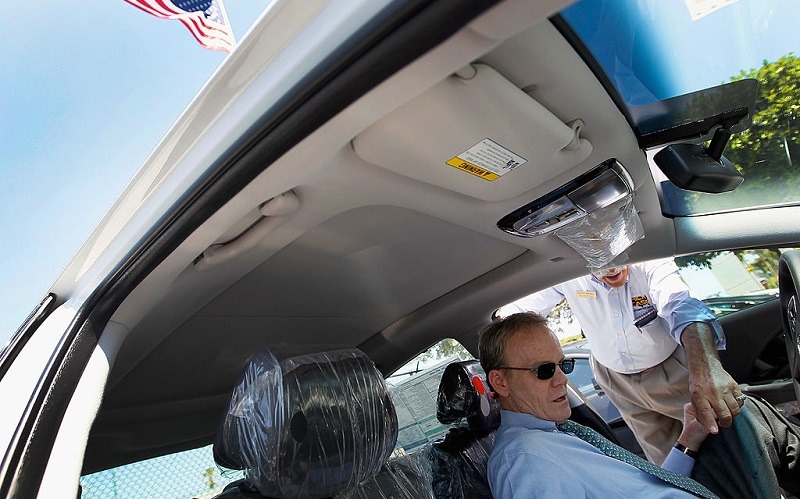 Everything from fancy tape to removing packaging could end up on your final vehicle invoice. | Joe Raedle/Getty Images

Are you ready to pay extra for pinstriping (i.e. fancy tape) when you pick up a new car? What about dealer preparation fees, fabric protection, and VIN etching? Consumer Reports puts all of the above on the list of fees you should never pay when buying a new car. Yet countless consumers pay these charges every year. Remember that every aspect of a car purchase is negotiable and you always have the chance to walk from a deal you do not like. When anything sounds fishy, take 24 hours to think it through. You’ll thank yourself later.