How to Work From Home (and Actually Be Successful)

When I mention that I’ve worked from home for almost two years, I’m often met with envy. That’s quickly followed, however, with a line along the lines of, “I don’t know how you do that; I would never get anything done.” I fully understand both of those reactions. Remote work has its share of notable perks (I can travel for a week-long trip to visit family and still show up for work, for example), but it also has a unique set of challenges.

Without a doubt, there are certain personality traits that will help you to be successful in a remote work position. I can’t Netflix and chill instead of logging in and starting each work day. While each person has varying levels of discipline, people who work from home need to be able to buckle down, put in their time, and still maintain a healthy work-life balance.

Inherent traits are important, but that doesn’t mean they can’t be learned. “I think you can definitely develop these traits,” said Brie Reynolds, senior career specialist at FlexJobs. “The key is identifying what you actually need to work on.”

We talked with Reynolds about the key traits that naturally lead to success in working from home, and how you can continue to excel over time. Here’s what she suggests.

When you start a remote job, you trade a lot more than an office cubicle for your desk at home. You’re also trading water cooler talk for peace and quiet, building-controlled thermostats for your own temperature preferences, and office drama for the thoughts in your own head. Many people would make those trades in an instant, but you also lose the closely-monitored office atmosphere, and need to start self-driving every aspect of your work. Here’s what that looks like day-to-day.

Can you avoid the TV when you work from home? | iStock.com/manaemedia

Many people say they focus better out of the office than in their cubicle, backed by a previous FlexJobs survey. There’s no office drama to deal with, you’re not getting pulled into pointless meetings, and you’re left to your own to-do list. The downside? There are still plenty of distractions to deal with — they just take different forms.

Though binge-watching old episodes of Friends could be a pitfall, work-related items can be distracting at home, too. Each type of communication software has its own chime, ding, or other alert that can pull your focus away from the task at hand, Reynolds said. It’s important to establish a rhythm and be able to focus your mind on your own — without a boss or nosy co-worker around to keep you on point.

Establishing a routine and a dedicated work space can do wonders for that focus, Reynolds said, but you have to put the effort in to create both. “You still feel that pressure and that importance of doing your job,” she explained. “It just takes a little more effort to flip into that work mode.”

In a traditional office, you have the eyes of your boss on you — or at least the perception of being checked up on. You probably still have a boss when you’re working from home, but the management of how you spend your work day is largely up to you. You’re the one who has to answer for your to-do list, even if your manager wasn’t around to see you tackle each item.

“In a remote work environment, there is a need to really be an independent worker,” Reynolds said. “You probably still interact with your manager and co-workers, but that hour-to-hour basis, the day-to-day basis, that really is up to you to keep on track.” If you do your best work where you’re reporting your progress throughout the day and getting new tasks from your boss, working at home might not be a good fit. 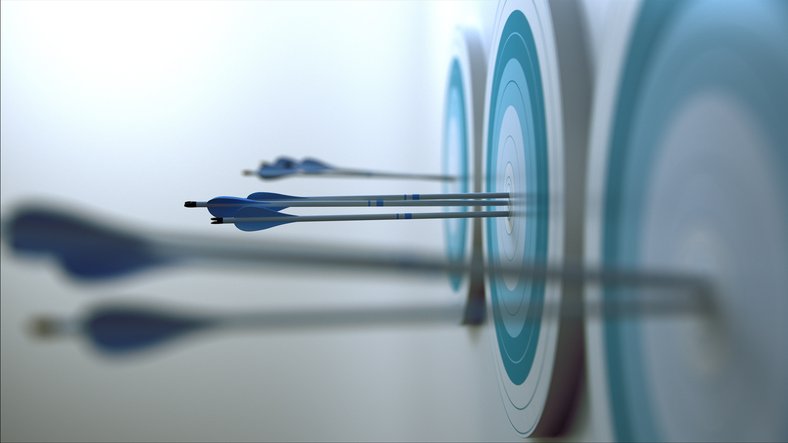 Is your work on target? | iStock.com/ShadeON

It’s often your manager’s job to point out where you’re excelling, and where you need to improve. You might even get that from a co-worker or two. When you’re at home, your cat can’t tell you when you’re missing the mark. You might not be much of a big-picture type of person, but every now and then you need to be able to self-evaluate your progress. What are your strengths and weaknesses, and how can you continue to grow in your role?

Self-awareness might not be your strongest suit in your personal life, but it needs to become a focus if you’re to succeed in a work-from-home position over the long term. You’re the one who cares the most about your career and where you go, and in this case that becomes even more vital.

Woman on a video conference | iStock.com/jacoblund

Internal characteristics are important, but they’re not the only traits you’ll need to succeed in working remotely. Reynolds talked about three other necessary skills — which you either have or need to focus on improving. Chief among them is establishing a clear way to communicate on the job. Reynolds passed along wisdom she first heard from another remote manager: “If you’re not communicating, you don’t exist in a remote environment.”

In other words, if you’re not telling your boss and your colleagues about what you’re working on, how you’re excelling, and what roadblocks you’re facing, you’re going to fall to the back of their minds. When it comes time to be evaluated, they won’t have much to go on. Reynolds suggests finding an effective way to check in daily with your direct supervisors, especially at the beginning of a remote work job. Use the various communication tools your company employs, and continue to keep yourself on the radar.

In addition, Reynolds pointed out that it’s vital to continue the same sorts of casual conversations with your colleagues that you would have in a traditional office setting. Ask about their kids, what they’re doing for the holidays, and so on. Otherwise, you’ll become a one-dimension worker bee without a personality — and you’ll likely start to miss the interactions, too. “In a remote environment you have to make those things happen; you have to be proactive,” Reynolds said.

It’s one thing to pop by your boss’s office a few times a day to casually ask for their input. It’s another to constantly message them when you’re working from home, asking how they would handle every unique situation. In the beginning, Reynolds suggests asking questions frequently, so you learn the general patterns and inclinations of your manager. Eventually, you can translate that into a healthy autonomy when you can make educated decisions about routine items.

“You form a foundation where you’re making the right decisions from the start,” Reynolds said, instead of guessing about what your boss might want. As time goes on, you’re set up for success by processing a problem in a way you know your manager would approve of. Not only does that cut down on the emails you need to send, but it should also increase the trust between you and your supervisor.

In a healthy work setting, you likely have a few co-workers who are killing it, pushing you to be better and grow, too. While you’ll catch glimpses of that in a remote environment, the competitive edge in the office typically doesn’t exist in your personal work space. As a result, it becomes important to consciously set new goals for yourself.

“Always know what you’re working towards for at least the next couple of months,” Reynolds advised, whether it’s a mental checklist or a progress sheet written out somewhere.

Luckily, the traits that are necessary for success in working from home can translate to any career path — even if you decide to head back to an office at some point. “If you’re spending time developing them, they’re going to help you in your career as a whole,” Reynolds said. If you’ve always wanted to try working remotely, work on enhancing these skills. In the worst case scenario, it doesn’t work out, but you’ve still strengthened crucial career skills that will serve you in any work environment.