Warren Buffett is often considered one of the world’s greatest investors. The irony, of course, is that what sets him apart isn’t necessarily any particular knowledge. He doesn’t have anything profound to say about the economy, economics, or any related fields, such as statistical analysis or mathematics. What he has is an arsenal of simple principles and the discipline to follow them. As a result, he has become one of the world’s wealthiest individuals.

In what follows, I outline a couple of his principles. By the end, it should become clear why he is so successful and how you can be, as well.

1. Invest within your circle of competence

Investors think that they can outsmart the market by finding the next big thing. Whether it’s social media, 3-D printing, or rare earth metals, it is incredible how a few news stories and stock price increases can create an entire group of people devoted to a particular sector of the economy. But at the same time, these people probably don’t know much about these sectors. Do retail investors honestly know how a 3-D printer work, or how a computer chip works? Probably not. But that doesn’t stop them from buying 3D Systems (NYSE:DDD) or Intel (NASDAQ:INTC). While they may make money, they won’t do so because they understand their investments.

Buffett’s response to these investing frenzies is to invest in what you know. While you probably don’t know how a computer chip works or why Intel makes computer chips that people want to buy, you probably know, for instance, why Coca-Cola (NYSE:KO) is such a popular drink: It tastes good and the company has exceptional marketing. Thus, Coca-Cola falls within your circle of competence even if you don’t know the company’s secret formula. All you need to know is why the company is successful, and you can postulate with relative certainty that this success will continue into the future.

Investing in companies that make simple products that you understand may be boring, but it is a winning approach that can generate a lot of value over time.

The full saying is that it is better to buy a wonderful company at a fair price than a fair company at a wonderful price. When you are investing, you find value not just by looking at the numbers but by looking at intangible features as well such as management. A company that is well managed and that has a reputation for providing a quality product is worth more than a company lacking these qualities. The former company is positioned to take market share from the latter, and it is better positioned to withstand economic weakness. As a result, from a long-term perspective, it is better to pay a higher price-to-earnings ratio for the shares of a high-quality company than to pay a low price-to-earnings ratio for a low-quality company.

Once you have decided which companies to buy using the first two pieces of advice, you need to know when to buy them. As with anything else you buy, you want to get a good price. However, the market fluctuates wildly and frequently, and this adds an emotional element to investing that this piece of advice helps you avoid. When stocks go down, people often assume it is for a reason (i.e., the downturn is justified). Similarly, when a stock rises, people often assume that it is because the company is improving. But market price fluctuations do not have any necessary correlation to a company’s fundamentals. As a result, you want to pick out companies to buy and then wait for the hit prices that you feel make them worthwhile investments.

This piece of advice depends on the first two mentioned. You cannot be confident in buying a falling stock, especially if it goes down even more after you’ve first bought it, unless you are confident in the company’s underlying business. For this to take place, you need to understand how and why the company makes money, how and why it will continue to make money, and what makes it such a great company. If you can figure this out, then you can have the confidence to buy when there is proverbial blood in the streets.

Interested in more Buffett knowledge? From a previous article, here is Buffett’s ‘Powerhouse Five’ — “a collection of large non-insurance businesses” that together make up a cornerstone of Berkshire Hathaway’s empire: 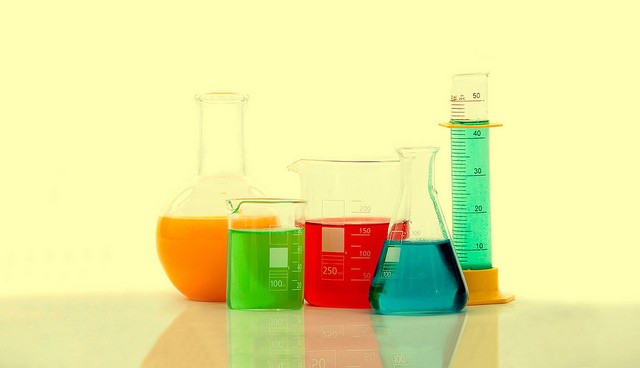