H&R Block May Be Too Taxing on Your Portfolio 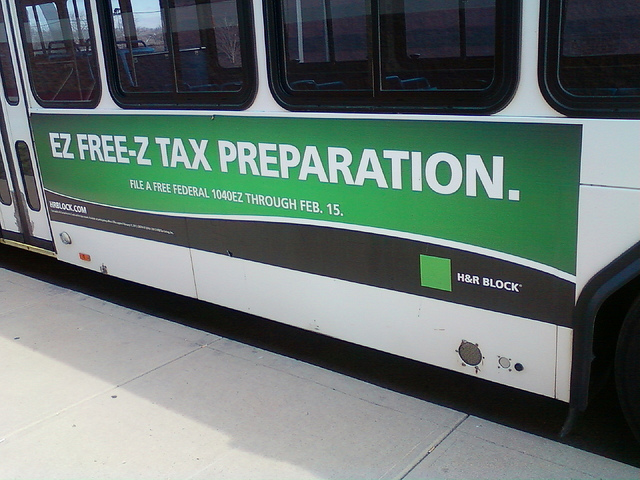 H&R Block Inc (NYSE:HRB) provides tax preparation and related services to the general public in the United States, Canada, and Australia. The company just reported a great quarter, but the stock is still expensive at 38 times earnings. The company offers assisted income tax return preparation and related services through a system of retail offices operated directly by the company or by franchisees, and online tax services, including tax advice, professional and do-it-yourself tax return preparation, and electronic filing services through its website at hrblock.com.

The company also develops and markets H&R Block At Home, an income tax preparation software. It further provides refund anticipation checks, “Peace of Mind” guarantee, and “H&R Block Prepaid Emerald Mastercard” and “Emerald Advance” lines of credit, as well as credit card and cashback refund discount programs. In addition, it offers traditional banking services, such as checking and savings accounts, individual retirement accounts, and certificates of deposit. Recently, it has moved into the mobile world, developing tax apps the users can download. The most recent quarter, which contains the bulk of its tax season but not all, was quite good, but the stock is still pricey.

The company saw revenues increase 4.1 percent to $3.024 billion, driven by improved return mix and changes to the company’s pricing strategy in its retail locations, digital tax software product enhancements and monetization efforts, and increased Tax Plus financial services product revenues. Returns prepared by and through H&R Block declined 2.6 percent to 24.2 million worldwide, primarily due to the company’s decision to discontinue its U.S.-based free federal 1040EZ promotion in virtually all markets. Earnings per share from continuing operations increased to $1.81. On an adjusted non-GAAP basis, earnings per share from continuing operations increased 5.0 percent to $1.67.

The company’s increase in revenues in fiscal 2014 was consistent with its recently outlined strategy to grow revenues through a balance of improved return mix and increased product attachments. This included the discontinuation of the company’s free federal 1040EZ promotion in virtually all markets, the exit from unprofitable retail partnerships, and enhancements to its online digital tax software offering focused on improving monetization and conversion. Additionally, the company achieved EBITDA margin expansion, while continuing to invest in initiatives that contributed to improved client satisfaction and helped maintain retention levels for clients filing forms other than the 1040EZ.

We delivered a strong year of both revenue and earnings growth and lived up to our long-standing tradition of being the world’s leading tax services provider. Though we anticipated an overall decline in return counts, our Tax Plus strategy is working, and we will continue to focus on enhancing the client experience and delivering best-in-class products and services to drive profitable growth. Our improving client satisfaction scores are a testament to the value we bring to our clients, positioning us well for 2015 and beyond.

While there is no doubt this quarter was remarkable, I just cannot justify a buy rating on this stock. It has $2.2 billion in cash and equivalents as well as approximately $960 million in debt. It does pay a decent dividend of 2.6 percent, but given its lack of explosive growth, it is hard to justify the 38 price-to-earnings multiple. I would like to see this stock around $27 given its current earnings potential, at which point it would be intriguing. For now, I rate it as a hold.

Disclosure: Christopher F. Davis holds no position inH&R Blockand has no plans to initiate a position in the next 72 hours. He has a holdrating on the stock and a $30 price target.