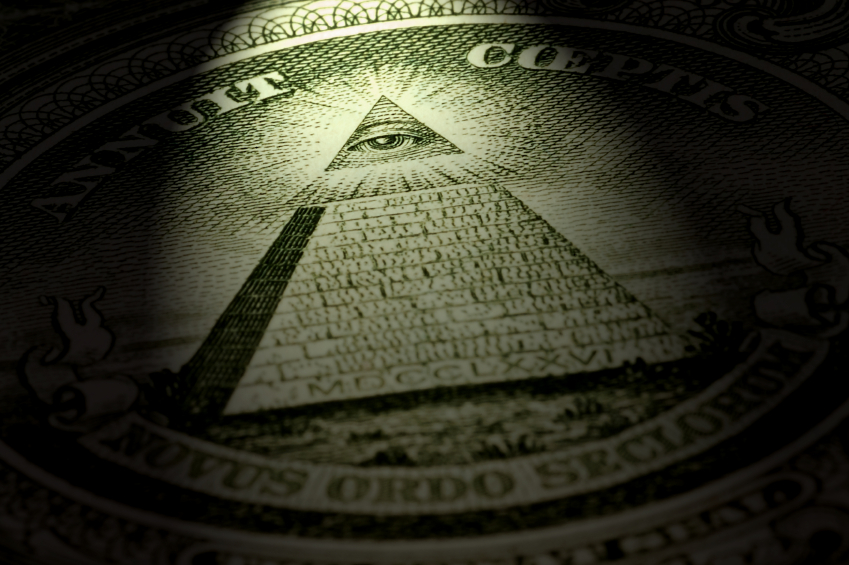 Some multi-level marketing companies have been accused of being pyramid schemes. | iStock.com

Pyramid schemes might not be quite as old as the pyramids themselves, but they’ve been around for a long time.

Most people know the telltale signs — promises of fast money, pressure to recruit others, and products of dubious value. Yet these scams just won’t go away. The FTC isn’t always successful at identifying and shutting them down, in part because there’s no single federal rule clarifying what makes a pyramid scheme a pyramid scheme, Bloomberg reported.

So what exactly differentiates a pyramid scheme from a legitimate business? According to the FTC, pyramid schemes “promise consumers or investors large profits based primarily on recruiting others to join their program, not based on profits from any real investment or real sale of goods to the public.”

In addition to focusing on recruitment rather than selling, there might be high startup costs required to buy in to the “business.” In addition, the company might sell an “unsalable” product and refuse to buy back unsold merchandise from distributors.

Remind you of your high school acquaintance who was always trying to get you to join her in hawking skin care products or leggings? Multi-level marketing, a legal form of direct selling, shares some similarities with pyramid schemes. Both involve recruiting others to join the “club,” so to speak. But with a legit multi-level marketing company, there’s an opportunity to make money selling products people want to actual customers.

Sound confusing? It is. Not every company in the direct selling industry is a pyramid scheme, but the sketchy behavior of a few companies has caught the attention of regulators. Here are five of the biggest companies that have faced accusations of fraud. One is a popular makeup company, and another sells herbal supplements. The businesses on the list are ordered by 2016 net revenue.

In 2007, Barry Minkow, a convicted stock-fraud felon turned fraud investigator, wrote a 500-page report and gave it to the SEC, FBI, and IRS, accusing USANA of operating an illegal pyramid scheme. The company’s long-time auditor mysteriously resigned shortly after. USANA filed suit against Minkow for defamation and stock manipulation following the report’s release. And in July 2008, USANA and Minkow reached an undisclosed settlement. Both the SEC and the FBI spent time investigating USANA, but the company remains active.

USANA was also scrutinized by Dr. Murray H. Smith, a New Zealand government statistician for the Commerce Commission. In 2008, he said, “You can make a very strong argument that this could be a pyramid scheme.”

An athlete has her nails done at the Nu Skin salon in the Olympic Village in Salt Lake City in 2002. | George Frey/AFP/Getty Images

In the 1990s, Nu Skin was investigated by the FTC and the states of Connecticut, Pennsylvania, Florida, Illinois, Ohio, and Michigan. The company settled in all cases and ended up paying $2.5 million to the FTC over two cases. When the Connecticut Attorney General refused the original settlement terms and sued Nu Skin for operating a pyramid scheme, the company ended up paying out $85,000 and admitting no wrongdoing. The attorney general of Pennsylvania sued Nu Skin, as well, alleging that the company operated a pyramid scheme through its subsidiary, QIQ Connections. Even HBO’s John Oliver has singled the company out for criticism.

In 2012, Harper’s Magazine published a story referring to Mary Kay as “The Pink Pyramid Scheme.” The journalist behind the piece, Virginia Sole-Smith, said, “Really, the only way to make money is by recruiting other people to sell products as part of their sales unit, which they then get paid a commission off of every time those women place a wholesale order. And that does look like a pyramid scheme.” An agency spokesperson told Sole-Smith he was unable to confirm or deny whether the company had ever been investigated.

Although the FTC says receiving commissions based on actual product sales is legal, Sole-Smith claims in many FTC investigations of multi-level marketing companies, “The majority of sales occurred between company and salespeople.” In these cases, the products can be mere decoys.

Perhaps no company has faced a bigger roller coaster of allegations in recent years than Herbalife. A commercial court in Belgium ruled Herbalife an illegal pyramid scheme in 2011, and the company faced a huge class-action lawsuit by former and current distributors back in 2004. The plaintiffs alleged Herbalife was a pyramid scheme, offering little to no opportunity to earn a profit. In 2014, Bill Ackman of Pershing Square Capital released a presentation suggesting Herbalife was a pyramid scheme, produced a damning documentary, and even made a $1 billion bet against the company by shorting its stock.

Eventually, the FTC started investigating the company, concluding the majority of the company’s “sales leaders” were earning a paltry $5 per month, while many others lost money. In June 2016, the company settled the case for $200 million, though it didn’t have to shut down entirely. Weirdly, the drawn-out saga doesn’t seem to have hurt Herbalife’s fortunes all that much. Many of the people who received checks from the settlement were happy Herbalife customers, and they quickly turned around and used their windfall to buy more Herbalife products, Fortune reported.

Amway is the most profitable direct-selling firm in the world, and the company has been a frequent subject of pyramid scheme investigations. In a landmark ruling in 1979, the FTC decided Amway was not a pyramid scheme because distributors were not paid specifically for recruiting new salespeople, setting a precedent for the FTC’s definition of a pyramid scheme that still holds today.

Although the FTC did order Amway to make certain changes, it was largely a victory for Amway and the future of the multi-level marketing industry. Amway has faced legal trouble in numerous countries outside the U.S. over the years, and Robert Todd Carroll, author of The Skeptic’s Dictionary, insisted Amway was a “legal pyramid scheme.”

In 2010, Amway settled a class-action lawsuit filed with the federal district court in California for $100 million, including changes the company agreed to make to its business model.