Getting Ahead in Life: Why Do Jerks Get Promoted? 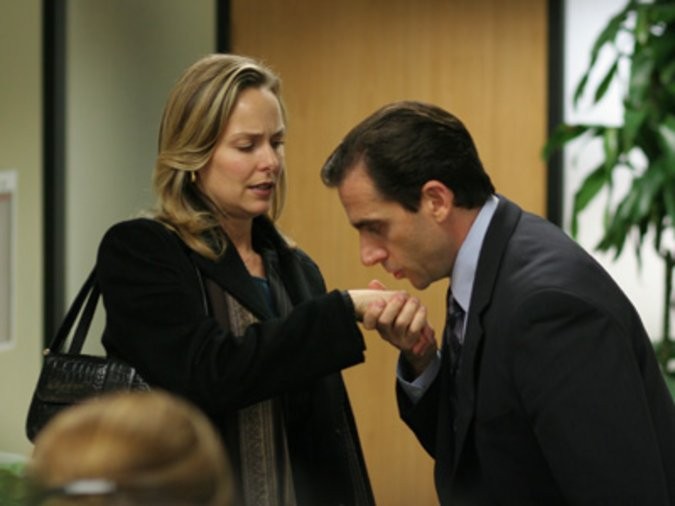 Do you consider yourself to be one of the office ‘nice guys’? If so, enjoy watching from the sidelines as you get passed over for promotions and raises, and as your ideas consistently get shelved in favor of other, oftentimes worse, concepts. This is a phenomenon that has not gone unnoticed throughout generations. You’ve heard that ‘nice guys finish last’? Well, it’s true – and there’s a growing pile of research to back it up.

How do you think a guy like Donald Trump – who many people can’t stomach – continues to capture the nation’s attention, and dominate newspaper headlines, magazine covers, and television news coverage? He’s a jerk, and we find it fascinating. So much so, that he’s used it to propel himself into the social stratosphere.

You’ve likely seen the same sort of thing take place in your own social or professional ecosystem, albeit on a smaller scale. Loud, outspoken people tend to get all the spoils, be it women, promotions, etc. As mentioned, there is already research backing this phenomenon up.

But now, we have even more insight. As it turns out, it may all boil down to how well we are able to effectively communicate, or sell, our ideas and creativity. That ability (or lack thereof) can be measured by what researchers call ‘agreeableness’, which more or less can be thought of as a spectrum of how much of a jerk you are.

That’s the simple way to think of it.

This is what’s discussed in a new paper by Samuel Hunter and Lily Cushenberry, published recently in the Journal of Business Psychology. The paper, titled ‘Is Being a Jerk Necessary for Originality? Examining the Role of Disagreeableness in the Sharing and Utilization of Original Ideas’, explores the connection between a person’s ability to not only formulate great ideas (creativity), but also to get others to embrace them – and in turn, benefit in the form of promotions, raises, etc.

“We aimed to investigate the relationship between lower levels of agreeableness (i.e., disagreeableness) and innovation process such as idea generation, promotion, and group utilization, as well as potential contextual moderators of these relationships,” the paper’s stated purpose reads.

“Disagreeable personalities may be helpful in combating the challenges faced in the innovation process, but social context is also critical. In particular, an environment supportive of original thinking may negate the utility of disagreeableness and, in fact, disagreeableness may hamper the originality of ideas shared.”

What does that mean? Basically, if you have a higher level of ‘disagreeable’ personality traits (that is, the more of a jerk you are), the better you may be at pushing through resistance when it stands in your way. For example, if you have an idea that you want to see come to fruition, being a bit of a jerk means that you’re less likely to let others stop you from pushing it through the right channels, or letting them convince you that you’re off base.

People with higher levels of ‘agreeableness’, on the other hand, would be more open to criticism, and therefore more likely to try and see the merits in the arguments of those attempting to stymie the creative or innovative process. In short, you’d be willing to give up more easily.

That makes sense, when you give it some thought. For example, let’s go back to the Donald Trump example. Do you think anyone would give him as much attention as they do if he were acting with a higher level of ‘agreeableness’, or was acting like less of a jerk? Probably not. But we can look at what is Trump’s inverse: Bernie Sanders. Sanders is, in many ways, the antithesis of Trump, and he suffers for it in that he sees less coverage in the press.

Trump, by acting in a way that many people find despicable, wins. While the ‘nice guy’ gets left behind.

On a personal level, you can look at a paper like this to see how your professional rivals or coworkers are getting ahead. It has to do with social cues and personality traits – some of which maybe you should adopt. You don’t have to go full-Trump on your organization, but perhaps hardening up a bit, and being more resistant, can give you an edge?

Nobody likes a jerk, but it seems clear that jerks are on to something – at least if you stick by the old adage that the ends justify the means.