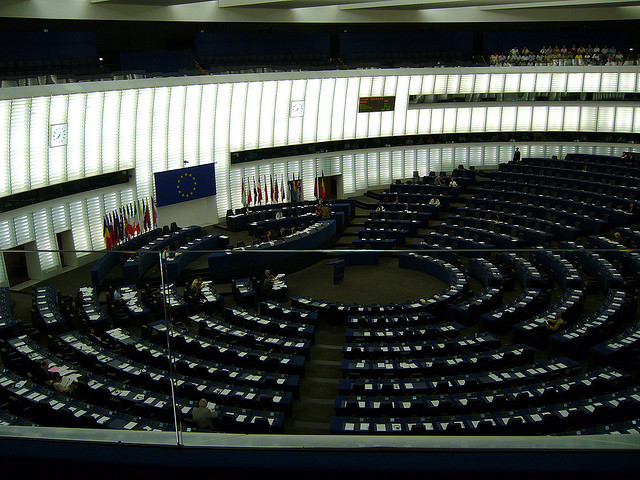 In addition to predicting weaker-than-expected growth for the global economy this year, International Monetary Fund head Christine Lagarde criticized the United States economy for not growing as fast as it could due to budget cuts.

Citing the much discussed sequester which took effect after Congress failed to agree on budget cuts, Largarde, speaking at a conference in Aix-en-Provence, France, said that she feels that U.S. growth could be as much as 1.75 percentage points higher than its current 1.9 percent would the sequester not have “blindly” reduced certain expenditures by the U.S. government. The IMF said earlier this year that “the deficit reduction in 2013 has been excessively rapid and ill-designed.”

However, other variables are weighing on the U.S. economy besides cuts from the sequester. In addition to uncertainty over Federal Reserve policy recently spooking the markets, the country’s healthcare law has seen several key provisions delayed after businesses said they needed more time to cope with incoming changes. Meanwhile, an increase in payroll taxes which also resulted from the sequester, as well as taxes associated with the Patient Protection and Affordable Care Act, have proved to be an even bigger drag on the economy, according to the Federal Reserve Bank of San Fransisco.

“Surprisingly, despite all the attention federal spending cuts and sequestration have received, our calculations suggest they are not the main contributors to this projected drag. The excess fiscal drag on the horizon comes almost entirely from rising taxes. Specifically, we calculate that nine-tenths of that projected 1 percentage point excess fiscal drag comes from tax revenue rising faster than normal as a share of the economy,” a report produced by the San Francisco Fed found.

Moreover, a potential improvement in trade policy could also help pull the U.S. from the slow moving growth it is currently experiencing into the fast lane. The stakes are large as the United States enters free trade negotiations with the European Union, with estimates for economic benefits projected to be approximately $127 billion for the U.S. alone. The agreement would lead to reduced tariffs and bureaucracy for businesses looking to engage in commerce across the Atlantic, and the ability to for corporations to engage in deals would be made much easier. British Prime Minister has called the trade agreement a “once-in-a-lifetime” opportunity.

However, progress has been bogged down following recent reports related to leaks by whistleblower Eric Snowden that the U.S. was spying on its European allies. German Chancellor Angela Merkel said this news would not be swept “under the carpet” should negotiations move forward, and French President Francois Hollande has said that talks should begin only if the U.S. explains itself along the way.

Don’t Miss: Greece No Closer to Bailout Funds After Ultimatum.