In This Market, Expansion Is the Only Answer for Wal-Mart 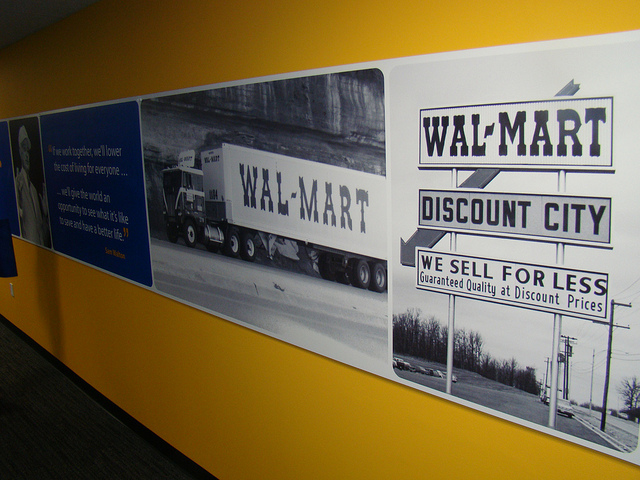 Wal-Mart’s (NYSE:WMT) South African unit is struggling, and while investors are waiting for the retailer to lay out its plans for expanding into other, more lucrative African countries, the company seems to be dragging its feet.

Wal-Mart has a 51 percent stake in Massmart Holdings Inc., but according to Reuters, the company isn’t growing as successfully as anticipated, evidenced by a poorer-than-expected first-half sales profit posted Thursday. Much of the problem can be attributed to South Africa’s weak market and dropping consumer demand, but while Massmart’s rivals are combatting that loss by expanding into other rising sub-Saharan economies, the Johannesburg-based Africa unit’s plans to expand aren’t as ambitious as many investors would hope.

Currently, Massmart has a presence in 11 African countries outside South Africa running 29 stores. These serve to contribute about 8 percent of the company’s total sales, Reuters reports. CEO Grant Pattison maintained at his company’s presentation Thursday that “We want to slightly shift our focus away from South Africa and put more resources into African growth”; still, only five of the 15 stores Massmart plans to open over the next three years are planned to be outside of South Africa.

On the other other hand, Reuters reports that Massmart’s domestic rival, Shoprite, runs 153 supermarkets and plans to open 47 stores outside of South Africa in order to offset the region’s weak consumer demand. Thus, if the Wal-Mart-owned retailer wants to stay competitive, it will need to erect a more ambitious plan outside of South Africa despite the country being the continent’s top economy.

Rumors swirled earlier this month that Massmart was considering a plot in Kenya, but that has yet to be confirmed. The news broke when a regional newspaper published the company’s meeting minutes, which highlighted that Massmart was already in the negotiation stages of talks with major players in the Kenya retail industry and hoped to soon expand there, but all companies refused to elaborate.

What is clear, though, is that South Africa’s rising unemployment figures don’t mean anything good for Massmart. That’s why it needs to expand out just as quickly as it expanded in. Shares are already down about 20 percent this year, and the company’s earnings per share fell 9.9 percent in the first six months of the year.

Massmart recognized the problems in its earnings report, saying: “There’s little on the macro-economic horizon that suggests any improvement. We believe the remainder of the year will continue to see sales under pressure.” But now, analysts are waiting for the company to stop talking and start moving.