Investing 101: You Should Probably Avoid IPO Euphoria, Even GoPro 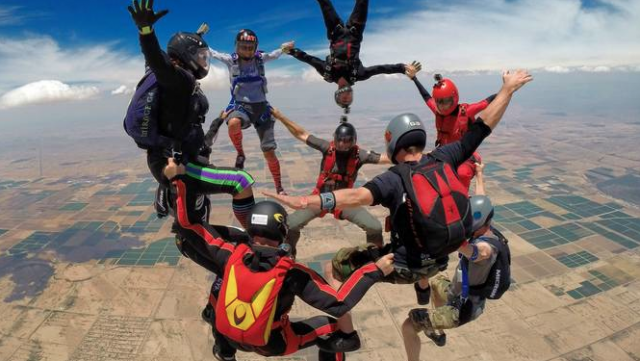 What’s more exhilarating than skydiving in a tri-level freefly formation with friends over the Arizona desert? Investing in the newly-listed company that makes it possible to capture the moment on camera and share it with the world. Initial public offerings can be exciting for investors as the first sale of stock by a private company to the public can bring great rewards to thrill seekers. However, most people should probably avoid IPO euphoria, or at least consider a more sane approach.

GoPro (NASDAQ:GPRO) made a picture-perfect debut last month. The maker behind the world’s most versatile camera priced shares at $24, the upper end of its estimated range of $21 to $24. GoPro raised more than $427 million in the deal and became the biggest consumer electronics company to go public in over twenty years. The IPO price also placed a market value of about $3 billion on GoPro.

Shares of GoPro surged 31 percent on their first trading day on the Nasdaq. That’s an impressive move, but shares climbed another 56 percent in the following three days. These kinds of gains can make it feel like investing in newly-listed stocks is a sure bet, but shares plunged 14 percent on their fifth day of trading. In reality, no one truly knows if a stock is appropriately priced, especially when it has no trading history. Making matters worse, the wild swings seen in IPOs can severely damage investor psychology and bleed money from portfolios.

There’s really no telling how a new stock will trade. Facebook’s (NASDAQ:FB) IPO priced at $38 per share and only closed at $38.23 on its first day on the Nasdaq. Shares lost more than half of their value over the next several months before finding a bottom and eventually surging to $70. Meanwhile, former high-profile names such as Groupon (NASDAQ:GRPN) and Zynga (NASDAQ:ZNGA) are nowhere close to recapturing their IPO prices. Despite the IPO losers, there is an animal spirit in many investors that have them salivating for the next big winner.

Although most retail investors should probably avoid IPO euphoria altogether, there is a simple solution for those who absolutely must satisfy their cravings: an exchange-traded fund. The Renaissance IPO ETF (NYSE:IPO) is a fund where new companies are added on the fifth day of trading, and are removed after two years when the IPOs become “seasoned stocks.” Large-cap names account for 52.3 percent of the fund, while mid-cap names account for 47.5 percent.

The IPO ETF is still vulnerable to wild market swings, but at least it focuses on larger companies going public that are more likely to have long-term revenue streams. The fund also eliminates trying to guess which IPOs will have huge first-day pops.

Investors can still enjoy owning some of the most popular names to go public. Top holdings in the ETF include Twitter, Zoetis, Hilton Worldwide Holdings, FireEye, and Phillips 66. Shares of IPO are up nearly 6 percent this year, and have a total expense ratio of only 0.60 percent.

If you need any more reason to take a more defensive approach to IPOs, consider the wise words of Warren Buffett: “It’s almost a mathematical impossibility to imagine that, out of the thousands of things for sale on a given day, the most attractively priced is the one being sold by a knowledgeable seller (company insiders) to a less-knowledgeable buyer (investors).”