Investing Gets a Makeover: eTrade Drops Baby for Spacey 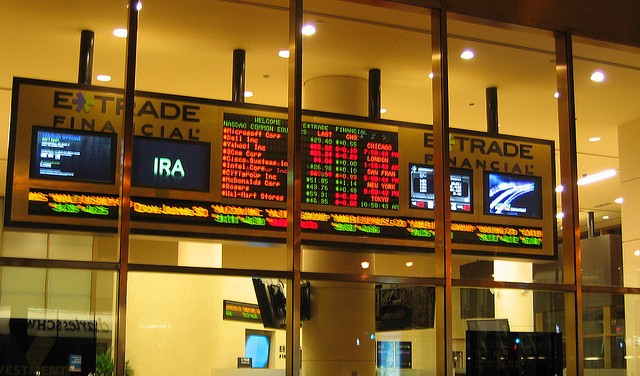 E*Trade Financial Corp. (NASDAQ:ETFC) is getting a makeover, and along with it, so is the public face of retail investing. E*Trade’s iconic talking baby, who championed the idea that investing is so easy even a baby could do it, is being replaced by Kevin Spacey, who will perhaps champion the idea that investing in the stock market can be as dangerous as going into business with Frank Underwood from House of Cards.

If you’re unfamiliar with the E*Trade talking baby, it’s worth a moment to get to know him, even if he’s walking out the door. The baby’s pitch was two fold: one, you should be investing, and two, you should use E*Trade to do it because it’s fast, easy, and cheap. The baby embodied a bullish, optimistic, and somewhat carefree attitude about investing.

The logic is pretty straightforward — everyone from mom and pop to Warren Buffett agrees that investing is critical to wealth growth, and that easy and cheap is the right path for most investors — but the attitude is outdated. The baby’s attitude seems a little off base in the wake of the financial crisis, which wiped out about $8 trillion worth of paper wealth in the United States.

According to a study by Lemma Senbet at the University of Maryland and Amar Gande at Southern Methodist University, equity wealth in the United States fell 40 percent between January and October 2008. These losses jaded many retail investors and sobered a lot of the financial industry, creating a disconnect between the baby’s attitude and the attitude of real investors.

“The baby was really reflective of the past,” E*Trade Chief Market Officer Liza Landsman told Bloomberg in a phone interview. “Consumers have recognized investing is complex and hard work.” E*Trade’s new face will reportedly play a talent scout looking for “type E” investors.

As a business, E*Trade was also sobered by the financial crisis. The company famously reported $1.71 billion in losses in a single quarter after it was forced to sell about $3 billion in asset-backed securities just to keep customers confident in its ability to stay afloat. Shares of the brokerage have had an incredible year-over-year run of more than 100 percent, but at about $20 per share, the stock is still well below its pre-crisis level of about $230.

Five years after the crisis, the brokerage business still faces headwinds, though. A recent report by Goldman Sachs analyst Alexander Blostein highlighted concerns about payment for order flow (PFOF), one of the primary ways that brokerages earn their keep.

Officials have been taking an increasingly critical look at the PFOF system recently, and there are some concerns that the U.S. Securities and Exchange Commission will disrupt the business with new regulation. The scrutiny comes in light of the firestorm surrounding high-frequency trading, which was agitated by Michael Lewis’s Flash Boys.

In memoriam of the E*Trade baby: