Investors Shrug Off McDonald’s Weak Earnings, Should You? 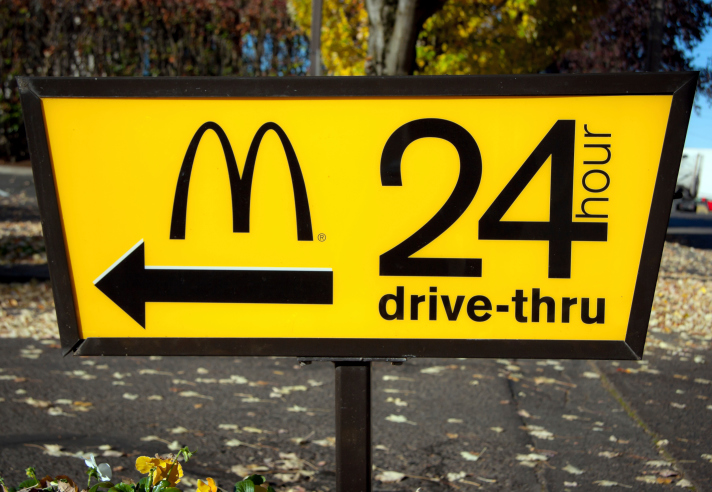 On Tuesday, the world’s largest restaurant operator – McDonald’s Corporation (NYSE:MCD) — reported its first-quarter earnings. Here are some of the important points:

Despite the fact that McDonald’s income fell by 5 percent, the stock hardly reacted. Shares fell by 0.35 percent. Furthermore, while the stock has corrected over the past couple of days, it is still outperforming the S&P 500 by about 1 percent. While this weak net income figure might have driven shares lower in some circumstances, there are several reasons why investors should buy the stock on any weakness in this market environment.

First, while the company’s income fell, it wasn’t by much. Most of the decline was actually due to dollar strength, which made income earned in foreign countries appear to be lower when converted into dollars. Second, the stock trades at a discount to the S&P 500 using a couple of key metrics. McDonald’s trades at 18 times earnings, whereas the S&P 500 trades at 22 times earnings (according to data provided for the iShares S&P 500 ETF (IVV), found here). Furthermore, McDonald’s pays a 3.25 percent dividend versus the S&P 500, which doesn’t even pay 2 percent. This makes McDonald’s stock attractive on a relative basis.

Third, if you observe the price action of McDonald’s shares, it is making higher lows and higher highs since the beginning of February. Every correction of 2 percent – 3 percent has been met with buying. This is a very positive technical indicator that shows investors want to own the stock on any weakness, and investors should expect this trend to continue.

Fourth, investors have been putting more money in large cap defensive stocks, and McDonald’s is a beneficiary. We have seen some of the high flying stocks start to correct in the past couple of months, and this has send investors looking for safety. We have seen weakness in the shares of high growth restaurant stocks such as Starbucks (NASDAQ:SBUX) and Chipotle Mexican Grill (NYSE:CMG), and I suspect that some of the money coming out of these stocks is going into McDonald’s.

Fifth, McDonald’s has been buying back its own stock. It has executed a successful buyback program for years that has resulted in a decline in the overall number of shares outstanding. This means that while net income fell 5 percent, earnings per share only fell 4 percent. If we couple this with the fact that a lot of the earnings weakness was due to a strong dollar, then most of the earnings weakness disappears.

Given these points, investors should consider buying McDonald’s shares on weakness. Since the stock has been correcting 2 percent – 3 percent before resuming its uptrend, it follows that a good entry point to consider is between $98/share and $99/share. However, I would only buy McDonald’s as a trade, and I cite the following reasons for this.

First, the company has shown relatively flat earnings and sales for a couple of years now. Management has to show us that it is doing something to end this stagnation before McDonald’s can stand out as a solid long term investment.

Second, McDonald’s is in a very competitive business — the food service industry. The company faces an enormous amount of competition, and while it can still sell its product based on value and brand recognition, a lot of consumers are hesitant to go to McDonald’s given its reputation for serving unhealthy food.

Third, commodity prices have been strong, and this means that McDonald’s has to pay more for its food products. McDonald’s is especially active in two markets that have seen incredible strength as of late — coffee and beef. The company can either raise prices and risk losing customers, or it can keep prices the same and take a hit on its margins.

Given these points, coupled with the aforementioned positives, I think the stock can be purchased at $98/share with a stop order $3-$5 below this, depending on your risk tolerance.

Disclosure: Ben-Kramer Miller has no position in McDonald’s or in any of the stocks mentioned in this article.