Is 2016 the Year of Marijuana Investments?

It’s no secret that the uncertainty of the marijuana markets has cast most transactions related to the industry in a shadowy light. But with a presidential election and several other developments at play, 2016 could end up being the most pivotal year yet toward legitimizing marijuana. As a result, it could also mean it’s the year of the pot stock.

In January, the marijuana industry reached another milestone: the first company involved with growing, extracting, and selling cannabis started to be publicly traded.

Terra Tech, an agriculture company focused on supporting the cannabis industry, announced in January it acquired Blum Oakland, a medical marijuana dispensary based in California. Terra Tech was already publicly traded on the OTC market, so the joining of the two companies marked the first time a company was publicly traded that incorporated all aspects of the marijuana business, not just supporting roles.

Terra Tech is also likely to be one of the few companies that will ever be allowed to call themselves a true “seed to sale” operation, since a California law passed in October 2015 bans a single company from participating in all aspects of cannabis production and sales, unless they began operations before July 1, 2015. (Blum began in 2012.)

By combining the agriculture side with the dispensary, Terra Tech expects to cut its costs significantly. Retail outlets like Blum can pay $2,500 per pound for cannabis from cultivators and sell it for somewhere around $5,000 per pound. Terra Tech chief executive Derek Peterson told MarketWatch that streamlining the entire process under one company roof will drop those costs to $600 to $800 per pound, before selling it at continuing market prices. The company is effectively cutting costs while keeping revenues the same (and hopefully growing), meaning profit margins should continue to grow if all goes well. 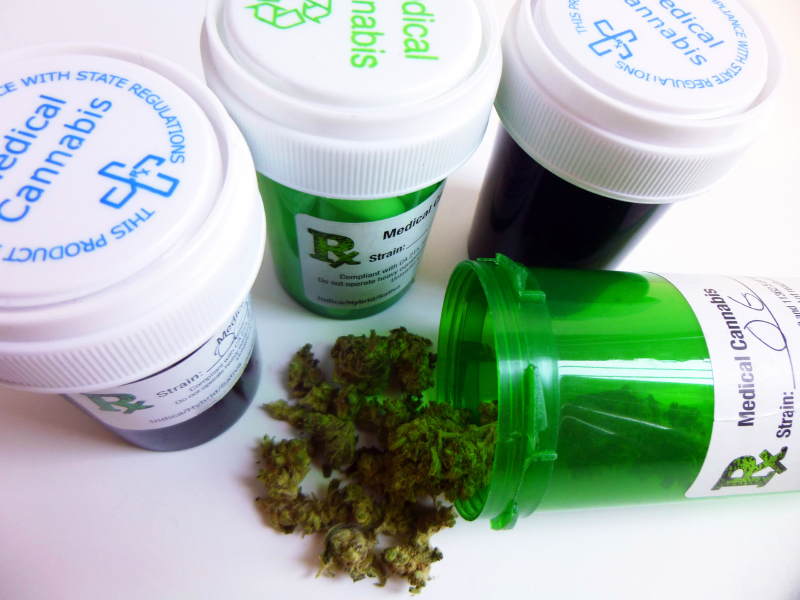 The dispensary had about $15 million in revenue last year, Peterson said, with about 48,000 registered patients. Publicly filing the dispensary’s financial information is a big step forward in transparency for the industry, he told MarketWatch. “[Marijuana] is leaving the black market and getting into the most overt market there is,” Peterson added.

Opening the books on medical dispensaries to the public is definitely a huge step toward legitimizing an industry that still largely operates in uncertainty. Because marijuana in any form is still considered illegal by federal law, coming up with industry standards is difficult, especially in terms of reporting and transparency. However, steps forward in states that have legitimized medical and recreational marijuana are paving the way for more breakthroughs. We’re also starting to get more data about how much states are bringing in from allowing recreational shops to open.

But we’ve said before that investing in marijuana can be a risky move, and even this new stock option hasn’t changed that too much. For one, the marijuana industry could come crumbling down if the federal government decides it’s time to enforce the drug scheduling laws. But on top of that, stock in Terra Tech is traded on the OTC market, not one of the national exchanges. For all intents and purposes it’s still a “penny stock,” which are generally avoided unless you have a penchant for risk in your portfolio.

Aside from the two medical marijuana-related companies mentioned earlier, most marijuana companies have been unsuccessful in being listed on a major exchange. Marijuana-centric social networking company MassRoots applied to be listed on the Nasdaq Capital Exchange in August 2015, but for now is still relegated to the OTC market as well.

Still, the slow march toward legitimization means uncertainty itself could fall within the next year. And with legal marijuana sales expected to jump 25% in 2016 to a whopping $6.7 billion, legitimate marijuana stocks could soon take off in a big way. “A lot of people in the business and finance world, in particular, have kind of taken a ‘wait and see’ approach to the cannabis industry,” ArcView Market Research CEO Troy Dayton told Fortune. Dayton believes 2016 will be a turning point, which means it won’t be such an outlier to see people investing in marijuana anymore.