Is Another Financial Crisis Just Around the Corner? 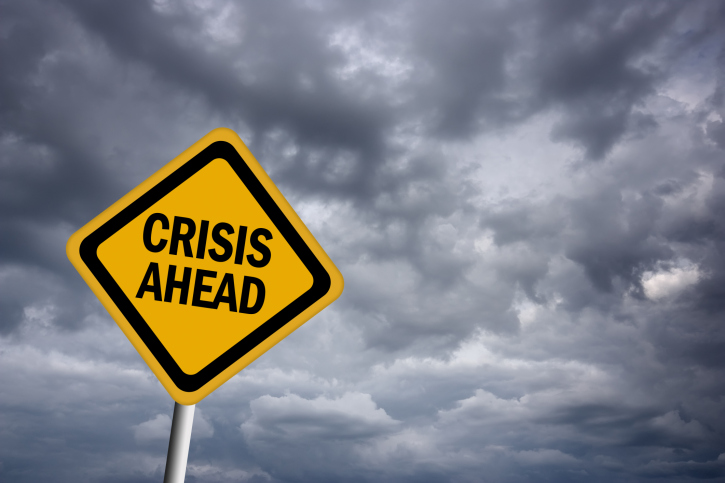 In 2007, we began to see home prices fall and as a result there was a spike in mortgage defaults. Banks, which had at one time been considered to be among the safest investments out there with stable cash-flow streams and shareholder friendly dividend policies began to report losses. By the following year, the large banks began to face bankruptcy, and all of the so-called “big banks” would have gone bankrupt if they weren’t bailed out. This bailout didn’t simply come in the form of the TARP program from the government. In fact, given the size of the big banks’ balance sheets, $25 billion in bailouts apiece would have been far too little to cover the incredible losses.

The second bailout was a stealth bailout from the Federal Accounting Standards Board (FASB), which, as the name suggests, sets accounting regulations that banks have to follow. In 2009, just before the stock market turned around, the FASB told banks that they no longer had to mark their assets to their market values. Rather, they could assume that they were planning to hold these assets (mostly bonds) to maturity and then mark them to “model,” or guess at their value.

With asset prices so depressed, the banks could say that the market prices were temporary and that they could assume more normal prices, which in turn meant that they could say that these assets were more valuable than the market gave them credit for. It is as if you owned a stock that trades at $50/share, but which you believe should be worth $75/share, and so your account statement reflected that belief.

This effectively cleaned up bank balance sheets, and this in turn created the faith needed in order to bolster the prices of these assets. In short, these assets went up in value because the banks were allowed to say that they were more valuable.

But while this meant that that banking system could live another day, it did not negate the fact that these bonds have underlying risks that are not being recognized by the market. With asset prices rising — particularly housing prices — these risks seem to have been forgotten, but the fact remains that there are a plethora of mortgages out there that are vulnerable to default. Furthermore, the banks that hold them on their balance sheets are highly leveraged, and it doesn’t take a large decline in the value of their assets to send them into insolvency. Here are just a couple examples.

Now, it could be worse. For instance, some European banks have far more leverage: Deutsche Bank (NYSE:DB) is leveraged 29.3 to 1. However, if bond prices fall substantially, American banks could be in a lot of trouble. I think investors realize this to a large extent, as evidenced by the valuations that they are assigning to these stocks. Many of them trade below their stated book values, and they also trade with relatively low P/E ratios when compared with the rest of the S&P 500.

Still, stocks more generally in the U.S. are sitting at their all time highs, and they trade at historically elevated price to earnings ratios. Thus investors are not pricing a banking crisis into the broader market despite the fact that a banking crisis would likely lead to a recession that would hit companies’ earnings very broadly.

With this in mind, investors need to be very cautious in this market. Consider owning safe haven assets such as Treasury Bonds and gold. More aggressive investors should look for short opportunities, although this strategy requires impeccable timing. Keep in mind that a banking crisis can be inevitable for years before it actually takes place, and some more prescient investors and economists were calling for a banking crisis 3 to 4 years prior to the actual event.

Since there is still a lot of uncertainty in the economy and in the market, in an earlier article we dicussed which assets investors should consider adding to their portfolios on weakness. Here’s a recap:

Mosaic shares are up over 4 percent for the year, although this is after a lousy 2013. The company suffered from a decline in fertilizer prices that has been a major headwind over the past couple of years. The stock plummeted last summer when the Eastern European potash cartel broke up, which threatened to hit potash prices.

Tobacco may not be as sexy as social media, but it is working this year. The nation’s leading producer of tobacco products, Altria Group, has risen 4.7 percent for the year. The company trades at just under 16 times earnings and it pays a 4.7 percent dividend. Both metrics make the stock extremely appealing relative to the S&P 500. The company should be able to provide investors with stable income for years to come, as it has universal brand recognition (Marlboro), and it has incredible pricing power — net profit margins topped 21 percent last quarter. Investors are looking for safety and they are looking for yield, and Altria Group provides both.

Despite this, the bond market has been stair-stepping higher, and the TLT has risen more than 11 percent for the year excluding dividend payments. I suspect that this is going to continue as investors become more concerned about economically sensitive stocks. While they will still likely bid down the dollar and bid up commodity prices, this doesn’t necessitate that bond yields rise. The Federal Reserve is still buying a lot of bonds, and while Chinese buying has declined, the People’s Bank of China cannot simply sell all of its bonds in order to stockpile commodities, even if that is its long-term goal. With this being the case, Treasuries remain an excellent contrarian bet that will continue to work.