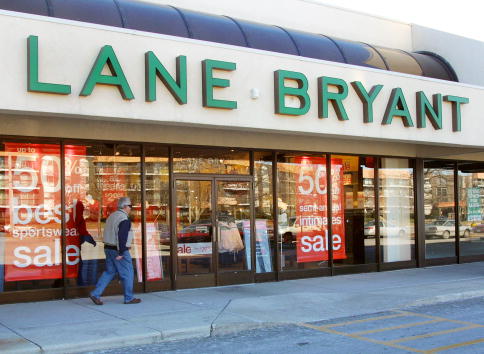 Ascena Retail Group Inc. (NASDAQ:ASNA) is a leading specialty retailer offering clothing, shoes, and accessories for missy and plus-size women under the Lane Bryant, Cacique, Maurice’s, Dressbarn, and Catherine’s brands. It also has products for tween girls and boys under the Justice and Brothers brands. Ascena operates through its subsidiaries approximately 3,900 stores throughout the United States, Puerto Rico, and Canada. The stock has been a poor performer. Its sitting at a 52-week low right now of $16.15. But is the stock an opportunity at these levels? Based on its trading range it seems so, but what about its fundamentals?

I should also point out that the company ended the third-quarter of fiscal 2014 with cash and investments of $216.8 million and total debt of $225 million, compared to $189.4 million of cash and investments and $135.6 million of debt at the end of fiscal 2013. So this is a bit of a rough patch here as the company falls further into debt. David Jaffe, President and Chief Executive Officer stated the following:

Third-quarter [earnings were] above our expectations and slightly above last year primarily due to lower than anticipated [expenses]. Q3 sales were challenging, and that trend continued into the start of Q4. As a result, we are implementing promotional strategies and receipt flow adjustments to ensure our inventories are conservatively positioned for the fall season. We continue to make good progress on our longer range strategic priorities. Four of our five brands are now operating in our retail distribution center in Ohio, and we expect all brands to be operating out of that DC by fall, on schedule. In addition, our new e-commerce fulfillment center opened in the third quarter and we are on track to migrate all brands into operations in that facility by spring of calendar 2015.

So, looking ahead, the company reaffirmed annual guidance between $1.00 and $1.05. This guidance excludes any one-time, acquisition-related integration, and restructuring costs that may be incurred during the fiscal year. The company noted that its guidance is based upon a few assumptions. First is that total comparable sales are expected to be up slightly. Second, the company’s effective tax rate is expected to be 35 percent. Third, investment in capital expenditures is expected in the range of $475 to $500 million. Finally, the company sees net new store growth in the range of 40 to 60 units. The company beat earnings this quarter by 8 cents, but missed revenues by $30 million and were flat year-over. However, despite these results, the stock is attractive at current levels. I think it is too low. Thus, I recommend it as a buy and assign a $20 price target.

Disclosure: Christopher F. Davis holds no position in theAscena Retailand has no plans to initiate a position in the next 72 hours. He has a holdrating on the stock and a $20 price target.