Is Big Pharma Ready to Jump Into the Marijuana Market? 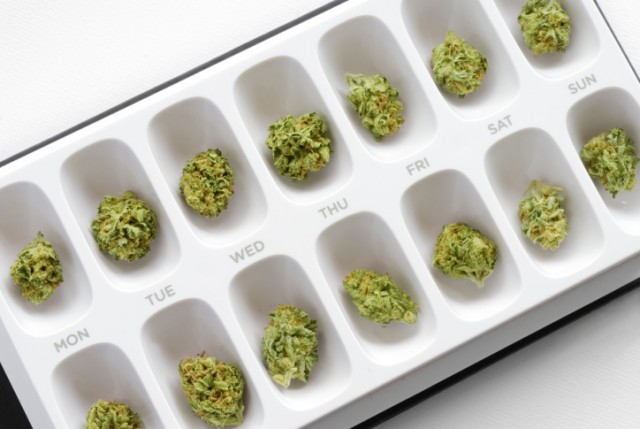 The pharmaceutical market has become an ever-evolving industry that, at times, has a similar feeling to the wild west. As biotech companies grow and manufacturers continue to find promising treatments, a new market that may unlock a host of new possibilities has opened up. With much fanfare from other industries, and with quiet curiosity from Big Pharma, the birth of the legal marijuana market may yield a fertile new place to develop new commodities.

While the medicinal properties of marijuana have thus far been commoditized by small operations, usually operating in some sort of gray legal area, the new legal markets and increased public acceptance of cannabis are offering bigger companies an opportunity to take a serious look into the possibilities marijuana offer. With a myriad of existing products, from topical treatments to oil capsules, the medical marijuana industry has already been a source of incredible innovation and research. Cannabis has been shown to successful treat ailments as diverse as multiple sclerosis to nausea experienced by cancer patients going through chemotherapy.

So what interest do pharmaceutical companies like AstraZeneca (NYSE:AZN) or Pfizer Inc. (NYSE:PFE) have in an opening legal cannabis market? For starters, it has patents that are set to expire in the near future. With the long list of treatable ailments by marijuana, the answer is fairly obvious.

The adoption of cannabis-based medications and products could be the future of the pharmaceutical industry. While marijuana has been designated as a Schedule 1 controlled substance at the federal level, many states have gone ahead to pass bills making medical marijuana use legal for certain ailments. Now with two states passing legislation enabling full legalization, entrepreneurs have the chance to jump into the new industry. The problem for many national and international companies is that it does not want to be exposed to legal backlash in areas where prohibition is still in place.

Companies like Novartis have started divesting in reaction to the rapid changes in the biotech industry. With businesses willing to take aggressive moves like this, seeking out new avenues to invest in is most likely in the industry’s best interest. One example of a company taking the leap is Earth Science Tech, Inc. (QB:UNOV.PK), who recently announced its entrance into a variety of different cannabis-based industries, including legal medical marijuana, cannabinoid and legal hemp.

Earth Science Tech, Inc.’s CEO Dr. Harvey Katz laid out his company’s reasoning behind the move, with perfectly sound reasoning. “We’re a health and wellness company, and we will continue to be a health and wellness company with our new entry into the Legal Cannabis and Medical Marijuana Industry. A growing proportion of the medical community believes that Medical Marijuana and, more specifically cannabinoids, have the potential to help patients who are suffering from a variety of conditions and disorders,” he said.

What future does cannabis have in pharmaceuticals? It will depend on when and how it is adopted by Big Pharma. In the meantime, small businesses and science-savvy entrepreneurs will continue to drive innovation and introduce new products and medications to the market. Some companies, like Earth Science Tech, Inc. are putting its foresight to work, and it will probably pay off.

In a turbulent industry, pharmaceutical heavy-hitters will do what it needs to stay afloat. If embracing cannabis as a new source of revenue and innovation is the next step, expect to see some big names throwing money toward the battle to end prohibition.