Is Everybody Wrong About Gold and Silver? 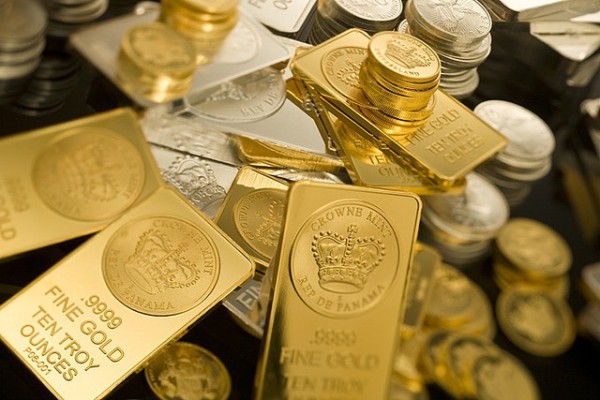 Precious metals became the biggest joke on Wall Street last year. Their returns were laughable as gold and silver both suffered heavy losses toward the beginning of 2013 and never recovered. Adding insult to injury, many investment firms providing coverage lowered price targets. However, does the abundance of pessimism mean the consensus is wrong about precious metals in 2014?

After retreating from all time highs for more than two years, gold and silver are still trying to make a convincing bottom. Over the course of only two days in 2013, gold plunged $200 to reach its lowest level in more than two years. In the process, gold logged its worst one-day percentage drop since 1980 and the largest fall in dollar terms on record. Silver didn’t fair any better with a single-day decline of 16 percent.

Considering the price action in 2013, hardly anyone expects much from gold and silver in 2014. In December, UBS cut its price forecast on gold from $1,325 per ounce to $1,200 and slashed its silver estimate from $25 per ounce to $20.50. UBS believes the downward momentum could ultimately take gold prices to $1,050 per ounce. Goldman Sachs says gold will probably drop at least 15 percent this year. Deutsche Bank, which recently announced it will no longer participate in the benchmark-setting process as regulators investigate for manipulation, has a target price of only $1,141 per ounce for gold.

Earlier this month, Moody’s Investors Service reduced its forward outlook for the average price of gold and silver this year to $1,100 and $18 per ounce, respectively. The ratings agency cited unfavorable fundamentals over the next couple of years as the global economy is expected to gain steam without the threat of inflation.

Despite the wave of negative sentiment, contrarian investors should be taking notice. “Typically with commodities in general, when you have momentum in one direction, it can go beyond the point that it’s trying to reach and things can really over extend. That can happen to the upside as well as the downside,” explains Andrew Chanin, co-founder of PureFunds, in a phone interview. “I think a lot of people were looking at precious metals having such a strong bull run through the 2000s, and got very excited and piled in on the way up, the same way they were also very pessimistic on the way down.”

There are already signs that contrarian investors are paying attention. In 2013, the U.S. Mint sold 856,500 ounces of its latest American Gold Eagle coins, representing a 14 percent increase from the 753,000 ounces sold in 2012. In fact, the U.S. Mint sold a record breaking 42.675 million ounces of American Silver Eagle coins. That is the biggest haul of silver coins sold in a single year since the U.S. Mint started producing the series in 1986. “The most exciting part about silver is the ramp-up in investment demand,” adds Chanin.

The miners are an even bigger contrarian play. Shares of the Market Vectors Gold Miners Index ETF (NYSEARCA:GDX) crashed 54 percent last year. In fact, Newmont Mining (NYSE:NEM), one of the largest gold miners in the world, was the worst performer in the S&P 500, with a loss of 50 percent. Barrick Gold (NYSE:ABX) also lost more than half its value and made several disappointing announcements along with its latest financial results. The company decided to suspend construction activities at the Pascua-Lama project in South America, which has faced delays and problems for more than a decade. The decision will postpone near-term cash outlays. Barrick Gold even took a $5.1 billion charge related to the project located between Chile and Argentina.

“We’re seeing that a lot of the mining companies for gold and silver are having hard times operating at profitability at these current low prices for the spot metal,” explains Chanin. “With that, some companies are starting to consider or actually shutdown their mines that are not economic at these price points.”

He adds that, “For the price of the metals, the miners are trading near decade lows. These companies are trading at a significant discount based on historical prices. These companies have been beaten down, for the most part of the sector, even more than the price of gold or silver. People are even disregarding the assets they have in the ground. I think so many people threw the entire sector out. If we are able to see a turnabout in the metal prices, the miners can rebound very quickly.”

Precious metals may be the most-hated asset on Wall Street, but Mr. Market has a funny way of reminding investors that selling pressure does not last forever. Chanin recommends dollar-cost averaging when investing in precious metals, as they can be very volatile. Silver typically makes larger moves than gold in either direction, and investors with a high conviction in precious metals should consider junior miners as they can outperform senior producers on rallies.

Here’s how gold and silver have traded year-to-date: