Is General Electric a Tasty Morsel for an Activist Investor? 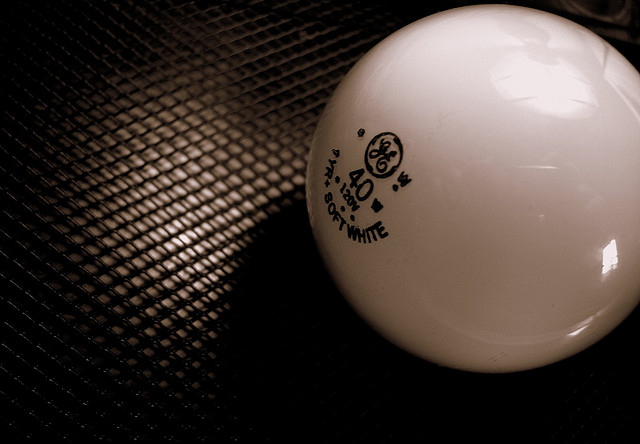 Activist investors — known for taking large stakes in companies judged to be ill-managed or undervalued and pushing for change — could have an eye on General Electric (NYSE:GE). Sources familiar with the inner workings of the energy and manufacturing conglomerate have confirmed as much, pointing to the August meeting between the senior management team of GE Chief Executive Officer Jeffrey Immelt and famed shareholder activist Nelson Peltz.

The investor, who is the midst of pushing for a breakup of PepsiCo (NYSE:PEP), a company in which his firm owns a 0.8 percent stake, has earned a reputation for finding value by breaking up complex corporate entities. And GE is undoubtedly a complex corporate entity. It may seem unusual for a corporate agitator to meet with such a company, but a company spokesman did indeed confirm the event.

What remains disputed is the intent of the meeting. “Mr. Peltz was a guest speaker at a dinner for corporate officers as part of our regular annual officers meetings,” GE spokesman Seth Martin told the Wall Street Journal. “We always have external speakers at these meetings. This was a discussion about the markets broadly, not about GE.”

However, through sources with direct knowledge of the event, Fox News learned that Peltz discussed shareholder activism, specifically the demands an activist shareholder might make of GE, which included layoffs and the selling of certain business units to boost stock price. “He spoke specifically about how an activist might look at GE, and what management might do to meet those demands,” the source said.

In recent months, shareholder activism has shaken up several companies. Daniel Loeb of Third Point has demanded a seat on the board of Sotheby’s (NYSE:BID), a demand the famed auction house has rejected. Meanwhile, Carl Icahn, after losing his battle with Michael Dell for control of the personal computer manufacturer, has accused Apple (NASDAQ:AAPL) of hoarding “cash rather than repurchase stock,” and has tussled with eBay (NASDAQ:EBAY), claiming the current management is not fit to lead. Then there is Peltz’s own campaign to break up Pepsi.

Immelt may have no real cause for concern, but through recent bouts of conflict between corporate managements and activist investors, the GE chief executive was given reason to be concerned over how his company is viewed by such shareholders. Plus, even though activist investors are generally deemed to be disruptive and dangerous due to their pursuit of short-term gains at the expense of long-term growth, the financial world is becoming more accepting of their strategies. For proof of that change, one needs to look only as far as a recent Motley Fool article entitled “Is Carl Icahn a Shareholder’s Robin Hood?”

Nonetheless, corporate executives still argue that the strategies of activists do more harm than good, highlighting what they call the damaging involvement of Pershing Square’s William Ackman on J.C. Penney (NYSE:JCP). However, it is unclear how worried General Electric’s management truly is about activist investors.

GE does fit a profile of companies that activists target: companies that have underperformed in the stock market. Shares of GE — which opened Tuesday morning at $25.52, roughly midway between the stock’s 52-week range — have gained more than 10 percent over the past twelve months. Shares have definitely rebounded from 2008 lows, when the costs of funding its financial arm nearly sunk the entire company. But the stock still remains below highs reached in 2000, under the leadership of then-CEO Jack Welch.

At the time, GE’s stock was one of the market’s strongest, and it traded at around $60 per share. Over the past year, General Electric began making moves to transform the company from sprawling conglomerate to a more focused industrial company, changes that did cause revenue to come in somewhat lower in 2013 than in 2012. Still, growth is expected to come faster in the current year. In January, the company reaffirmed its forecast for “double-digit” growth in industrial earnings in 2014.

With a market value of more than $250 billion, GE is among the largest companies in the world. But size in no way prevented Icahn from purchasing a stake in Apple and badgering the iPhone maker, the stock of which has fallen way below the highs achieved in fall 2012, to increase its share buyback program, which management did. “GE is a pretty big whale” for an activist to target, analyst Brian Langenberg told Fox News. The company has been “doing the things it should be doing” to appease activist shareholders, including buying back shares and shedding assets like its financial operations GE Capital, which Immelt is preparing to spin off later this year.

Still, Langenberg said the chance of an activist investor targeting GE is “greater than zero,” adding that “there is always a chance.”