Is Herbalife a Pyramid Scheme or a Dirt Cheap Growth Stock? 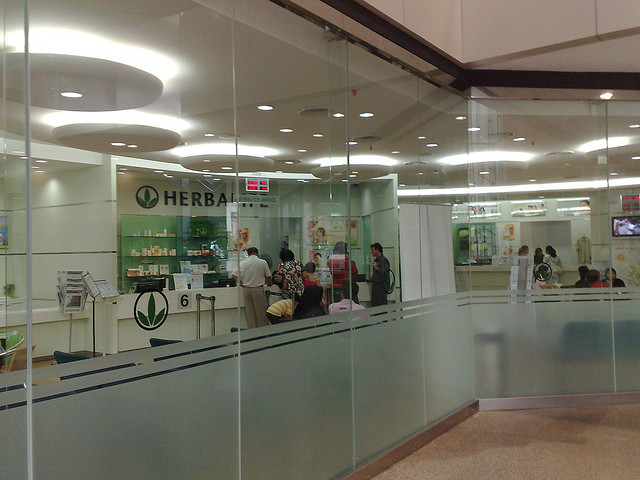 Herbalife (NYSE:HLF) has been a lousy performer this year with shares down about 17 percent. While the stock has begun to recover, there is still a pressing issue that has made an investment in Herbalife appear risky to most investors.

In late 2012, hedge fund manager Bill Ackman gave a presentation in which he argued that Herbalife is a pyramid scheme, and he also announced that he was short about 20 percent of the total shares outstanding on the belief that this pyramid scheme would be exposed and that the government would shut the company down. This would send the stock to 0. While this bet has been a loser, more and more evidence is becoming apparent to the market that demonstrates that Ackman is right.

More recently, the company has come under investigation by the FBI, who looked into the company’s marketing practices. Ackman also released a documentary that showcased some of the people who got caught up in the alleged pyramid scheme, and this was followed by a thorough question and answer session with some of these people.

Before I get into the details, it makes sense to take a step back and describe Herbalife’s business model. The company advertises to prospective entrepreneurs who wish to work from home selling protein shakes, vitamins, and other assorted health-aids. Prospective entrepreneurs are told that they can buy the product directly from Herbalife and then sell it for a profit. Furthermore, these people can sign up new members, and if these new members make sales or sign up additional members the original member receives some payment.

Mr. Ackman’s documentary paints a very different and less promising picture. The people who speak in this documentary tell viewers that there is very little emphasis on actually selling the products, and that they spent most of their time attempting to sign up other members. In order to do this, members had to spend more money, and while it isn’t impossible to sign up new members and make a profit doing so most leads are dead ends and the little bit of money that members did make often cost dozens or hundreds of hours of time plus thousands of dollars.

The jury remains out on the issue of whether Herbalife is a pyramid scheme or not. Those who support the claim agree with the general claims made in the documentary and the subsequent question and answer session. Those who don’t support the claim believe that those associated with the documentary and the question and answer session were part of one bad chain in a multi-chained multi-level marketing scheme, and that Mr. Ackman selected the one bad apple in the bunch in order to save his losing short bet.

Ultimately, it is very difficult to know who is right with certainty without being a corporate insider. We can find investors, as well as associated entrepreneurs on both sides of the fence on this issue. However, there are a couple of reasons to side with Ackman, and if we aren’t planning on going short this stock is best left alone. There are a couple of reasons for this.

The first is that very recently Herbalife took extreme measures meant to prop up its stock price. It has been aggressively buying back its own stock and it has been borrowing money in order to do so. Furthermore, the company has suspended its dividend in order to buy back shares. While it is true that dividends are a less efficient way for companies to return capital to shareholders because dividends are taxed, this doesn’t appear to be a very shareholder friendly move, and the company seems more interested in maintaining its stock price than of creating shareholder value.

While the stock has been weak this year, it has been extremely strong over the longer term; shares traded at under $6.50/share during the financial crisis and they trade at over $60/share today. If the company were really intent on creating long-term shareholder value, it would penalize short sellers by continuing to pay a dividend (short sellers have to pay the dividend when they’re short a dividend paying stock), and it would let the short sellers push the stock price down so that it could buy back stock at a lower price. But the company seems like it is in defensive mode, and this is not the sort of company you want to bet on.

The second is that Mr. Ackman has faced hostility whenever he approaches management with the issues he raises, and it appears that management has something to hide. Now, granted, you would probably be very upset and you might lash out if you were accused of some horrible felony that you were innocent of. But corporations have legal avenues that Herbalife could pursue that it isn’t. For instance, the company can sue Ackman for making libelous claims, but in order to make such a claim stick in court the company has to prove that it is not a pyramid scheme.

Given these points, I would be very hesitant to put my money in Herbalife shares despite the fact that the company is growing sales and earnings and it trades at just 14.4 times earnings.

Disclosure: Ben Kramer-Miller has no position in Herbalife.