Is Hewlett-Packard Going the Way of the Dinosaurs? 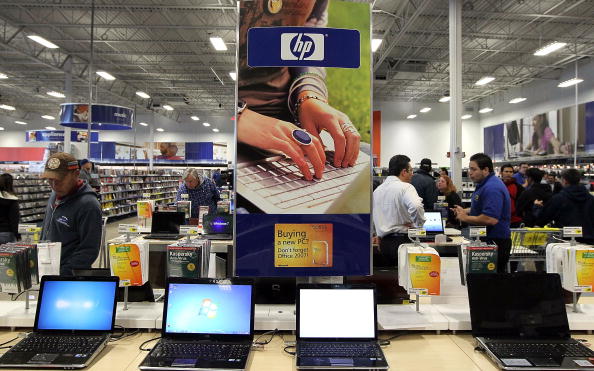 Hewlett-Packard (NYSE:HPQ) was once a great and proud company. In recent years, it has lost this status because it simply has not been able to innovate. I’m not quite sure why the company still clings to its ‘dinosaur’ roots for lack of a better word, but the plain fact is that HP has not evolved as rapidly as many other competitors. What’s more than concerning is a lack of a segment devoted entirely to mobile technology and tablet development. This is the primary reason why HP reported another so-so quarter.

While earnings met expectations, the company’s second-quarter net revenue of $27.3 billion was down from the prior-year period. What is troublesome is that Wall Street is applauding the company right now after it announced more layoffs. Normally, this is a huge red flag. After announcing its restructuring plan in May 2012, HP had estimated that it would eliminate 34,000 jobs. Now the company is looking to axe over 50,000 jobs if not more to save its struggling operation. Unfortunately, this once proud company was one of my top recommendations many years ago. However, the company has struggled to revamp itself in the post-PC era.

It’s not all gloom and doom. Meg Whitman has tried pushing it further into services and growing areas such as providing the servers used in cloud computing, or the remote storage of data. It is true that commercial sales of PCs and software revenue proved a help to the company throughout the quarter. Revenue from enterprise PC sales rose 12 percent, while software licensing revenue rose 8 percent.

Besides the company refusing to innovate and the fact that it is being applauded for cutting more jobs than expected while it brings in less revenues, the primary reason to sell this stock is that the outlook for HP is uncertain. Profits should be taken before they turn to losses. The stock has more than doubled off of its lows from 2012 but the company is under immense pressure. While the company is increasing its earnings per share year-over-year, the cutting of more jobs is a key indicator that the company continues to struggle mightily in the face of severe competition.

I am now amending my prior hold recommendation to a sell. The company needs a fresh new plan. I cannot recommend investors hold the stock, because there are simply more lucrative opportunities out there in the market. While I would love to see the company thrive once again, until it can string together a few successful quarters or completely revamp and innovate once again, it should be avoided. The cutting of jobs is not a reason to get behind this stock. Growing sales, revenues, and raising investor expectations for the future is a reason to get behind a company, and HP simply is not showing us the money. My sentiment is to take profits, and look to revisit the stock in the $20s.

Disclosure: Christopher F. Davis holds no position in HP but may initiate a short position in the next 72 hours. He has a sell rating on the stock and a $26 price target.