Is It Consolidate or Die for TV and Broadband Companies? 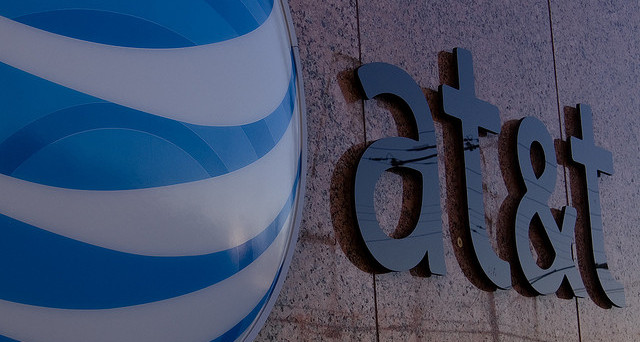 As consolidation turns the Internet and cable television industries into an arms race, two more giant telecom companies are looking to join forces. AT&T (NYSE:T) is in talks to purchase DirecTV (NASDAQ:DTV) for a reported $50 billion, although the deal appears to be several weeks away from being finalized. There are definite advantages for both companies in combining forces, but the news has consumers grimacing at what consequences could come as a result.

The proposed merger is most likely being discussed as a result of the recent news of Comcast (NASDAQ:CMCSA) attempting to merge with Time Warner Cable (NYSE:TWC), which would make the resulting entity the largest and most powerful Internet service provider and cable operator in the country.

The logic behind the merger is simple for DirecTV, as AT&T would help ward off the large number of subscribers who are jumping ship and opting instead to pay for streaming video services like Netflix (NASDAQ:NFLX) or Amazon (NASDAQ:AMZN) Prime in lieu of satellite television. The numbers of “cord cutters” has been growing, which is one of the factors contributing toward the recent round of acquisitions and mergers in the cable and Internet industry.

While DirecTV and AT&T have had a longtime partnership, the actual combination of the two companies would create the second-biggest cable and TV conglomerate if Comcast’s deal with Time Warner Cable is allowed to go through by regulators.

Facing a  Comcast-Time Warner Cable behemoth, AT&T could have seen death staring it in the face. The Comcast deal is a reaction to forces in the market. Even with AT&T’s size, going up against the combined powers of those two companies is a formidable task, perhaps driving the company to seek a partner. DirecTV is facing increased pressure from its satellite competitor Dish Network (NASDAQ:DISH), which has added to its own arsenal by purchasing room on the spectrum to add room for further business developments.

ReconAnalytics analyst Roger Entner told Reuters that with the Dish purchase, DirecTV was forced to make a move. “They both see the Grim Reaper at the horizon. DirecTV hasn’t gone out and bought spectrum. Dish has, so DirecTV needs to find a partner, and AT&T is that partner,” he said.

AT&T and DirecTV are teaming up as a means of survival against opposition that is only getting bigger and more powerful, showcasing a great example of evolution through consolidation. In order to even remain competitive, in the opinion of the companies’ executives, growth is a must. The question is: Why now? It could be possible that with the pending Comcast merger, it puts the Federal Trade Commission and Federal Communications Commission in a compromised position.

Could the FTC really justify allowing the Comcast merger to go through but not let AT&T join forces with DirecTV, or vice-versa? While consumers are justifiably worried about the anti-rust and monopolistic implications of both moves, the government hasn’t shown any indications that it won’t act in the best interest of big business.

The FTC also finds itself in the situation of being the “bad guy” if it doesn’t allow the mergers to happen; the agency could face intense scrutiny from business advocates, who are likely to call foul at the prospect of not allowing the “free market” to run its course. Both mergers also come at a time where the larger debate over net neutrality has the FCC tied up. Consumers are already in a tizzy over the idea of a completely unregulated Internet. Fears are that ISPs will reign supreme by charging lots of money to content providers without being challenged. With even less competition guaranteed by the two major mergers, customers can expect higher prices, worse service, and less innovation.

With the AT&T-DirecTV talks, we see two companies willing to throw their big guns in the same pool of weapons to fight for their survival. While it’s simply a reaction to the proposed Comcast acquisition of Time Warner Cable, the recent round of consolidation of Internet and cable companies into mammoth conglomerates does not appear to be a promising development for customers. For now, consumers and the markets need to sit back and see what the FTC and FCC decide about the mergers and net neutrality rules. What happens next is on the backs of the regulatory commissions.