Is It Fair to Sell Abercrombie & Fitch? 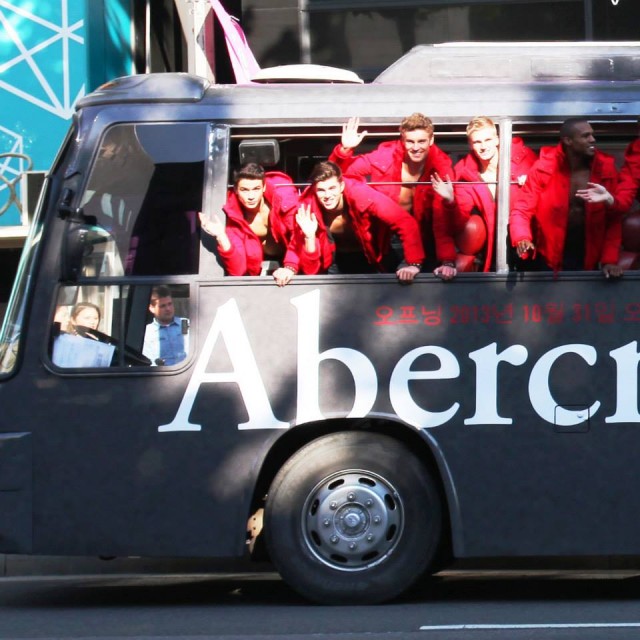 It also offers bras, underwear, personal care products, sleepwear, and at-home products for girls under the Gilly Hicks brand. The stock has been flat in the past two years as these specialty retailers faced numerous macro challenges. However, unlike its competitors, Abercrombie & Fitch actually beat on its earnings. But should you buy the stock? An examination of the company’s recent performance can help answer this question.

The gross profit rate for the first quarter was 62.2 percent, 370 basis points lower than last year, reflecting a higher mix of fall merchandise clearance selling versus last year and an increase in promotional activity. Stores and distribution expense for the first quarter was $417.6 million, down from $449.1 million last year. The stores and distribution expense rate for the quarter was 50.8 percent of net sales, down 270 basis points from last year, driven primarily by savings in store payroll partially offset by higher direct-to-consumer expense and $0.8 million of charges related to the profit improvement initiative.

The company has a decent balance sheet and financial standing. Restructuring charges associated with the closure of the Gilly Hicks stand-alone stores were $5.6 million for the first quarter, primarily related to lease exit costs.Other operating income for the first quarter was $3.6 million, which included insurance recoveries of $3.1 million, compared to $0.8 million of other operating income last year.

The effective tax rate for the first quarter was 29.3 percent compared to 53.7 percent last year. On an adjusted non-GAAP basis, the effective tax rate for the quarter was 27.5 percent. The company ended the quarter with $486 million in inventory at cost, an increase of 6 percent versus the prior year. During the first quarter, the company repurchased 3.8 million shares of its common stock at an aggregate cost of $150 million through an accelerated share repurchase. As of May 3, the company had approximately 12.5 million shares remaining available for purchase under its publicly announced stock repurchase authorizations.

Mike Jeffries, CEO, said: “In what remains a difficult teen retail environment, we are pleased that earnings for the quarter were in line with our expectations. Overall sales for the quarter decreased 2 percent, which included strong growth in our direct-to-consumer business. In addition, comparable sales continued to head in the right direction, and included significant sequential improvement in our female business and our Abercrombie & Fitch brand as a whole.We remain focused on returning to growth, and believe we are taking the right steps and are on course to accomplish that goal. As we look forward to the rest of 2014, we have made significant improvements throughout the organization to better align us for success, and we are energized by the opportunities ahead of us.”

The quarter was slightly better than expected but the company continues to face challenges. Looking ahead, the company is maintaining its guidance of full-year diluted earnings per share in the range of $2.15 to $2.35, which now includes the effect of the first quarter accelerated share repurchase. The guidance is based on the assumption that full-year comparable sales will be in the range of down 3 to 4 percent.The guidance assumes a gross margin rate for the full year that is down slightly compared to fiscal 2013, with average unit retail pressure and lower shipping and handling revenues partially offset by average unit cost improvement.

The above guidance does not include charges related to the Gilly Hicks brand restructuring, the company’s profit improvement initiative, certain corporate governance matters, or other potential impairment and store closure charges. In addition, the guidance assumes a weighted average share count of approximately 74.5 million shares, which does not include the effect of additional share repurchases and a full year tax rate of approximately 35 percent. The tax rate remains sensitive to the mix between international and domestic income.

In addition, the company continues to expect to close approximately 60 to 70 stores in the U.S. during the fiscal year through natural lease expirations.The company now expects total capital expenditures for the fiscal year to be approximately $210 million to $220 million. The increase from prior guidance includes additional capital expenditures related to an expanded rollout of the new Hollister storefront that the company has been testing since January of this year. The company now anticipates that this new storefront will be rolled out in 75 to 100 stores by the end of the current fiscal year.

Given the expected sales decline, the ongoing restructuring, the share buybacks in place, and the dividend paid by the company, I do not believe selling the stock is warranted. However, given some of the structural weakness, I rate this stock as a hold going forward and suggest shareholders give management a few quarters to get the business back on track to increased profitability.

Disclosure: Christopher F. Davis holds no position in Abercrombie & Fitch and has no plans to initiate a position in the next 72 hours. He has a hold rating on the stock and a $37 price target.