Is It Panic Time for Advanced Micro Devices? 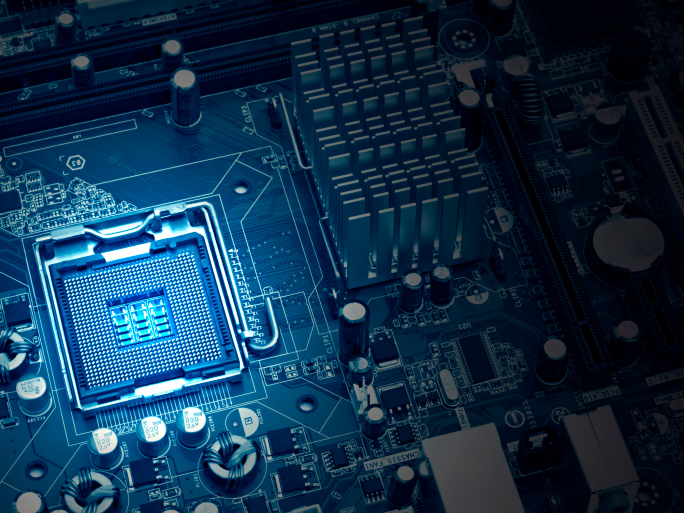 Advanced Micro Devices Corporation (NYSE: AMD) has been a great stock for trading but a lousy investment on the last five years. The company has come back from the brink of death, but is being absolutely decimated on the back of disappointing earnings.

The company operates as a semiconductor company worldwide. It operates in two segments, Computing Solutions and Graphics and Visual Solutions. The company designs, develops, and sells microprocessors, such as central processing unit (CPU) and accelerated processing unit (APU) for desktop PCs, notebooks, tablets, hybrids, servers, and embedded products. It also offers embedded processor products for vendors in industrial control and automation, digital signage, point of sale/self-service kiosks, medical imaging, set-top box, and casino gaming machines, as well as enterprise class telecommunications, networking, security, storage systems and thin-clients, or computers that serve as an access device on a network. In addition, the company provides chipset products with and without integrated graphics processors for its desktop PCs and servers, APUs, notebooks, and embedded products. Further, it develops graphics and visual solutions products for use in desktop PCs, notebooks, tablets, professional workstations, servers, and gaming consoles. This type of business always has ups and downs, but Advanced Micro Devices has had more than its fair share. After its most recent report, the stock is heading much lower. In fact, it seems like its panic time for shareholders.

So how bad was it? Well we have certainly seen worse from this company. Revenue for the second quarter was $1.44 billion, operating income was $63 million and the net loss was $36 million, or $0.05 per share. These numbers all whiffed on estimates. Non-GAAP operating income was $67 million and non-GAAP net income, which primarily excludes $49 million of loss from debt redemption in the quarter, was $17 million, or $0.02 per share. Gross margin was 35 percent and was flat sequentially. Cash is not in horrible shape. Cash, cash equivalents and marketable securities were $948 million at the end of the quarter, significantly higher than the target minimum of $600 million and close to its optimal zone of $1 billion.

The bad news piles up. The Computing Solutions segment revenue increased 1 percent sequentially, BUT decreased 20 percent year-over-year. Much of this was a result of a decline in microprocessor unit shipments. One small shimmer of light was that operating income was $9 million, an improvement from an operating loss of $3 million in the first quarter and the operating income of $2 million in the second quarter. The sequential increase was primarily driven by improved gross margin due to a richer mix of notebook products while the year-over-year increase was primarily driven by lower operating expenses. Further microprocessor prices rose over the year as well.

Where some positive growth came in was the Graphics and Visual Solutions segment. Here revenue increased 5 percent sequentially and 141 percent year-over-year driven largely by increased semi-custom chip shipments. Graphics processor unit revenue decreased sequentially and year-over-year however, primarily due to a decrease in sales. Operating income was $82 million compared with $91 million in the first quarter and breakeven in with last year’s second quarter. The sequential decline was primarily due to lower revenue, while the year-over-year increase was driven by increased sales of semi-custom chips. Rory Read, president and CEO, stated:

“The second quarter capped off a solid first half of the year for AMD with strong revenue growth and improved financial performance. Our transformation strategy is on track and we expect to deliver full year non-GAAP profitability and year-over-year revenue growth. We continue to strengthen our business model and shape AMD into a more agile company offering differentiated solutions for a diverse set of markets.”

Looking ahead, panic has set in. I think that the stock might be overreacting, but give it time. If you haven’t sold yet, be aware that the stock could fall farther. At current levels, the stock is a hold in my opinion, but if it falls back under $3.00, I would be inclined to buy a little. It is a tough call.For the third quarter, revenue is expected to increase 2 percent, plus or minus 3 percent, sequentially. What this means is revenue could decline. The next quarter will really determine the trajectory of the stock to the $2.50 range versus the $4.50 range.

Disclosure: Christopher F. Davis holds no position in Advanced Micro Devices and has no intention of initiating a position in the next 72 hours. He has a hold rating on the stock and a $3.50 price target.