Is It Time for the Contrarians to Buy Amazon? 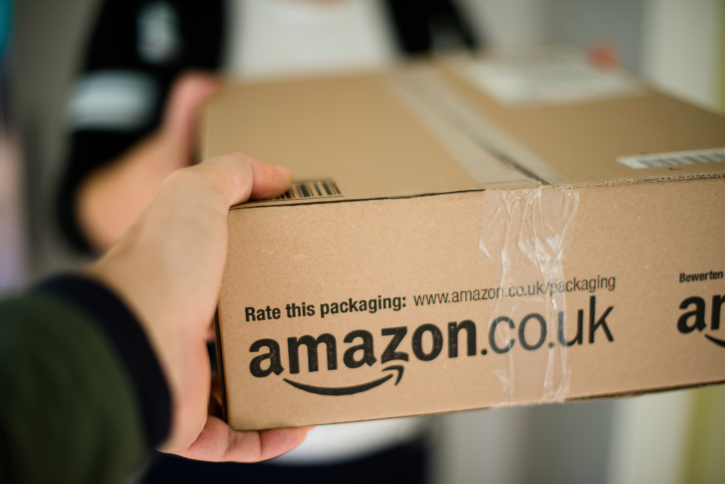 Since releasing its earnings figures last week, Amazon (NASDAQ:AMZN) shares have plunged by about $50, and it now trades below $300/share. This is after breaching $400/share just a few months ago.

While in the after-hours trading session last Thursday, Amazon shares were flat, it plunged the following day. I think the reason for this is that when traders first saw the numbers they saw that nothing had changed — that Amazon was telling the same old story. But the following day, when the stock plummeted, it seems as if investors have started to become fed up with the same old story. But what is this story?

Amazon has excellent sales growth but virtually no profitability. The explanation for this is that all of the company’s profits are going into developing its infrastructure in order to retain its dominant market position. Analysts would then project a very small profit in the next quarter or two, and then they would project a much larger profit for the following year. So for instance, analysts were projecting $0.24/share for the first-quarter, but $4.26/share in the following year. But now that the Q1 number came out and was disappointing, and now that 2015 is one quarter closer, the estimates have come down to $3.56/share.

Despite several years of this, nothing has changed, and as I said, I think investors are getting fed up with this. But also we find that Amazon shares are now in a clear downtrend, and this impacts trader mentality, which drives stock prices in the near term. When an earnings report for a company like Amazon comes out and there is no upside surprise, then the short sellers don’t become scared and they, in fact, short more shares. After all, where are the profits and the dividends bolstering the share price? If there aren’t profits and dividends supporting the share price, and if there aren’t speculators supporting the share price, and if in fact the speculators are putting pressure on the share price, then it shouldn’t surprise anyone that the stock is falling.

While the stock probably still has some more downside, there is one glaring problem with any kind of bearish thesis — Amazon is the leader in the online retail space. While there are other significant players — notably, eBay (NASDAQ:EBAY) and Google (NASDAQ:GOOG) — Amazon is a place consumers go to for virtually anything they need. Furthermore, now it offers streaming and other media features, which is such a great business because it costs virtually nothing to add new subscribers, and new subscribers make regular payments in order to get access to this feature.

So what are investors to do? The first option is to look elsewhere for opportunities. EBay, for instance, may not be Amazon, but it is a growing and profitable business with a brand that it universally recognized in the e-commerce space. What is so great about eBay is that the company doesn’t sell its own products — it merely offers a platform for selling products, and so other than the cost of maintaining this platform it is a highly lucrative business. Furthermore, Paypal is also an excellent business as an integral part of the electronic payment industry. It doesn’t compete with its major players such as Mastercard (NYSE:MA) and American Express (NYSE:AXP), but rather it works with these companies and it enables small businesses to easily accept credit cards. EBay is expected to report earnings today after the close, and I think it can be bought on weakness.

However, if you really do believe in the Amazon story — and I think in many ways it is very compelling — then wait for a couple of things before buying the shares. First, wait for some analysts to become bearish. While the stock fell more than 10 percent in the past couple of days, the average analyst price target only fell by about 4 percent to $417/share. Analysts are simply way too bullish, and even if they are right, the best time to buy if you are bullish is to do so when they are bearish and wrong. Second, wait for some signs of actually profit growth. Look for the company to come out with a plan to report a meaningful net profit relative to its valuation and then to act upon that plan. While this will get a lot of investors interested in the shares, I don’t think you’ll miss much of the upside.