Is It Time to Go Long on Caterpillar? 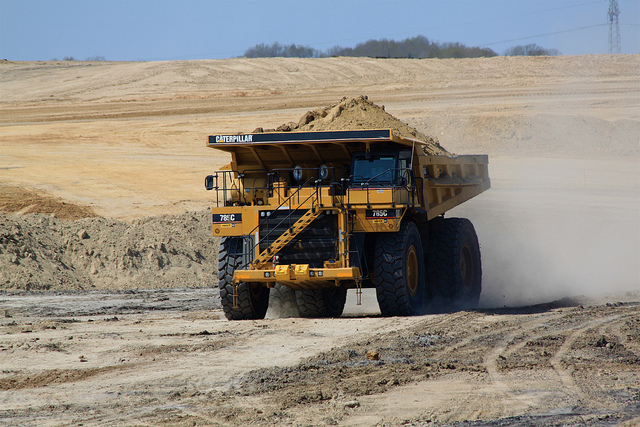 The mining and construction equipment company Caterpillar Inc (NYSE:CAT) has seen its stock soar in 2014 following new developments that demand for its products has stabilized and could be on the rise. Shares have soared from around $80 to nearly $110 since December, but in looking ahead are there reasons to keep buying?

For 2014 Caterpillar is expected to create revenue of $56.2 billion and grow its top-line by 1 percent versus 2013. While this growth may seem insignificant, it’s a big step in the right direction for a company that has fundamentally suffered with low demand for its mining equipment, as pricing has had to become rather aggressive in the last year especially.

Yet, so far in 2014 pricing has been stable. Therefore, despite little revenue growth, flat in the first quarter, net profit growth has exceeded revenue at 4 percent. Thus, the consensus for full-year EPS has consistently risen in the last three months, from $5.93 to $6.21. This shows that Caterpillar’s strong start to the year has been more EPS-related versus revenue growth, although any improvements to revenue could be the catalyst needed to send shares higher.

Therefore, investors should be encouraged by the research of analysts in recent weeks that points to better days ahead. Deutsche Bank recently said that sales of mining equipment are holding steady, and that excess capacity problems are showing significant improvements. Specifically, Deutsche believes that Caterpillar’s dealer inventories are normalized and that the company’s excess capacity currently sits at just 10 percent to 15 percent following widespread destocking at mines. In other words, this implies that Caterpillar could soon return to noticeable growth as its excess capacity continues to shrink and the need for new equipment grows.

Furthermore, in late June, Credit Suisse reported that the U.S. industrial equipment market is performing far better than expected. This has been one of Caterpillar’s strong areas with analysts projecting growth of 5 percent to 7 percent this year. However, Credit Suisse conducted a survey where 95 percent of dealers said they were exceeding their own forecast. Therefore, this increased demand might explain why inventories are low, and so long as demand stays strong this insinuates that Caterpillar could see strong year-over-year growth in the near-term. Moreover, Credit Suisse is now projecting 8 percent to 12 percent growth in Caterpillar’s U.S. industrial equipment segment.

With all things considered it seems like a long time since Caterpillar’s industrial sales were falling at a double-digit clip, and it now seems highly likely that afull-blown recovery is in store for the company. Albeit, with Caterpillar underperforming the market in both 2012 and 2013, it is very possible that shares of the company will trade higher as revenue, along with EPS, growth becomes the key stock moving catalyst.