Is La-Z-Boy Stock Taking a Nap? 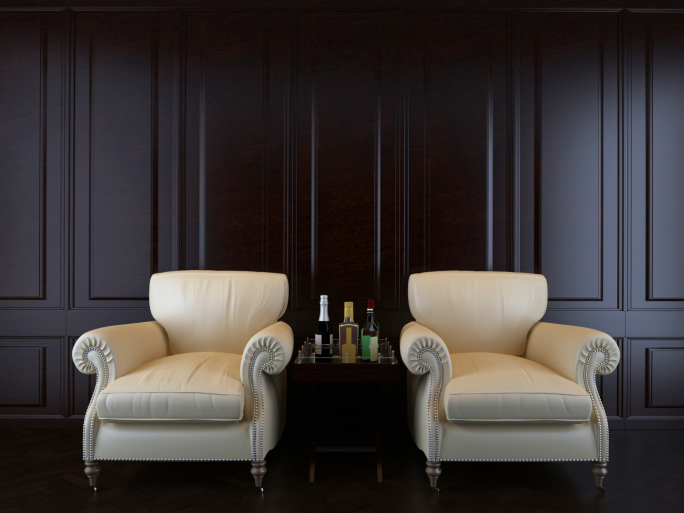 La-Z-Boy Incorporated (NYSE:LZB) is a very well-known company. It has been a household name for some time. For those who may be unfamiliar with the company, it manufactures, markets, imports, distributes, and retails upholstery products, accessories, and casegoods furniture products in the United States and Canada. The company also produces reclining chairs and manufactures/distributes residential furniture in the United States. It operates in three segments: Upholstery, Casegoods, and Retail segment. The Upholstery segment manufactures or imports upholstered furniture, such as recliners and motion furniture, sofas, loveseats, chairs, sectionals, modulars, ottomans, and sleeper sofas. This segment sells directly to La-Z-Boy furniture galleries stores, operators of Comfort Studios locations, dealers, and other independent retailers.

The Casegoods segment imports, markets, manufactures, and distributes casegoods furniture, including bedroom sets, dining room sets, entertainment centers and occasional pieces, and upholstered furniture. This segment sells its products to dealers and other independent retailers. The Retail segment sells upholstered furniture, casegoods, and other accessories to the end consumer through the retail network.

The stock has been a real disappointment for shareholders year-to-date, shedding nearly 20 percent of its value. However, I expect the bleeding to continue as the company had weak sales, to which it essentially blamed the weather for, rather than taking ownership and stating it would make the company work. Lets review the numbers.

The company is still making money, but it is having trouble keeping pace with analyst estimates. Earnings were in-line for the quarter, but the company missed on revenues Sales for the fiscal 2014 fourth-quarter were $353.0 million, up 2.1 percent compared with the prior year’s fourth-quarter. The company reported income from continuing operations attributable to La-Z-Boy Incorporated of $14.6 million, or $0.27 per diluted share, including a $0.06 per share restructuring charge related to the company’s Casegoods segment. This compares with last year’s fourth-quarter results of $18.9 million, or $0.34 per diluted share, which included a $0.03 per share benefit due mainly to foreign and state taxes and $0.01 per share in an after-tax gain related to the sale of investments. Adjusted income from continuing operations attributable to La-Z-Boy Incorporated per share was $0.33 in the fourth-quarter of fiscal 2014, versus $0.30 in the fourth quarter of fiscal 2013.

Although the quarter did have in line expectations, it was soft. What about for the entire year? Sales for the full fiscal year 2014 were $1.36 billion, an increase of 6.6 percent over fiscal 2013. The company reported income from continuing operations attributable to La-Z-Boy Incorporated of $58.9 million, or $1.09 per diluted share, versus $46.4 million, or $0.85 per diluted share in fiscal 2013. The fiscal 2014 results include a $0.05 per share restructuring charge related to the company’s Casegoods segment and a $0.02 per share benefit for income taxes related to deferred tax valuation allowances. The fiscal 2013 results included $0.03 per share in restructuring charges related to the company’s Casegoods segment, $0.06 per share in an after-tax gain related to the sale of investments and a $0.03 per share tax benefit due mainly to foreign and state taxes. Adjusted income from continuing operations attributable to La-Z-Boy Incorporated per share was $1.12 in fiscal 2014, versus $0.79 in fiscal 2013. Kurt L. Darrow, Chair, President, and Chief Executive Officer of La-Z-Boy, stated:

Overall, we are pleased with our results for fiscal 2014 full year. With respect to our performance, we increased sales, operating profit, cash-flow, and the dividend while strengthening our balance sheet. Additionally, we recorded a 6 percent increase in written same-store sales for the La-Z-Boy Furniture Galleries network of stores, while solidifying one of the largest growth initiatives in the company’s history with our 4-4-5 store strategy. We improved the performance of both our wholesale upholstery and retail segments, demonstrating our integrated retail model is delivering results. Moving forward, we believe the initiatives we have established throughout our wholesale and retail operations, coupled with the financial strength and flexibility to invest in our business, will position us for continuing, long-term profitable growth.

We remain optimistic about our strategic initiatives to deliver profitable growth against an uncertain economic backdrop, particularly as it relates to housing. We will execute against our plan to deliver improved performance by maximizing the strong foundation we have built across our business. As we build momentum with our store growth strategy, we will leverage the efficiencies at our manufacturing facilities, which we believe will highlight the value of our integrated retail model. In the immediate term, however, the furniture industry typically experiences weaker demand during the summer months and, as a result, our plants shut down for one week of vacation and maintenance during the first-quarter, which ends in July. Accordingly, the first-quarter is usually our weakest in terms of sales and earnings.

Looking ahead, I think some of the bleeding in the stock price continues. Right now, it is probably too low to sell given its share repurchase program and the fact that it raised its dividend. Further, it has cleaned up its balance sheet. It ended the year with $149.7 million in cash and cash equivalents, $44.7 million in investments to enhance returns on cash, and $12.6 million in restricted cash. Total debt stood at $7.8 million and the company’s debt to capital ratio was 1.4 percent. But the weaknesses of the company, including its poor return on equity are noticeable. The weak year-over-year growth and the failure to meet revenue projections is a concern.

Further, the company is heading into its first-quarter, which is traditionally its weakest. Thus, I am not expecting anything out of this name going forward. I think it is fairly priced and recommend a hold. I assign a $23.25 price target.

Disclosure: Christopher F. Davis holds no position in La-Z-Boy Incorporated and has no plans to initiate a position in the next 72 hours. He has a buy rating on the stock and a $23.25 price target.