Is Rite Aid the Right Prescription for Your Portfolio? 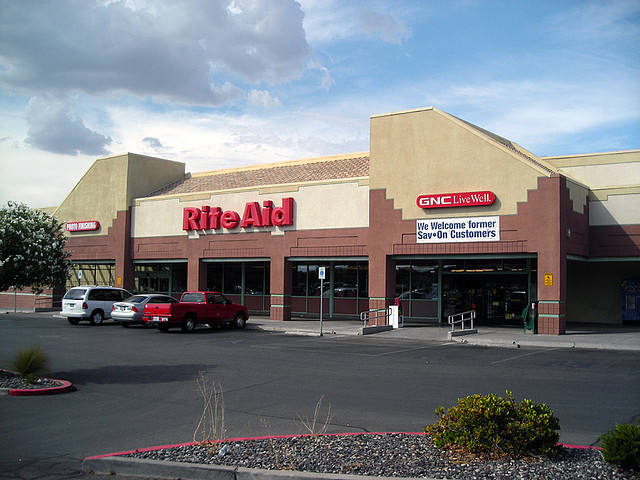 Rite Aid (NYSE:RAD) is one of the nation’s leading drugstore chains with 4,581 stores in 31 states and the District of Columbia. It is third behind CVS (NYSE:CVS) and Walgreen Co (NYSE:WAG). Like these competitors, Rite Aid’s stores sell prescription drugs, as well as other products such as nonprescription medications, health and beauty aids, and cosmetics. I covered this stock over a year ago and predicted it would go substantially higher. Well, the stock has since tripled. The question is, could this stock be the right prescription for the healthcare allocation in your portfolio, and can it move higher to trade along-side the valuations of its competitors? To answer this question, an analysis of the company’s recent performance is in order.

Not turning to income, Rite Aid pulled in a net income of $41.4 million or $0.04 per diluted share compared to last year’s first-quarter net income of $89.7 million or $0.09 per diluted share. The decline in net income resulted primarily from a decrease in adjusted earnings and higher income tax expense. Adjusted earnings were $282.6 million or 4.4 percent of revenues for the first quarter compared to $344.8 million or 5.5 percent of revenues for the like period last year. The decrease in adjusted earnings was driven by a reduction in pharmacy gross profit due to lower reimbursement rates that were not offset with reductions in generic costs, as well as higher salary and payroll related expenses. The company does continue to grow stores that are working and closing ones that do not. In the first-quarter, the company relocated 3 stores, remodeled 105 stores and expanded 1 store, bringing the total number of wellness stores chainwide to 1,325. The company also acquired 1 store and closed 7 stores, resulting in a total store count of 4,581 at the end of the first quarter. Rite Aid Chair and CEO John Standley stated:

In the first-quarter, we delivered a strong store operating performance, highlighted by increases in same-store sales and same-store prescription count. As we work through managing the higher-than-expected drug costs and reimbursement rate pressure that affected our financial results for the quarter, we remain focused on executing our strategy to expand our health care offering and transform Rite Aid into a growing retail healthcare company.

Now looking ahead, I have to rate shares now as a hold. This is a downgrade from my prior buy recommendation. For 2015, Rite Aid has confirmed its guidance, which was updated on June 5, 2014. Sales are expected to be between $26.0 billion and $26.5 billion and same store sales to range from an increase of 2.50 percent to an increase of 4.50 percent over fiscal 2014. Net income is expected to be between $298.0 million and $408.0 million or income per diluted share of $0.30 to $0.40 while capital expenditures are expected to be approximately $525 million. The company is growing, but not a clip that I can justify recommending a buy. For now, until the growth story changes, I rate shares a hold and assign a $7.50 price target.

Disclosure: Christopher F. Davis is long Rite Aid. He has a hold rating on the stock and a $7.50 price target.