Is Sugar the Next Commodity to Spike? 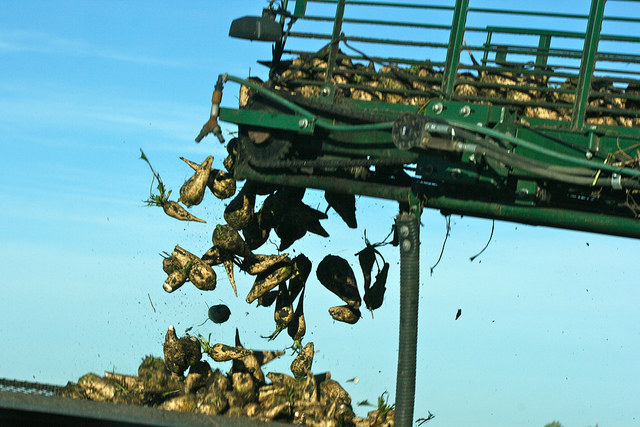 On February 6, I wrote an article in which I argued that the coffee market was set to see large gains despite having already risen some 30 percent. I suggested that investors and traders who wanted to take advantage should consider buying the iPath Dow Jones Coffee Sub-Index ETN “JO” or the iPath Pure Beta Coffee ETN “CAFÉ”. These funds hold coffee futures and are designed to trade in line with the spot coffee market.

Since my recommendation, these two funds are up 20 percent each. This is the result of two factors. The first is that the recession is ending in Europe and this is bringing back coffee demand that had been lost over the past couple of years. Second, and more immediately, is the drought in Brazil. Brazil is the world’s largest producer of coffee — it produces about 33 percent of the total global market. Therefore, even a minor setback in supply coming from Brazil can have a significant impact on the market.  While meteorologists expected rain in Brazil over the weekend, it didn’t come, and in response, traders have bid up the price of coffee by 15 percent in the past two days.

While I expect this to continue, I think investors may want to consider another commodity that is produced in Brazil — sugar. The sugar market has been very weak over the past couple of years due to gluts coming out of the world’s largest producers — Brazil and India. Strong supply sent the price of sugar from $0.35 per pound to $0.15 per pound. Right now, the price sits at just under $0.17 per pound. While the price has gone up somewhat in response to the Brazilian drought, it has not responded the way coffee has because there is no concurrent demand reversal — sugar stockpiles remain elevated. However, I think that sugar may be getting ready to spike along with coffee, and the velocity of the price movement might dwarf that in coffee.

The fact that we are seeing concurrent supply reductions from the world’s top two sugar producers puts an incredible 60 percent of global supply at risk. If we consider also that sugar trades at less than 25 percent of its 1974 high without accounting for inflation, we see that there is enormous potential for gains in the sugar market.

Investors who are interested in speculating in sugar but who do not play the futures markets should consider buying an ETF. The most common is the iPath Dow Jones Sugar Sub-Index ETN “SGG.”  Investors can also buy the iPath Pure Beta Sugar ETN (NYSEARCA:SGAR), which uses derivatives in order to eliminate the impact of rolling over futures contracts, an activity which can jeopardize the accuracy with which futures contracts track the prices of commodities. Note that since its April 2011 inception, SGAR has fallen 31 percent while SGG has only fallen 25 percent. Also SGAR is extremely illiquid, and so SGG is the superior option.