Is the Cost of Putting a Roof Over Your Head Too High? 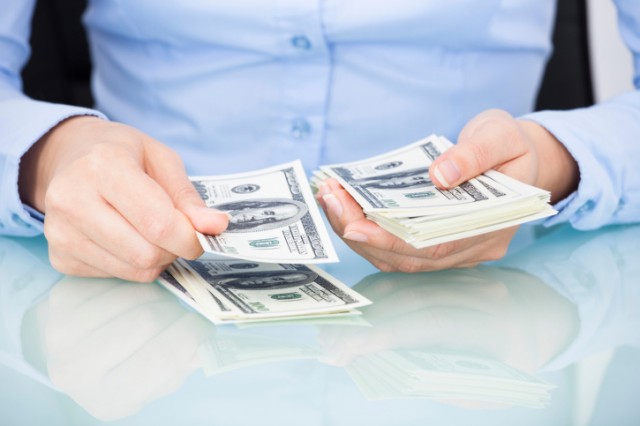 Owning the roof over your head has long been a staple of the American Dream, but it’s becoming increasingly difficult to accomplish. In today’s environment of rising asset prices and stagnant wages, even the cost of renting a home can be a nightmare.

Following the housing bubble collapse of yesteryear, home values continue to rebound to new highs. According to Zillow’s latest reading, home values in the United States rose 6.6 percent on a year-over-year basis in August. The firm’s home value index now stands at $175,600, its highest level since March 2005. On a monthly basis, home values gained 0.5 percent from July to August. Zillow predicts home valuations will slow to a 3.1 percent pace from August 2014 to August 2015.

Among the nation’s 35 largest metros, all but Indianapolis experienced an annual home value increase last month. The sharpest increases were seen in Miami-Fort Lauderdale (16.6 percent), Las Vegas (16.3 percent), Riverside (16.2 percent), and Atlanta (15.5 percent). However, these metros all remain well below their peak values. Of the 515 housing markets covered in the Zillow report, 449 (87 percent) experienced annual home value appreciation in August.

“We now have several different types of markets emerging, including markets that are still muddling along the bottom; markets that shot up immediately after the recession ended and are now cooling quickly; and markets that are still very hot,” said Zillow chief economist Stan Humphries in a press release. “Each of these environments presents unique challenges and opportunities for buyers and sellers, and what works in one area won’t necessarily work in another.”

Renters are also facing challenges. The Zillow Rent Index, which covers 860 metropolitan and micropolitan areas, posted year-over-year gains in 684 of the areas covered. National rents increased 3.3 percent on an annual basis in August. Rents have been growing at a stronger pace since May, a troubling trend considering affordability levels.

Americans are already spending a larger portion of their incomes on rent. Harvard’s Joint Center for Housing Studies reports that half of U.S. renters pay more than 30 percent of their income on rent, up 12 percentage points from a decade earlier. In fact, 27 percent of renters now pay more than half their income to landlords. Meanwhile, homeownership rates reported by the Census Bureau remain at their lowest level in nearly two decades.

“The gravity of the situation for the large proportion of renters spending so much of their incomes on housing is plain,” said Eric Belsky, managing director of the Joint Center for Housing Studies at Harvard. “We are losing ground rapidly against a chronic problem that forces households to cut essential spending. With little else to cut in their already tight budgets, America’s lowest-income renters with severe cost burdens spend about $130 less on food each month, and make similar reductions in healthcare, clothing, and savings.

“And while many choose longer commutes to lower their housing costs, the combined cost of housing and transportation means even less remains for other expenses.”