Is the Deck Stacked Against Caesars Entertainment Shareholders? 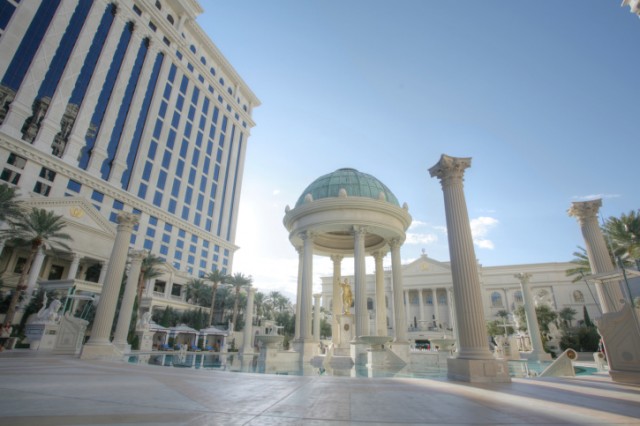 Caesars Entertainment Corporation (NASDAQ:CZR), formerly known as Harrah’s Entertainment, is a well-known business, particularly among adults. There is no doubt it has struggled since the Great Recession Struck. The stock is in an interesting place in the middle of its 52-week range. Should we buy or sell at these levels? To answer this question, we have to understand how Caesars makes its money. It owns, operates, and manages casino entertainment facilities. Its casino entertainment facilities include land-based casinos, riverboat or dockside casinos, and managed casinos, as well as casinos combined with a thoroughbred racetrack and a harness racetrack. The company operates its casinos primarily under the Caesars, Harrah’s, and Horseshoe names. It also operates hotel and convention space, restaurants, and non-gaming entertainment facilities.

In addition, the company owns and operates an online gaming business that provides various real money games in Nevada, New Jersey, and the United Kingdom. Further, it owns and operates the World Series of Poker tournament and brand as well as the London Clubs International family of casinos. But its performance has been lacking and the company is massively leveraged now.

Its most recent quarter was weak. Net revenues decreased 1.9 percent compared with the comparable 2013 quarter, primarily due to a decrease in casino revenues, partially offset by an increase in room revenue and other revenues, primarily attributable to growth of social and mobile gaming business in Caesars Interactive Entertainment, Inc (CIE.) Consolidated casino revenues declined $128.3 million, or 8.6 percent, compared with the 2013 quarter, due to the impact of severe weather, increased regional competition, and continued softness in the domestic gaming market in certain U.S. regional markets outside of Nevada. Gaming volumes, including table and slot volumes, were down in all domestic regions other than Las Vegas, partially due to extreme winter weather in 2014 as compared to a milder 2013.

Additionally, revenues in certain markets were negatively impacted by increased variable marketing program spending that is treated as a reduction of revenue, such as REEL REWARDS, discounts, and free play. On a consolidated basis, room revenue increased $30.6 million, or 10.6 percent, versus the prior year quarter, as a result of an increase in the average daily rate paid for rooms sold, excluding fully complimentary roomsto $113 in 2014 from $93 in 2013, primarily attributable to strong group business in Las Vegas and resort fees, which were introduced in Las Vegas and other Nevada properties beginning in March 2013. Domestic hotel occupancy remained relatively flat at 87 percent for the first-quarter of 2014.

Las Vegas remained a bright spot with strength in the hospitality categories, but regional business trends were unfavorably impacted by extreme weather and softness in visitation in the first-quarter. Strategic investments in Las Vegas over the last few years are beginning to bear fruit, with The LINQ and High Roller positively impacting volume and visitation trends at the company’s surrounding properties. As additional assets come on-line later this year and into 2015, we are excited about Caesars’ prospects in Las Vegas. We are also looking forward to developing an integrated resort in South Korea with our partners there, a promising market given its proximity to China.

In terms of capital structure initiatives, we completed the previously announced sale of Bally’sLas Vegas, The Cromwell, and The Quad Resort & Casino to Caesars Growth Partners and expect to close on the sale of Harrah’s New Orleans in the second-quarter subject to receiving approval by the Louisiana Gaming Control Board. Additionally, we announced a series of steps designed to prepare CEOC for deleveraging and provide the subsidiary with time and flexibility to execute its business plan. In addition, the company has been active on this front raising $136 million in proceeds through a public equity offering in April. These actions combined lay the foundation for the company to improve its financial health.

I will be honest: I’d like to see the company performing better. I take an annual trip to one of their resorts and personally enjoy the venue. However, the business is suffering. The company is facing not only competition, but continued pressure from a lagging economy and penny pinched customers. Beyond its operational issues, including reclining revenues and income, what is killing the company is its debt. Currently, the company has over $21 billion in debt and just $2.65 billion in equity. That is a recipe for disaster. Any substantial hits to their revenues, like a Hurricane Sandy type event which shuttered the doors in Atlantic City, could bury the company. While I think its marketing is working and its efforts to branch out into the social media atmosphere are fruitful, I would not gamble on this stock at current levels. The deck is stacked against the shareholders.

Disclosure: Christopher F. Davis holds no position in Caesars Entertainment and has no plans to initiate a position in the next 72 hours. He has a sell rating on the stock and a $13 price target.