Is Big Tobacco Getting Smoked? 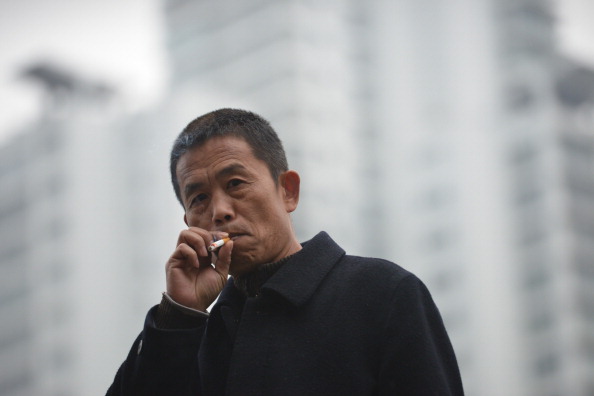 Big Tobacco has been engaged in mortal combat for decades now. Generations have passed since the industry’s heyday, and today’s young adults and youth have all grown up with the knowledge of how dangerous tobacco use is, and its overall health effects, and costs on society. The industry has persevered through it all, even government-sponsored anti-tobacco programs and lawsuits. However, it looks as though the tobacco industry may be up against its biggest challenge yet: the free market.

For many years now, smoking and tobacco use rates have been dropping — likely due to use prevention programs, anti-smoking stigma, and a more educated populace. Things may be finally be reaching a tipping point, however, as reports are starting to surface that as demand has dwindled, crucial elements of the Big Tobacco supply chain are moving on.

To put things in perspective, there are reports floating around that tobacco farmers are giving up on the crop and moving to an even more lucrative commodity: hummus. If that goes to prove anything, it’s that these farmers aren’t really loyal to the tobacco industry, they’re simply looking for the best way to use their time and land to turn the highest profit.

If the most important part of the whole tobacco supply chain, the farmer, is ready to move on to greener pastures, what does that say about the tobacco industry as a whole? It sure doesn’t inspire confidence. While many might think that a handful of farmers who are willing to jump out of tobacco cultivation is hardly a sign of big trouble down the road, it should raise some flags. After all, tobacco is one of the most profitable industries in the world, generating more than $35 billion during 2012 alone. The world’s cigarette companies have persevered through every public relations nightmare imaginable, and have butted heads with the government on many occasions. If elements of the supply chain are still willing to leave such a valuable crop behind, is it a sign of trouble? 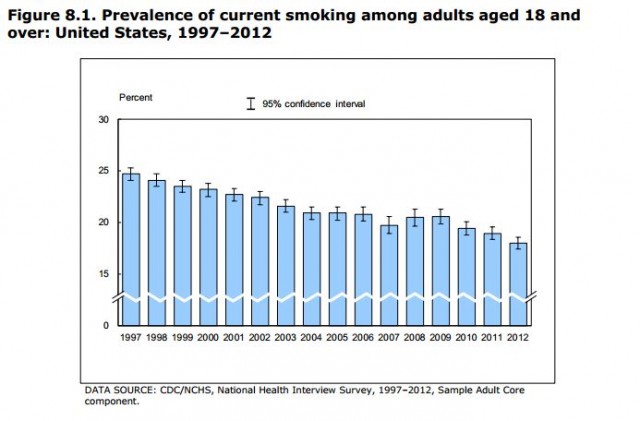 While it’s extremely unlikely that Big Tobacco will ever be fully vanquished, data does show some cracks in its armor. Again, smoking rates have been dropping fast for many years. The chart above from the Centers for Disease Control really illustrate that fact. The CDC estimates that there are currently around 42 million Americans that are identified as smokers, comprising roughly 18% of the adult population. That is not a small figure by any means, but it is much smaller than it was even 20 years ago.

No matter how many people continue to abandon tobacco use, the industry has stuck to the adage that it will likely always have its core users. The New York Times covered the subject last year, and spoke with Stanton A. Glantz, a professor of medicine at the University of California, San Francisco, and director of the university’s Center for Tobacco Control Research and Education. Glantz says that the idea of relying on the industry’s core users may not be a solution. “The fact that we’re below this theoretical sound barrier of 20% is important,” he told The New York Times. “This data shows that the whole premise that there is this hardcore group, where no matter what you do you can’t get them to quit, is just not true.”

If Big Tobacco is even seeing its dependable, hardcore user base erode away, there aren’t many new places it can turn. Given the fact that tobacco companies are up against new competitors in similar industries, the time to adjust course is running out. For example, as marijuana legalization becomes more widespread, it will likely have a big effect on tobacco sales. How about e-cigarettes, will Big Tobacco try to get into that budding side of the industry? There are a lot of things to consider.

It’s possible that tobacco companies may try to incorporate some of those things into its own business models, but there are signs that the era of Big Tobacco may be on its way out. Unless some significant changes can be made, the size and scale of tobacco production will likely be reduced drastically, all in response to falling demand.

Despite all the best efforts of anti-tobacco groups, scornful doctors, and worried parents, it looks that tobacco may meet its fate at the hands of the most basic economic model: supply and demand.