Is the Mortgage Market Finally Turning the Corner? 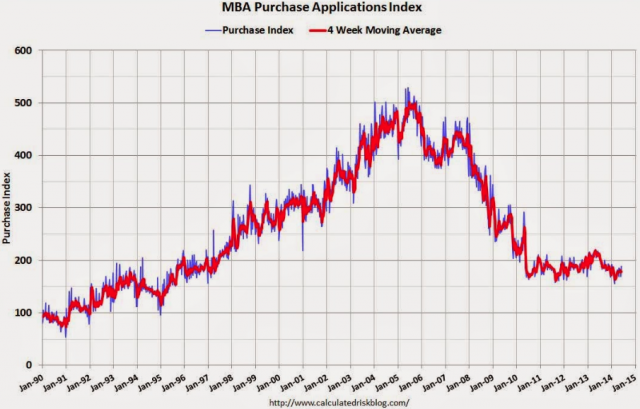 The mortgage market remains volatile and continues to struggle with finding a clear direction this year. However, the latest results are encouraging. According to the Mortgage Bankers Association, for the week ended June 6, applications for home loans jumped 10.3 percent on a seasonally adjusted basis from one week earlier. On an unadjusted basis, the index surged 22 percent, a sharp rebound from the 14 percent plunge seen a week earlier.

The Refinance Index, which posted a 3 percent decline in the previous week, gained 11 percent in the latest report. The seasonally adjusted Purchase Index also increased 9 percent. The unadjusted Purchase Index increased 19 percent but was still 13 percent below the same week a year earlier. As the chart above shows, applications have struggled to gain momentum for a sustained period since the housing bubble collapsed.

Even though home prices have rebounded in recent years, 70 percent of Americans think we are still in the middle of a housing crisis, according to a recent survey from the MacArthur Foundation. More than half of Americans say buying a home has become less appealing, and 43 percent indicate it’s no longer an “excellent” long-term investment or one of the “best” ways to build wealth.