Is the Muslim Brotherhood’s Legacy Controls and Inflation?

The Muslim Brotherhood and President Morsi never had a credible plan for the Egyptian economy. Indeed, I doubt that the Brotherhood’s leaders know the meaning of the word “plan”. Over the past year, economic conditions in Egypt have gone from bad to worse. And, it seems Morsi’s brief tenure as president will likely be remembered largely for its shameful economic record — one marred by a decline in GDP growth, a reduction in foreign reserves, and a sharp increase in unemployment.

Black markets have also been a hallmark of the Muslim Brotherhood’s economic legacy. Price and capital controls have caused shortages and a substantial slide in the value of the Egyptian pound. In consequence, Egyptians have watched inflation destroy their standard of living. Additionally, controls have delivered shortages of foreign exchange and many goods, like gasoline. In the face of the Brotherhood’s wrongheaded economic policies, official inflation and price statistics took leave of reality, and the black market quickly became a source of material support that the Muslim Brotherhood’s government could not provide.

Yes, as the accompanying charts illustrate, the story of a failing Egyptian economy is the story of a troubled Egyptian pound – and of the inflation troubles that accompanied it. Indeed, as of July 1, 2013 (shortly before before Morsi’s ouster), Egypt’s annual inflation rate was 27.1 percent. 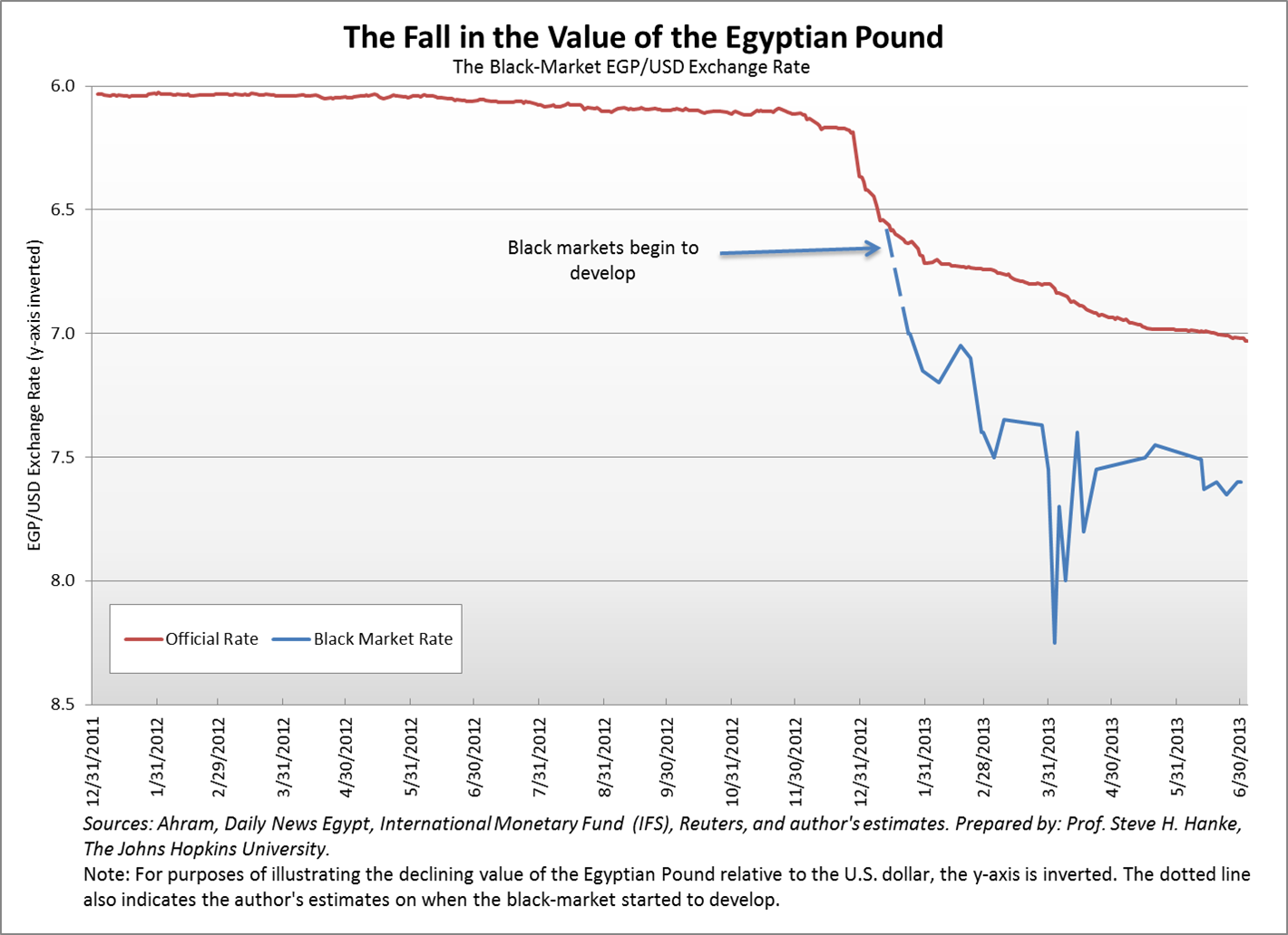 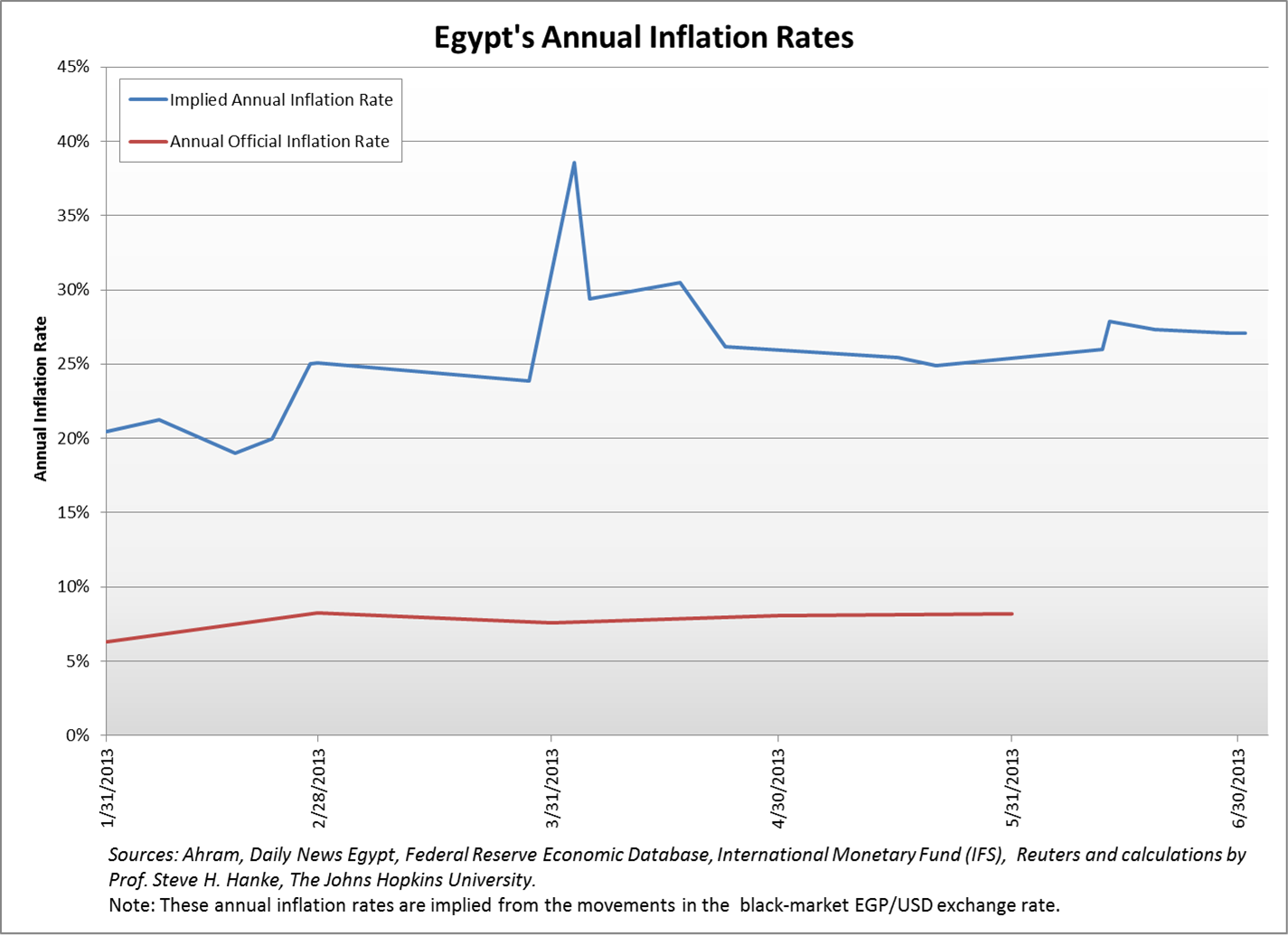 These trends have proven fatal for Morsi and the Brotherhood. While Morsi’s final hours were filled by lectures on “constitutional legitimacy”, Egyptians weren’t listening — they were preoccupied with a plunging pound and an inflation rate that is over three times higher than the official rate. Morsi and the Muslim Brotherhood’s policies, of course, contributed mightily to the implosion of the Egyptian economy.

In the final analysis, the Egyptian people have taught Morsi and the Muslim Brotherhood a harsh lesson: bread is more important than ideas.