Is There Still Room to Run in Treasury Bonds? 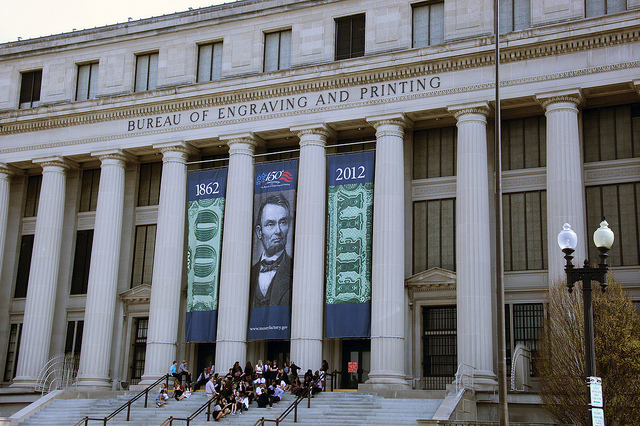 Treasury bonds are among the best-performing assets this year to date. If you look at the iShares Barclays 20+ Year Treasury Bond ETF (NYSEARCA:TLT), you’ll find that it has risen over 11 percent for the year. This is despite the fact that the fund hit a multiyear low at the end of 2013 and the fact that investors were unanimously bearish on Treasury bonds at the beginning of the year.

With the rise we have seen in bonds so far this year, we have seen some analysts come out with bullish remarks on the Treasury market, but still, the prevailing viewpoint is that rates are going to rise going forward. Furthermore, this viewpoint is presented as axiomatic. Consider, for example, this article from Fidelity. The language implies that interest rates must rise.

But while this may be true, the fact that this is the prevailing viewpoint means that, from a contrarian standpoint, the best bet to make for the shorter term is that rates will fall and that long-dated Treasury bonds will rise in price.

This has been a difficult trade to make because it doesn’t make any fundamental sense. The supply of bonds is increasing and demand for bonds is decreasing on many fronts: the Chinese, Japanese, and the Federal Reserve are all reducing their demand for bonds. In fact, the only source of new demand that is readily visible is from Belgium.

Nevertheless, there has been demand for bonds, as evidenced by their incredible performance year to date. In all likelihood, there has been a lot of demand coming from short covering. As I mentioned, the consensus view at the beginning of the year was that bonds would fall, and when that didn’t play out, traders who were short had to cover.

Furthermore, the uptrend generated interest from momentum traders (i.e., traders who see the price of an asset rising and then decide that they wish to buy this asset and hold it until it stops rising). As a result, we have seen a steady uptrend in bond prices.

But with the largest sources of longer-term demand exiting the market, is this rise sustainable?

Longer term, the fundamental picture in the bond market is awful. The supply of bonds continues to increase. While the annual federal deficit has come down over the past couple of years, the fact remains that the unfunded liabilities of the U. S. government continue to soar.

As baby boomers start to collect Social Security and as they begin to get Medicare benefits, government expenditures will skyrocket. Furthermore, while tax receipts are currently rising, this is taking money out of the hands of consumers and businesses, and it will ultimately put downward pressure on America’s economic output, which in turn will lower tax receipts in the future. This means that the government will have to issue more bonds.

At the same time, there is less demand for Treasury bonds. The Federal Reserve seems intent on tapering its bond-buying program, and foreign central banks seem to be more interested in propping up their own bond markets than that of the United States’.

Ultimately, something has to give. Since we cannot force foreigners to purchase our bonds and since cuts in government expenditures are politically untenable, then the bond bears are right — bond rates have to increase — or we will see the Federal Reserve reverse its tapering program at some point. I think it will be the latter, as an increase in interest rates will increase the government’s debt load. The government already spends more than $200 billion per year on interest on the debt alone.

A continued rise in bond prices or a continued decline in interest rates is possible, and we can even argue that it is likely.

But while bonds may rise in price, does that mean they are a good trade? For now, I think the answer is yes. However, as the Federal Reserve buys more bonds in order to keep rates down, it also increases the money supply, and this will ultimately bring about inflation and a decline in the purchasing power of the dollar. So while bond prices will rise, they will not rise fast enough to compensate their lost purchasing power.

With this in mind, we can put together a feasible strategy for playing the bond market. Treasuries are a good bet for now — that is to say, that the TLT is a fund you want to own on pullbacks. But watch for signs that inflation is coming. Look for strength in commodity markets, particularly in gold and oil. Also look for strength in the “commodity” currencies such as the Canadian dollar, the Australian dollar, and the New Zealand dollar (which, I should note, is nearing its 2011 high). When you see these kinds of assets begin to outperform long-dated Treasuries, the trade will be over.