Is This New Cadillac Another 2014 Catalyst for GM?

Roger Smith, who led General Motors (NYSE:GM) from 1981 to 1990, often said that he was doing neither as well as his friends said, nor as badly as his enemies claimed, and the same sentiment rings true for GM today.

Throughout May, a stream of operational data gave GM aficionados and critics a great deal of mixed information with which to analyze the company. First-quarter results showed that sales had declined from a year ago, but shares climbed above the initial offering price of $33 for the first time in two years. Sales grew in the United States and grew much stronger in China, but fell in Europe. GM’s sales resurgence is being led by new high-margin vehicles added to the Buick and Cadillac lines, which are up 23 percent and 37 percent, respectively, so far this year. However, GM is losing ground to Ford (NYSE:F), which has gained slightly more share of the United States automobile market in 2013 and earned 60 percent more corporate net income during the first quarter.

One of the biggest issues weighing on GM is defining the company’s competitive advantage. It is a huge company, but both Ford and Volkswagen make better use of their huge economies of scale with platform efficiency. GM is now building well-made vehicles, but its reputation for quality and reliability still does not match that of Toyota’s (NYSE:TM), despite the latter’s recent recall problems. Furthermore, the company has proven only to be truly successful in niche categories like large crossovers and full-size sports utility vehicles.

However, Cadillac is gaining prominence in the luxury passenger car segment, and — although it is nowhere near as dominant as German-made vehicles in that area — the brand could be a significant catalyst for the company next year.

Leading GM’s efforts to secure a bigger share of the luxury car market is the all-new 2014 Cadillac CTS, which made its debut at the 2013 New York Auto Show last week. Vehicle valuation company Kelley Blue Book wrote in its review that GM’s new Cadillac was “both more upscale and more gangster at once” than the previous model, noting that “this pivotal mid-size luxury sedan brings a new look, new technology and new attitude to the automaker’s lineup as it goes after buyers who might otherwise be pondering cars like the Audi A6, BMW 5 Series, or Mercedes-Benz E-Class.”

The new technologies to which the review refers are more lightweight materials and “optimized construction techniques” that made the Cadillac CTS 245 pounds lighter and gave it a 40 percent stiffer structure. Adding to those basics, the vehicle will feature a host of fancy gadgets, including an Automatic Parking Assist, a Blind Spot Alert, and motorized front safety belts that automatically adjust to ensure proper fit and tension.

As for a new attitude, the review described the look in grandiose terms. “Matching more tautly drawn lines and a lower profile with edgier fascia treatments and striking LED-enhanced lighting elements, this new Cadillac sedan makes a far more dramatic curb-side statement than the car it replaces,” the Kelley review stated.

Production of the 2014 Cadillac CTS lineup is scheduled to begin this fall, and cars will hit dealers’ lots later in the year. However, GM has not given any pricing information as of yet. 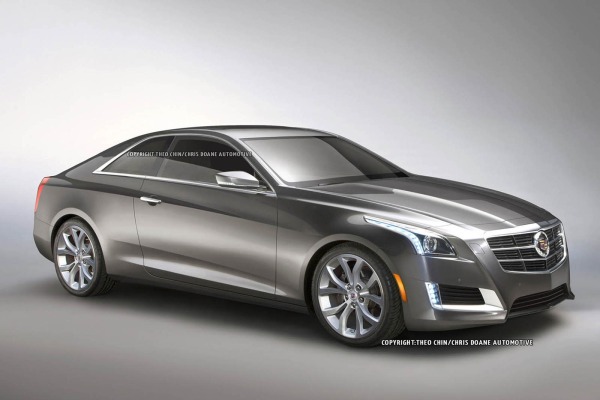 Don’t Miss: General Motors and DreamWorks Team Up for ‘Turbo’ the Snail.