Is Your Company’s Culture Driving Away Fresh Talent? 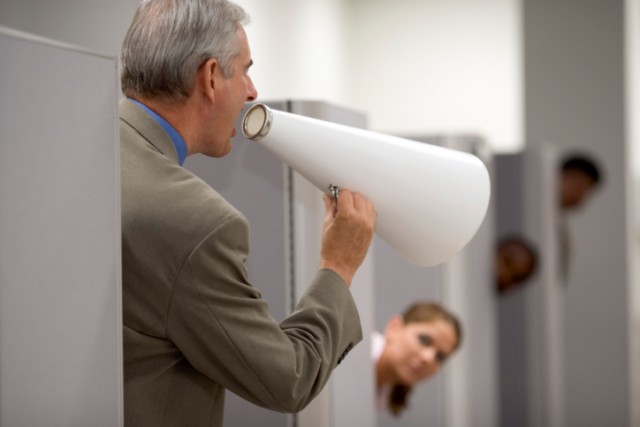 One of the biggest factors in finding the right employment fit is the aspect of company culture. This is a relatively new phenomenon, championed by a new technologically empowered workforce, but it’s come to dominate conversations about career development. Job applicants are screening the companies they apply for just as rigorously as HR managers are screening them, and talented young individuals are becoming more and more picky about who they will sell their services to.

At least, so says a new bout of insight from RecruitiFi, a recruiting and hiring firm. In a recent blog post, RecruitiFi determines that cultural fit may be as an important a factor as any when bringing on fresh talent. That means that job seekers are looking for a positive work environment, fair treatment from management, and flexibility in work hours and location, among other things. It basically boils down to a simple strategy when recruiting: Hire for the organization, not simply the position, as a Monster.com article recently put it.

So, why is this important from a managerial standpoint? Your company could save a significant amount of money by reducing turnover and employing a happy, content workforce. In fact, that same Monster article says that many applicants would be willing to work for 7% less in starting salary for the right cultural fit. Spread that across the ranks, and companies could save some serious dough.

Furthermore, RecruitiFi identifies three key ways that a company’s culture and branding can have an effect on bringing in fresh talent and new recruits. Those three factors include, as mentioned before: Limiting turnover, affecting worker productivity, and an improvement in the quantity of worker referrals. Not only are those three things important, but a significant boost in morale and employee engagement can end up reaping good results for management.

There are big costs to employing a high number of disengaged and disinterested employees, probably much more than a lot of people realize. According to numbers from Gallup, actively disengaged employees actually cost the American economy up to $350 billion per year in lost productivity. That’s a particularly giant figure, and should be enough to catch the attention of even the most conservative business leaders. How can companies help ward off and defeat some of those issues before they even start? Find and hire employees who are engaged and care about their work.

And the best way to do that is for companies to offer positions — and a culture — that are desirable to talented individuals.

The other big way to save money from a managerial or business standpoint is to retain those who you do recruit. The hiring process can be long, tedious, and expensive, and the less time and resources that go into it, the better. It’s hard to actually come up with a real figure for the costs of high turnover, as they tend to be hidden rather than readily available on a financial statement. But paying recruiters, interviewers, training costs, and the added stress on remaining staff can all add up significantly.

By taking a deep and introspective look at a business’ culture, and making internal tweaks to management styles or even workflow in general, companies can end up saving themselves big bucks in the long run by attracting the correct candidates the first time, rather than playing a game of trial and error. Work is being thought of as simply more than a job any more; instead, it’s a part of an individual’s lifestyle, an identity. The company that people choose to work for has thus morphed into something more than whoever is willing to pay the most, but who has a culture and identity that meshes well with the individuals it employs.

As a result, recruiting has become more than sifting through a pile of resumes, but rather the cultivating of a relationship. The businesses that are able to adapt to those changes, and as a result, attract the most talent, will likely see big returns in the long run.