Is Your Doctor Taking Bribes From Drug Companies?

If you have ever wondered if your doctor’s prescribing behaviors are influenced by pharmaceutical companies, you’re not alone. Drug and medical device manufacturers routinely pay doctors and hospitals in the form of meals, travel reimbursements, gifts, entertainment, compensation for speaking engagements, and more. The details of these financial relationships, which often suggest conflicts of interest, have long been clouded in mystery, but that is beginning to change.

At the end of September 2014, the Centers for Medicare and Medicaid Services (CMS) launched the Open Payments website, a database designed to publicly display the payments and other transfers of value pharmaceutical companies and medical device manufacturers have made to physicians and teaching hospitals. According to the Pew Charitable Trusts, more than $27 billion was spent on marketing to physicians by the pharmaceutical industry in the year 2012.

In terms of direct payments, the initial batch of data released by Open Payments covered only the last 5 months of 2013, in which $3.43 billion was received by physicians and hospitals. New information covering the full 2014 calendar year was published on June 30, 2015, revealing that U.S. doctors and teaching hospitals received a total of $6.49 billion from drug and medical-device makers.

The transparency provided by Open Payments is federally mandated by The Physician Payments Sunshine Act, or “Sunshine Act,” as part of the Affordable Care Act of 2010. The law is designed to disclose financial relationships between pharmaceutical and medical device companies and physicians and teaching hospitals. Companies are required to report payments or transfers of value, such as meals, honoraria, and travel reimbursements, made to U.S. physicians and hospitals. The law also requires manufacturers and group purchasing organizations (GPOs) to report physicians who have an ownership interest in the company.

In January 2015, ProPublica published a tool used to search the Open Payments database for a company, drug, or device and compare its payments data to that of its competitors. The tool also revealed the biggest spenders in the industry, with Pfizer leading the pack at $30 million in payments made in the last five months of 2013. As it turned out, parsing the data was no easy feat, due to innumerable errors and inconsistencies on the Open Payments website.

One company misspelled its own medication nearly 1,000 times. Some companies routinely recorded payments associated with a single drug under multiple names, making it difficult to tally the total payments for the drug. Products were also found in the wrong category or listed twice, both as devices and drugs. ProPublica even found that 40% of records in Open Payments didn’t include the name of the specific physician or hospital that received the payment. Since large chunks of information were missing from the first batch of data, the hope is that the updates and 2014 figures are more accurate. 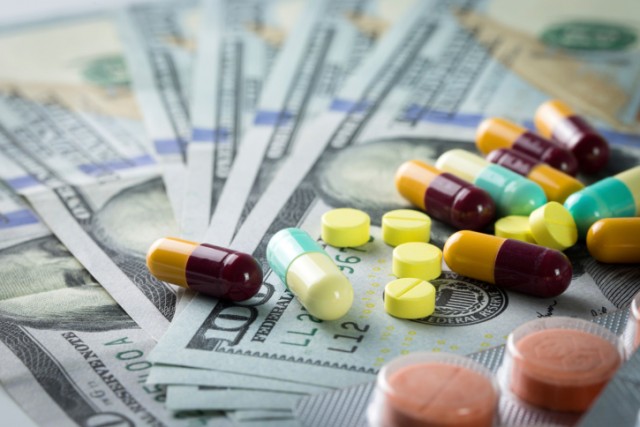 According to the initial information provided by Open Payments, the big spenders among pharmaceutical companies were largely spending money to push “me-too” drugs. These medications are essentially new versions of older, cheaper products already available to treat the same condition. The big bucks were not spent on innovative treatments and medical breakthroughs. Drug manufacturers spent the most on newly released drugs in hopes of giving them a leg up in the market. The data covering 2014 only reinforced this trend, as many of the top research payments were related to drugs that have been on the market for several years.

In addition to increased transparency, the government is also pushing for improved accuracy. Ahead of the June 2015 release, doctors were able to review and dispute payments information, though only 30% did so. The American Medical Association (AMA) claims the process is too cumbersome. After updating the 2013 data as well, CMS says it can confirm that 98.8% of all records submitted for 2013 and 2014 have accurate identifying information about the recipient.

In an op-ed for Forbes, John Lechleiter spoke up in defense of these financial relationships, citing that the first batch of Open Payments data showed two-thirds of physicians’ financial relationships were related to clinical research. Of course, conflicts of interest are not impossible in clinical research, and can have more dire consequences. Lechleiter is the CEO of Eli Lilly and Company, one of the top spending drug companies reported by ProPublica.

“If we have a financial incentive to believe something or conclude something, we kind of trick ourselves into thinking it’s true,” Jason Dana, a professor at Yale School of Management who studies decision-making, told Bloomberg, “And we’re not always aware we’re doing it.”

The AMA said on June 30 that it opposes inappropriate and unethical interactions between doctors and drug and device manufacturers, but that some relationships improve patient care and educate doctors. On the Open Payments website, CMS explains that it simply gathers and reports information to the public. Open Payments does not identify which financial relationships are beneficial or which may cause conflicts of interest.

Allan Coukell, Pew’s senior director of drugs and medical devices, had this to say on the issue of beneficial versus harmful spending:

“Some financial relationships between manufacturers and doctors are necessary and beneficial, and reflect the collaboration between medicine and industry that generates new knowledge and advances patient care. Other gifts and payments — those associated with marketing — add expense to already unsustainable health care costs and create conflicts of interest.”

The Pew Charitable Trusts has worked in support of transparency since 2007, and in an announcement just after the initial launch of Open Payments in 2014, Coukell was optimistic about the future of the database. He called the release of the data a long-awaited and “important first step,” adding that he looked forward to further improvements to the website.

According to The Wall Street Journal, since the launch of Open Payments, some doctors have scaled back their interactions with the industry out of concern regarding the public records. In recent years, some medical device and pharmaceutical companies have reduced spending on items such as speaking fees and meals or even decreased the size of their sales teams.

As corrections and improvements to the Open Payments website continue, you can search the Open Payments database by doctor, teaching hospital, or company making payments, for updated 2013 figures and new data for 2014. CMS encourages patients to talk openly with doctors about the relationships between physicians and applicable manufacturers and GPOs.