Is Your Money Safe with a Selfie on Amazon?

It’s safe to say that the more we’ve begun to make online purchases, the less safe our financial information has become. Hackers can breach a retailer’s database and escape with your credit card information to fund shopping sprees of their own. With identity theft becoming an increasingly growing problem, it’s not surprising that companies like Amazon are trying to make the online shopping process more secure. But their efforts probably aren’t completely altruistic – those same security measures could also be what entices you to spend more money.

In early March, Amazon filed a patent for technology that, if created, would allow online shoppers to pay for their purchases with a selfie. Essentially, the e-commerce giant would like to do away with entering passwords, which Amazon says can be “awkward” or “embarrassing” to have to enter if a shopper is with friends or family and needs to turn away to enter the security code. In general, passwords just aren’t “user friendly” for the consumer, Amazon states.

Instead, Amazon would like to allow customers to authorize their purchases by taking a selfie video.

If the new technology is approved and implemented, Amazon would take biometric security a step further than most companies. If companies require photo ID, most systems only take a two-dimension shot, which can be faked with a quality photo. Hackers could steal your Facebook profile picture just as easily as figuring out your password is a combination of your birthday and your wedding date. 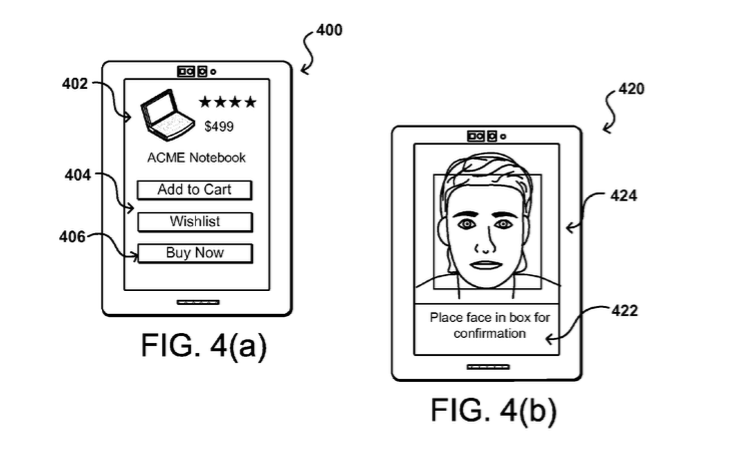 Amazon’s technology would use facial recognition software to confirm your identity, but would also take steps to make sure you’re a live person on the screen. (The sketches above and below are from Amazon’s patent filing, and show how it would work.) In most cases it would command you to perform an action, like blinking one eye or tilting your head, to prove it’s you. 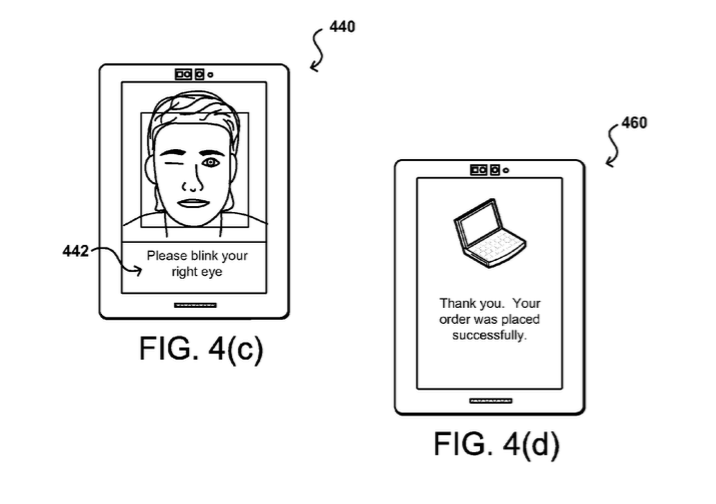 The commands are likely to change, which sets it apart from other similar technologies already in use. MasterCard started a program in late 2015 that also allowed customers to authorize payments with a facial scan and a blink, or choose to use a fingerprint (from iPhones and other capable devices) instead. Windows 10 also eschews the password, allowing people to sign in using their face.

Will we spend more money? 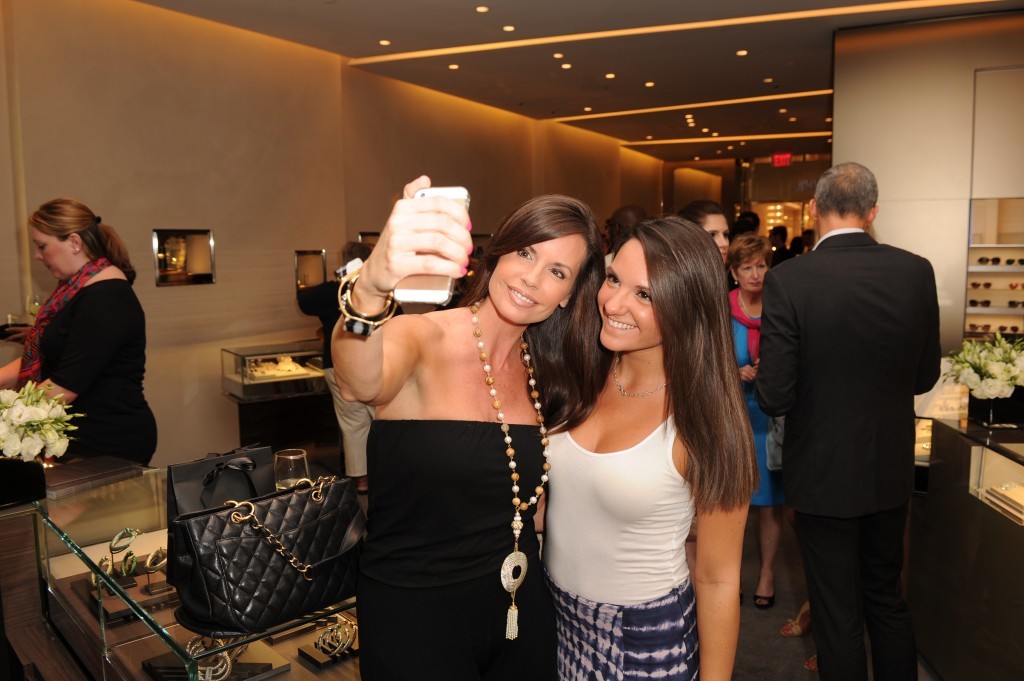 It seems as if biometrics is the future in terms of online security. But as our habits for purchasing items online change, it might become much easier to forget that we’re actually authorizing a company to charge us money for what we’re buying. As Amazon readily admits itself, it’s much more fun to take a selfie than it is to enter a password or credit card number. But as we do that, it might be taking away one more reminder that we’re actually parting with our hard-earned money.

It’s too soon to tell if we’ll see an uptick in spending when you swap out a password for a selfie, but past trends certainly suggest it could be one unintended consequence. We already know that using credit cards instead of cash tends to make us spend more, since we don’t always associate credit bills with the reality of cold, hard cash. One study found that you’re likely to spend 12-18% more when putting your purchases on plastic, for example.

What’s more, the one-click shopping made most famous by Amazon gets rid of the online shopping cart altogether. Your brain no longer has to process multiple clicks and entering your credit card information every time. If you’ve stored a card in the online database, impulse purchases are easier than ever.

“The impulse buy is not a deep-rooted desire. It’s weaker than that. Just as a person may feel the impulse to buy one moment, that desire may disappear in the next moment,” writes marketing expert Neil Patel. “What makes that impulse disappear? Extra requirements, actions or tasks can easily derail a ‘buy now’ purchase.” In other words, by simplifying the buying process, a company like Amazon is more likely to get additional customers to the final purchase authorization – without them even realizing it.

Finally, shopping and taking selfies are inherently social activities. Combine them together, and you run the risk of completely disassociating online shopping from spending real money. One study found that women in particular are likely to spend much more money when shopping with friends – roughly $1,272 more per year than they would if they took solo trips to the mall.

Along with that, selfies are incredibly popular, especially among the millennial generation that’s now the foundation for most marketing. About 95% of young people have admitted to taking a selfie, and one study found that the average millennial could take more than 25,000 photos of themselves over the course of their lifetime. Those photos are typically shared through social means, either on Facebook, Instagram, or Snapchat, among others.

If Amazon moves forward with the technology, shoppers could easily purchase items online while with their friends, taking a picture to seal the deal instead of pulling out their credit card or entering a password. And even if they’re on their own, authorizing purchases will seem a lot more like sending a Snapchat than actually plunking down money. If you’re already predisposed to spending more than you should online, it might be a good idea to tread with caution.