Is Yum! Brands Back on Track? 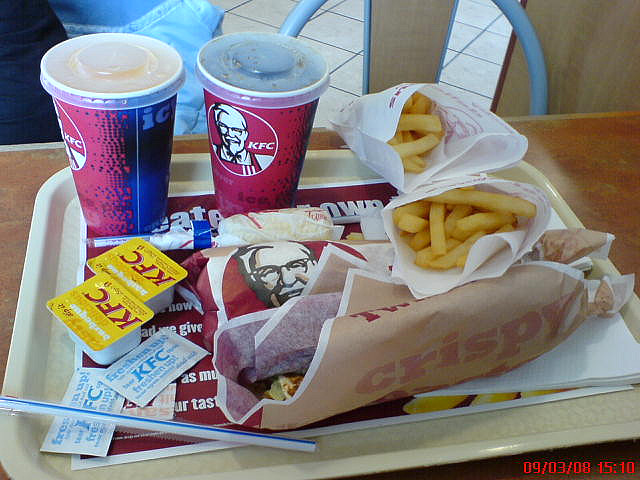 For several years, Yum! Brands (NYSE:YUM) was considered one of the better ways for investors to bet on emerging-market consumers, and in particular Chinese consumers. Sales and profits grew relentlessly, sending shares substantially higher.

This sent shares into a long consolidation. While the stock didn’t really fall substantially, the uptrend had been broken, as shares traded from the mid-$60s to the mid-$70s. This signaled that while investors were concerned about the company’s long-term growth potential that the trouble in China would be short lived.

When the company released its earnings figures on Tuesday, this sentiment became grounded by empirical evidence. Here are a few highlights from the report:

These figures speak to the company’s re-emerging strength in China, keeping in mind that of its three restaurant brands, KFC is the biggest in China. Given these figures, it seems as if the China and emerging-market growth story is back in swing for Yum! Brands. But does this mean that it is time to buy the stock?

While this is an encouraging story, I would hold off for several reasons.

First, the stock is within a couple of percentage points of an all-time high. This high of $79.70 was reached late last year, and after a correction, the stock is back to $77.67. Generally, it isn’t a good idea to buy a stock near its all-time high. It is better to wait for a better entry point, even if this means waiting for bad news to come out.

Third, while the company stood out among its peers in terms of its profit growth and margin expansion, I am a bit surprised that it was not impacted by rising commodity prices like Chipotle Mexican Grill (NYSE:CMG) or by a strong dollar like McDonald’s (NYSE:MCD). While the dollar has begun to weaken, agricultural commodity prices have remained firm, and I think that eventually we will see this impact Yum! Brands’ bottom line.

Fourth, the company’s recovery has been strong, but management hasn’t yet proven that it is sustainable. I would rather wait a couple of quarters to confirm this than take a chance and buy the stock now. If China and emerging-market sales begin to suffer again, I think a lot of longer-term holders of the stock will start selling, and the downward momentum can get ugly. Remember that the stock never really had a correction, while often times even the best growth companies see corrections of 50 percent to 70 percent during a bull market.

Finally, despite Yum Brands’ growth rate, the company operates in one of the most competitive segments in the economy: the restaurant industry. Companies in this industry are always vulnerable to lost market share, and this risk needs to be priced into the stock.

But with these concerns in mind, Yum! Brands seems to be emerging as the best-in-breed stock in the industry. If it can sustain its recovery, it is growing rapidly and it has strong profit margins. These points indicate that Yum! Brands could be a solid long-term holding. But for now, I think the best course of action is to wait for a better entry point and to watch the company’s next couple of earnings reports.

Disclosure: Ben Kramer-Miller has no position in Yum! Brands or in any of the stocks mentioned in this article.