It’s Happening: Employers Are Literally Trying to Get in Your Head 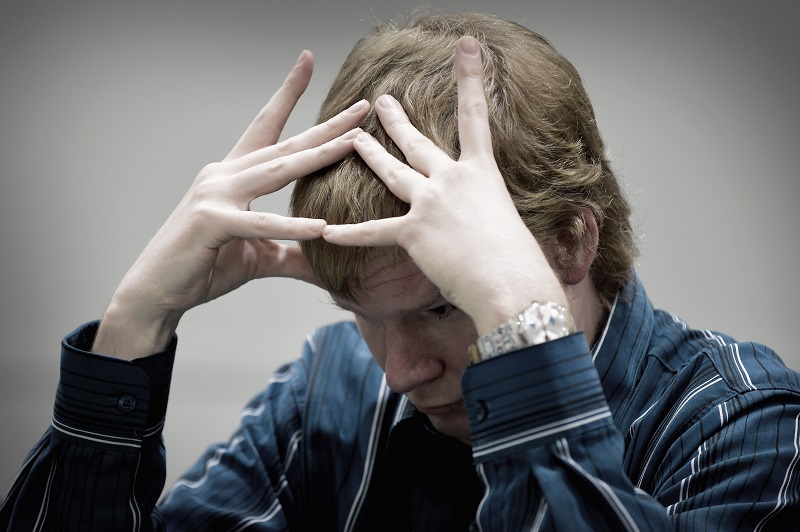 Privacy is on the chopping block. But at least you still have your own thoughts, right? You can space-out, daydream away, and typically make it look like you’re getting some work done at the office or at school, while secretly thinking about finishing your quest line for the College of Winterhold, or your workout that’s coming up later in the day.

Relish that fact, because those days appear to be numbered. Thanks to a series of new technologies, the people running the show — whether it be work or school — will soon have some insight into what’s going on in your head, and will be able to tell if you’re not being productive.

Though the technology isn’t new, and is actually being deployed in schools and workplaces nationwide, a recent Bloomberg article really got to the core of what these new management software systems can actually do. Essentially, programs will be able to track attention using “emotion analytics”, which reads your facial expressions and other physical cues to try and determine what’s going on internally.

This sort of ‘mind-reading’ technology probably sounds like a godsend to managers and teachers, who often have trouble keeping individuals on-task and up to speed. The implications are fairly wide-reaching; just imagine how lectures and presentations could be molded to keep people’s attention, or even how relatively mundane work tasks could be recalibrated to make them easier — or at least a tad more engaging.

But at the same time, it’s a bit off-putting. We already know employers are engaging in a number of different tactics with the aim to keep tabs on employees, but technologies that are literally designed to get in your head? It’s not the most comforting idea. And while employers and school districts are seemingly just starting to embrace the idea, there’s another group who have been covertly doing the same thing for years: marketers.

The Bloomberg piece itself mentions specifically that companies like Coca-Cola and Unilever have used emotions analytics to gauge consumer reactions, and there are a lot more jumping on board — all of them pouring money into research and development of better technology.

One of the more simplistic ways we have seen this deployed, and one that you probably engage in every day yourself, is through social media campaigns. Businesses and marketers use tools like Facebook and Twitter to not only spread their brand’s message, but also to get immediate feedback, which can be put to use on future campaigns. Every single “like”, “favorite”, or “retweet” sends a message to the marketing departments of these companies: you are on board with what they are doing, and want to see more of it.

But that type of interaction has been mostly passive, and most importantly, optional. Emotions analytics — or literally having a camera scanning your facial expressions and physical responses to stimuli, is clearly a whole different can of worms.

We saw just how uncomfortable people were with this idea a few years ago, when Microsoft announced that it would be including emotions analytics technology in its new video game console, the Xbox One. Microsoft’s plan was to have the device’s camera, which was included with the ‘Kinect’ portion of the console, watch and gauge reactions to advertisements, games, and shows, and then package that data and send it back. Obviously, those types of reactions would be as good as gold to marketing teams, who would be able to pull a lot more information out of physical reactions than seeing whether someone ‘liked’ something or not.

The plan was met with disgust, as people were not about to put a camera in their homes for surveillance by marketing teams. Not only that, but the camera would be able to see in the dark, and always be on. After some backlash, Microsoft axed the feature.

But clearly, that technology has a place in our future. Just ask managers or teachers. Or Hertz.

Though it’s been relegated to marketing ploys until now, emotions analytics is slowly but surely seeping into schools and places of employment. So enjoy daydreaming while you still can. In a few years, you may get hit with a write-up for it.