J.C. Penney: Trouble May Not Be Over Yet 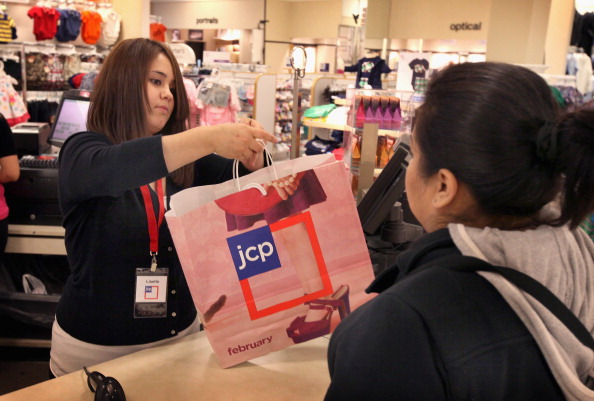 Struggling retailer J.C. Penney (NYSE:JCP) on Thursday reported earnings that surpassed analysts’ expectations. As a result, the stock surged more than 20 percent in after-hours trading. During Friday’s trading session the stock rose over 16 percent on volume of 96 million shares — five times more than normal and nearly a third of the total shares outstanding — to close at $9.73 per share.

The results and the positive market reaction have generated a slew of positive remarks on the company. However, despite the improvements in the company’s numbers there is still a lot of risk in the stock.

First, if we look at the market reaction, the reason that the stock popped so much was probably panic coming from short sellers, not new buying. Before Friday, more than 30 percent of the outstanding shares of J.C. Penney were sold short, as investors anticipated continued weakness in the company’s stock. Short selling is a very risky proposition, because while your upside is limited to 100 percent, if the stock goes to 0, your downside is unlimited because there is no limit to how high a stock can rise.

Therefore, even fundamental short sellers need to approach short selling with a trader’s mentality. This means using stop orders and cutting one’s losses if the position goes against you. In all likelihood, many of the buyers didn’t buy because they were impressed by the company’s performance. Rather, they were concerned about the market’s reaction to non-catastrophic news.

Second, the strength in J.C. Penney took the stock above the critical $9 per share level, which had not only served as resistance in the past but which was the level of the 200-day moving average. The fact that the stock rose above that level probably drew in some shorter-term traders, and this could be another factor that scared away short sellers.

Third, if we look at the actual numbers, I don’t think there was a lot about the company to brag about. Sure, sales were up from $2.6 billion to $2.8 billion year over year, but the company’s net loss actually increased by about 1 percent from $348 million to $352 million. Earnings per share improved from a loss of $1.58 per share to a loss of $1.15 per share because there are substantially more shares outstanding.

While investors were impressed that the company was able to improve its sales figures, this means very little if it cannot improve its profit figures. For instance, I can improve my sales figures tremendously if I start to sell $100 bills for $20 each, but this is hardly a sustainable business model. Until the company starts to show bottom-line improvements to match improving sales figures, the stock is too risky to own.

Fourth, if we look at the macroeconomic landscape, retailers in general are suffering. Bellwether companies from Wal-Mart (NYSE:WMT) to Home Depot (NYSE:HD) are showing signs of weakness. Retail sales are also decelerating, and inflation is picking up. Given these points, now is hardly the time to consider owning retailers unless you are buying best-of-breed retailers. As a struggling retailer, J.C. Penney is off limits except as a trade.

Ultimately there is a lot of positive momentum in J.C. Penney shares, which have doubled since bottoming earlier this year. But if we look at the bigger picture, the stock is still down from $80 per share in 2007. The fact remains that J.C. Penney is an underperforming retailer that has had a poorly executed business model in a weak retail environment. The fact that the company was able to improve sales year over year is something, but at the same time, if we look at these numbers in a broader context, they are little more than a dead cat bounce.

If you must own J.C. Penney shares, you need to take a trading mentality. This means using limit orders and stop orders. It also means taking profits when you have them, and perhaps using options to hedge your position. Sentiment has flipped very rapidly on this company, which only three months ago was headed toward bankruptcy. There’s no reason why it can’t flip back just as rapidly.

Disclosure: Ben Kramer-Miller has no position in J.C. Penney or in any of the stocks mentioned in this article.