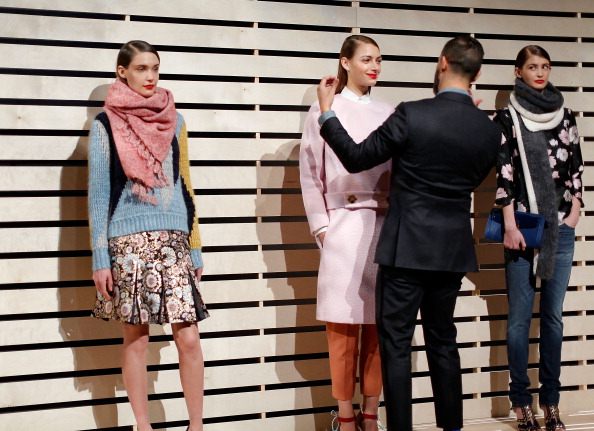 There’s been a ongoing discourse over the past couple of decades revolving around how, or if, clothing designers and retailers — the fashion industry as a whole, actually — play a part in manufacturing a specific body image for individuals to aspire to. You’ve heard the arguments before, ranging from how the airbrushed supermodels on the covers of tabloid magazines set unrealistic expectations for girls, to how body-shaming and fat-shaming practices have seeped so deeply into the public psyche that a strong and unified blowback has begun on behalf of the consuming public.

Well, one clothing retailer may have just fired the latest shot in the battle — whether it meant to or not.

J. Crew (NYSE:JCG), an American-based specialty clothing brand, recently made some serious waves in the industry by deciding to release clothes that offer a pretty snug fit, in sizes that are less than XXS. That’s extra-extra small. Clothing will now be available in XXXS, or a size of 000. This has many people in a tizzy, while the company has said through a spokesperson that they are simply catering to customer demand, according to CNBC.

“We are simply addressing the demand coming from Asia for smaller sizes than what we had carried. Our sizes typically run big and the Asia market tends to run small,” a spokesperson said. “To further put into perspective, these sizes add up to the smallest possible percentage of our overall sizing assortment.”

It was then added that the company tries to incorporate customers of all shapes and sizes, and that the newest addition to the size chart is simply a part of that strategy. “Also to note, J.Crew’s sizes run across the board to try and accommodate as many customers as possible … We run up to size 16, we carry petites and talls, and our shoe sizes run from 5-12. It’s all based on customer demand.”

Is J. Crew actually catering to customer demand, or making a statement by offering sizes so small? Whatever the reasoning, the company has reopened a dialogue about retailers’ role in shaping its customers’ body image. 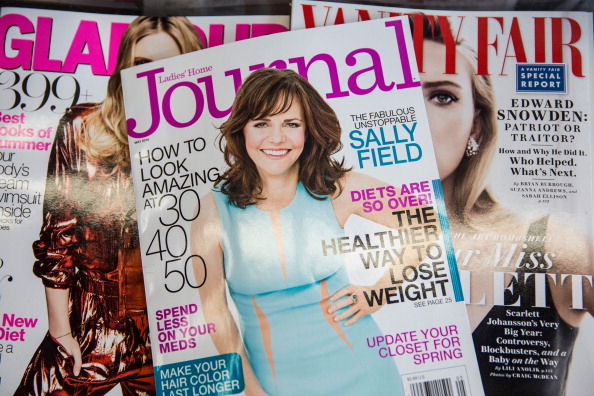 So what do the numbers have to say? Are people actually buying these clothes? Does the demand exist? The whole move seems to be targeted at the Asian markets, where body types and sizes are generally much smaller than in places like the United States. The main factor driving J. Crew’s decision could be more economical than maniacal.

A quick look at the fate of shopping malls in the U.S. is very telling, as major stores like Sears and J.C. Penney (NYSE:JCP), both former anchors in shopping centers around the country, are floundering. Both were, at one time, titans in the world of fashion retail, and have since faded away. The shopping mall has followed them. CBS News reports that no new enclosed shopping malls have been build in the U.S. since 2006, and it doesn’t look like there will be any new developments for quite some time.

As retail, particularly in shopping malls and brick-and-mortar stores has fallen on hard times in American markets, companies are upping the ante overseas. Asia is the next logical place to look, with huge populations eager to purchase westernized styles and products are rife for pillaging. Since the focus of clothing retailers is shifting to populations with smaller builds, perhaps it makes sense that J. Crew has decided to add smaller sizes to its lineup?

There may be sound reasoning backing up J. Crew’s actions, but it’s also important to remember that the fashion industry doesn’t have a clean slate when it comes to looking out for the best interests of their customers, particularly when it comes to body image issues.

For a long time, setting impossibly high expectations for how people should appear has led to eating disorders, mental illness, and even suicides. Young people have always looked to the tabloids, where fashion models and movie stars are carefully orchestrated to look like idols, despite the fact that airbrushing and Photoshop techniques are deployed to rid them of any flaws whatsoever. This doesn’t go to say that the individuals portrayed are themselves guilty of wrongdoing, but that the industry has some sort of prevailing interest in making them appear that way.

What is that interest, exactly? 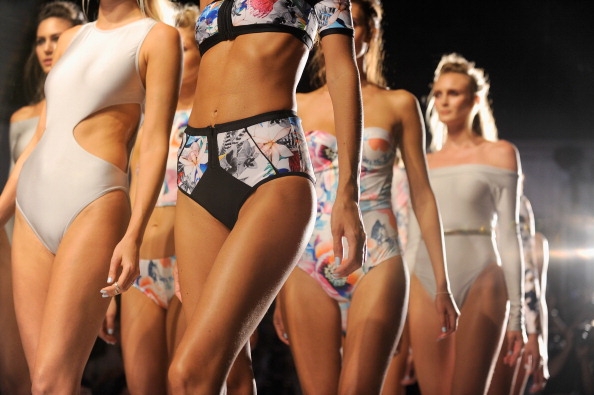 It’s hard to say what, exactly, manipulating body image is actually doing for anyone. One line of thinking is that it can be attributed towards some kind of paternalistic dominance, in which women are still viewed as objects rather than people. This calls back to a Mad Men-esque age of misogyny and gender inequality that is still felt today, although not as severely. The fashion industry may just still be stuck in the old ways of doing things, but there is an open dialogue that is leading to change.

Body image has become a major issue, and is no longer ignored as it was for decades. Celebrities have spoken on the subject, and movies and music have also touched on it as well. Even when it comes to the J. Crew case in particular, stars are speaking out. Rachael Ray, a world famous chef who now stars in her own daytime television show, weighed in on the triple-0 sizing news when speaking with NY Daily News. “Is there a need for triple 0? No, nor is there a need for great excess. I think everything is best somewhere in the middle,” Ray said.

“I don’t think you can have a valid conversation about anything unless you are in your right mind, and unfortunately whether you’re starving yourself or overeating, I think that puts us in the wrong mind. It affects your mental state when you’re feeling any extreme. I think everyone’s healthiest in the mind when we’re somewhere in the middle.”

There’s also plenty of evidence to show the media’s effect on the image of peoples’ bodies. The National Eating Disorder Association notes that while there is no single issue that leads to eating disorders and body dissatisfaction, the media doesn’t help. When stories like J. Crew’s decision to add XXXS sizing hits the headlines, it can have an impact, particularly in younger demographics.

“The effect of media on women’s body dissatisfaction, thin ideal internalization, and disordered eating appears to be stronger among young adults than children and adolescents. This may suggest that long-term exposure during childhood and adolescence lays the foundation for the negative effects of media during early adulthood.”

None of this means J. Crew has been found of any wrongdoing, or that the company has a sexist agenda in which it hopes to body-shame women into aiming for smaller body sizes. There is plenty of sound reasoning behind the company’s decision, particularly as it expands into markets that traditionally cater to smaller body sizes. But it still has to take into account the impact that it could have on the psyche of people across the country.

After all, there really isn’t any room to go any smaller on the sizing scale.