James River and the ‘Kind of’ Dead Coal Industry 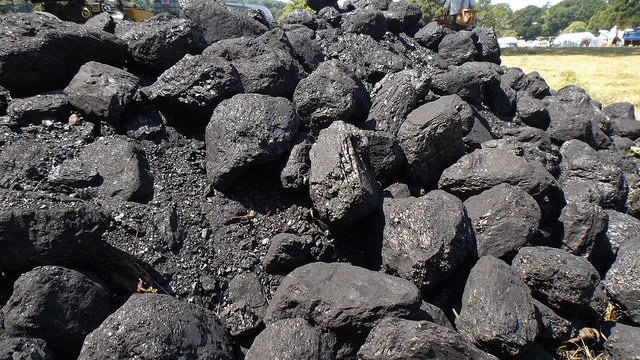 James River Coal Co. (NASDAQ:JRCC) unleashed a torrent of bad news on Monday. The company told investors that its annual 10-K report will be delayed due to a combination of complications ranging from financial to operational. James River Coal also announced that it will not be making a scheduled interest payment on $13.3 million worth of convertible senior notes  remaining from a 2011 issue.

“Additionally,” reads James River’s 8-K filing with the U.S. Securities and Exchange Commission, “given the Company’s current liquidity needs and the uncertainty surrounding the outcome of our strategic review process, our auditors have communicated to us that if they were to deliver an audit opinion based on the current circumstances, their audit opinion would contain a going concern qualification.”

The news sent shares tumbling as much as 14 percent. Year to date, James River Coal stock is down more than 57 percent and more than 72 percent year over year. The decline has been long and storied, though not entirely surprising. Increasingly strict environmental regulations and competition from the natural gas boom in the U.S. have been enormous headwinds for the coal industry. These headwinds have promoted a shift away from coal and toward cleaner-burning and often cheaper natural gas.

In 2013, the Nicholas School of the Environment at Duke University published a paper suggesting that the economic viability of 9 percent of current coal capacity is challenged by low natural gas prices, while another 56 percent of coal capacity could be challenged by the changing regulatory environment. The paper argued that environmental regulation could make it difficult for coal to remain cost competitive for use in electricity generation.

In April 2012, when natural gas prices were on their way to decade lows, the fuel accounted for nearly as much electrical generation as coal for the first time. Coal still accounts for more electrical generation, but the gap has generally been closing over the past decade (see graph below).

Even William Koch, one half of the infamous Koch brothers, who owes much of his fortune to the coal industry, has turned bearish on the fuel. Speaking to Energy and Environment News in March, Koch said, “The coal business in the United States has kind of died, so we’re out of the coal business now.” Koch has lobbied against coal-suppressing environmental regulations with variable success and ultimately blames the mix of new regulation and the natural gas boom for the headwinds facing coal.

James River Coal’s announcement that it will delay interest payments on its debt as well as its annual 10-K comes about a month after the company announced a ”that it is exploring and evaluating potential strategic alternatives for the Company, which may include a capital investment through debt and/or equity securities or a sale of all or one or more portions of the Company.”

As James River Coal noted, the outcome of this review process is still opaque, and the uncertainty that surrounds it, including turbulence in the coal market, is a contributing factor to the company’s apparently tenuous situation.

“Generally, people and businesses try to do the thing that’s most economical,” Koch told Energy and Environment News. “A lot of the profit has gone out of the coal business.”