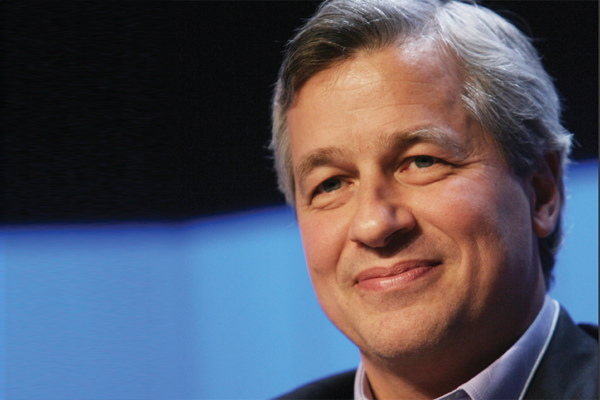 Jamie Dimon must have woken up on Monday morning mad as hell when he found competitor Citigroup (NYSE:C) had won a contract to deliver custody and securities lending services to Norway’s huge $866 billion sovereign oil wealth fund, Norges Bank Investment Management, instead of his firm, JPMorgan Chase (NYSE:JPM).

Citi said in a statement that the fund is “believed to be one of the largest of its kind in the world,” and according to The Financial Times, the deal will be for seven years. The bank will take hold of NBIM’s $866 billion in assets adding to its own $12.8 trillion in assets under custody and subcustody, according to Bloomberg Businessweek. Age Bakker, COO for NBIM, believes that Citi have demonstrated itself to be the best amongst all the financial institutions out there.

“Citi has demonstrated a commitment to the custody business through its proprietary sub-custodian network and investment in technology, enabling them to deliver custody services in an integrated, efficient, and transparent manner,” Bakker said in a statement.

Citigroup is also quite excited about the prospect of joining with Norges. “For Norges to have a partner who is on the ground everywhere was essential, particularly in the new frontier markets,” Okan Pekin, global head of investor services at Citi, told The Financial Times.

This loss of such a deal comes alongside some management changes within JPMorgan and Chase with former co-head of investment banking Mike Cavanagh leaving the firm, who overhauled $19 trillion in company assets, Bloomberg Businessweek said, will leave the firm with John Horner as head of investor relations while Nick Rudenstine remains global head of custody and fund services.

According to The Financial Times, JPMorgan Chase has been hiring staff in the meantime, and has invested hundreds of millions of dollars annually in the custodian business over the past few years. While it lost out on Norway’s oil fund, the bank hopes to win at least two similarly sized mandates in the near future.

Despite these management shakeups, unnecessary hires due to not getting the deal where these people would likely be placed to assist, and now a false investment in the custodian business, Jamie Dimon must be happy his company’s stocks are even still looking attractive to investors, according to TheStreet.

“We rate JPMorgan Chase & Co. a BUY. This is driven by some important positives, which we believe should have a greater impact than any weaknesses, and should give investors a better opportunity than most stocks we cover,” TheStreet Ratings Team reported. “The company’s strengths can be seen in multiple areas, such as its expanding profit margins, attractive valuation levels, and increase in stock price during the past year. We feel these strengths outweigh the fact that the company has subpar growth in net income.”

While Citi is getting a bit of a boost out of the contract, it is quite obvious that its competitor JPMorgan and Chase is going to be fine. One little disappointment is not going to affect it as it continues to hire more people and keep investments in the financial custodian business. Plus, it has other future fires in the oven that will help them out.